Electronic Arts has announced it is collaborating with Marvel on a long-term deal to develop at least three new action adventure games that will be available for consoles and PC.

Each of these games will be their own original story set in the Marvel universe with the first title in-development being a single player, third person, action-adventure Iron Man game coming out of Motive Studios.

Developed in collaboration with Marvel, the Iron Man game will feature an original narrative. The team is being led by Olivier Proulx, who brings experience working on past Marvel titles like Marvel’s Guardians of the Galaxy, and is joined by industry veterans including Ian Frazier, Maëlenn Lumineau, and JF Poirier at the studio.

EA also had a similar agreement with Disney, which resulted in games such as Star Wars: Battlefront and its sequel, Star Wars Jedi: Fallen Order, and Star Wars: Squadrons. 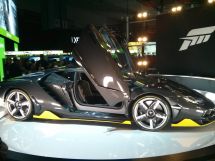