Somerville out in November

Sci-fi adventure will be releasing next month

Developer Jumpship has announced that their sci-fi adventure, Somerville, will be launching on November 15th.

In the wake of an otherworldly invasion that’s left the world in catastrophe, players will explore an atmospheric world, along with the intimate repercussions of large scale conflict, on your way to making your family whole again.

In this original IP, led by Director Chris Olsen and built in collaboration with Ex-Playdead CEO and co-founder Dino Patti, players can expect to encounter a hand-crafted narrative experience set across a perilous rural landscape.

Somerville will be available on PC, Xbox One, and Xbox Series X|S, and will be included with Xbox Game Pass at launch.

Prev:
Somerville out in November
Next:
Free Games with Gold for November 2022 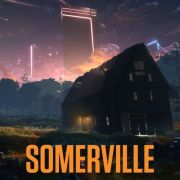 All videos for Somerville (4)