The Season Pass will include multiple DLC packs adding new heroes. Pack #1 will feature Deadpool, Pack #2 will have Venom, Pack #3 will add Morbius, and Pack #4 will have Storm. The Pass can be purchased standalone, or is included with the Legendary Edition of the game.

In addition to these heroes and their respective new abilities, each of the four post-launch downloadable content packs included in the Season Pass will introduce new story missions, a new upgrade for the Abbey, and a selection of new skins and outfits.

Marvel’s Midnight Suns is coming to PlayStation 5, Xbox Series X|S, and PC on December 2, followed by PlayStation 4, Xbox One, and Switch at a later date. WRC 8
Online
There are currently 0 members and 80 guests on the website right now. Who's On?
Activity in the past 10 minutes: 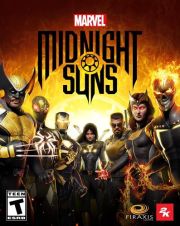 All videos for Marvel's Midnight Suns (4)