Dance game switching to new platform and current-gen only

Just Dance 2023 Edition features 40 new songs and universes, from chart-topping hits, viral internet phenomena and original songs. For the first time in the Just Dance franchise, players can enjoy the full game online with up to five players with Online Groups. All players will be connected to the host’s menu, allowing them to interact with one another through the new emote stickers system, choose songs and dance together. Online Groups will support cross-play.

Players can move up in the ranks with the brand-new progression system, allowing them to earn in-game points for each completed dance. These points will go toward unlocking new rewards, such as customizing dancer cards for the first time in Just Dance. Players can personalize by modifying the avatar, background, name badge and alias. They can also redeem points to receive emote stickers, which can be used to communicate with other players in Online Groups. Ghost Recon Wildlands
Online
There are currently 0 members and 76 guests on the website right now. Who's On?
Activity in the past 10 minutes: 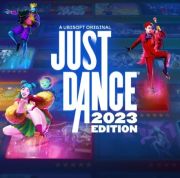