Multiple developers and their franchises are moving, including Tomb Raider and Deus Ex

Embracer Group AB has announced it entered into an agreement to acquire the development studios Crystal Dynamics, Eidos-Montréal, Square Enix Montréal, and a catalogue of IPs including Tomb Raider, Deus Ex, Thief, Legacy of Kain and more than 50 back-catalogue games from Square Enix.

In total, the acquisition includes ~1,100 employees across three studios and eight global locations. The total purchase price amounts to USD 300 million on a cash and debt free basis, to be paid in full at closing. The transaction is subject to various regulatory and other external approvals and is expected to close during July-September 2022.

Embracer has been particularly impressed by the studios’ rich portfolio of original IP, housing brands with proven global potential such as Tomb Raider and Deus Ex, as well as demonstrating the ability to create AAA games with large and growing fan bases. Embracer sees an opportunity to invest in these franchises, as well as the additional acquired IPs such as Legacy of Kain, Thief, and other original franchises.

After closing this transaction, the US will be Embracer’s #1 country by number of game developers and Canada will be #2. In total, post pending closings, Embracer will have more than 14,000 employees, 10,000 engaged game developers, and 124 internal studios. Embracer’s upcoming content pipeline includes more than 230 games with more than 30 AAA games.

Square Enix, meanwhile, only issued a brief statement, saying the transaction aligns with their future goals. Their overseas studios will continue to publish franchises such as JUST CAUSE, OUTRIDERS, and Life is Strange. 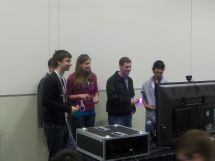 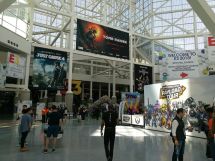 Best News this Month
Sherlock Holmes Chapter One comes to PS4 next week
Last-gen PS4 version to debut next week, Xbox One on hold

Dorfromantik Review
May 5, 2022 by gogoPra
great game to debut for a group of students, i liked its...