The game will be set in the 1800s wizarding world. The story has players experiencing life as a student at Hogwarts School of Witchcraft and Wizardry. The story showcased in the game is not a new story from J.K. Rowling. Her team have also collaborated with Warner Bros Games on all aspects of Hogwarts Legacy to ensure it remains a true part of the Wizarding World experience and is in line with the creativity and magic that fans expect. Because of the early timeline, players won't meet Harry Potter, Hermione Granger or Ron Weasley in the game.

Players will grow their character’s abilities by mastering spells, brewing potions, and harvesting magical plants. Players will also encounter missions and scenarios that will pose choices. One such choice is the Hogwarts house at the start of Hogwarts Legacy. Players can further customize their character at the onset of their adventure. As they progress, they’ll also be able to develop their own special combat style. 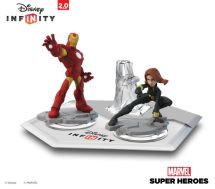 Disney Infinity: Marvel Super Heroes
Online
There are currently 0 members and 75 guests on the website right now. Who's On?
Activity in the past 10 minutes:

All videos for Hogwarts Legacy (2)