2K has announced that WWE 2K22 is available now.

After taking a year off, the series returns featuring Rey Mysterio on the cover in celebration of his 20th anniversary as a WWE Superstar, and promises an overhaul, including a redesigned engine and gameplay, improved visuals, new controls, multiple new game modes, and an immersive presentation and camera angles throughout.

WWE 2K22 also features a diverse soundtrack curated by Executive Soundtrack Producer Machine Gun Kelly, who will be available in a future downloadable content pack as a playable character.

WWE 2K22 is out today for PlayStation 4, PlayStation 5, Xbox One, Xbox Series X|S, and PC. 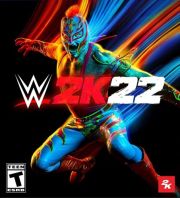