Modus Games have announced the launch of In Sound Mind.

In Sound Mind is a first-person psychological horror experience that pits players against the unpredictable dangers stirring deep within memories. Created by the team behind the Nightmare House 2 mod, and featuring a soundtrack by The Living Tombstone, In Sound Mind twists seemingly simple recollections into shocking encounters with terrifying threats, and a mysterious talking cat for good measure.

The game is available today on PC (Steam, GOG and Epic Games Store), PlayStation 5 and Xbox Series X|S. The Nintendo Switch version of the game will be released at a later date. 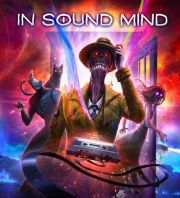