NACON and KT Racing studio have announced new details about the planned launch of WRC 10.

To celebrate the 50th season of the Championship in 2022, developers from KT Racing imagined a brand-new Anniversary Mode tracing some of the most outstanding rounds of the competition. In emblematic countries of the WRC, including 6 rallies never seen before in the official saga of video games, slip into the skin of the greatest drivers and relive with them the most spectacular moments of their career, with the vehicles and the weather conditions of the time.

Fans can get the Deluxe Edition of WRC 10, offering an early access to the full game 48h before the release, as well as Historical event: Tommi Mäkinen behind the wheel of the Mitsubishi Lancer Evo 5 at Rallye Sanremo 1998; Super Special Stage: Arena Panzerplatte of Rallye Deutschland reproduced at 1/1 scale; Career Starter Pack: Teams Members to reinforce your staff, and a pack of stickers for the livery editor; and 3 months free access to WRC +, the official digital platform of the WRC, giving access to every live streaming and videos of the Championship.

All pre-orders for WRC 10 in Standard or Deluxe Edition will have access to an additional historical event of Rally Sanremo: the famous Colin McRae driving the Subaru Impreza WRC in 1997.

WRC 10 will be available on September 2, 2021 on PlayStation 4, PlayStation 5, Xbox One, Xbox Series X|S, and PC. It will also arrive on Nintendo Switch at a later date. 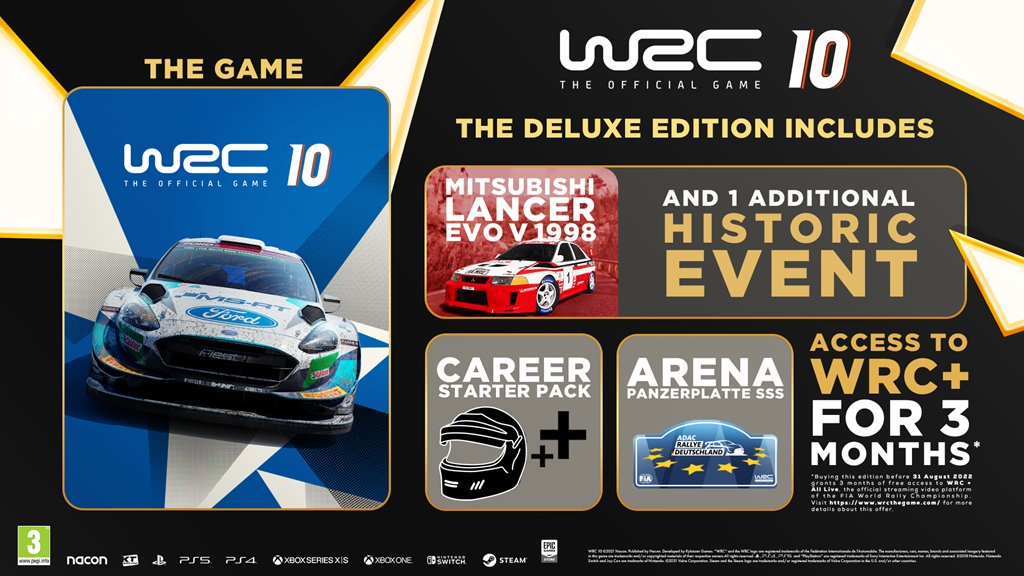 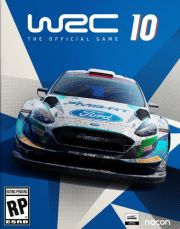