Free PlayStation Plus games for March 2021

Major franchises are offered for free to subscribers next month

Sony has announced the lineup of free PS Plus games for March 2021.

PS4 subscribers will get a free copy of Final Fantasy VII Remake. This is a reimagining that rebuilds and expands the RPG for today. The world has Fallen under the control of the shinra electric power company, a shadowy Corporation controlling the planet's very life force as mako energy. Cloud Strife, a former member of shinra's Elite soldier unit now turned mercenary, lends his aid to the group, unaware of the consequences that await him.

Also on PS4, players can download their free copy of Remnant: From the Ashes, a third-person survival action shooter set in a post-apocalyptic world overrun by monstrous creatures. As one of the last remnants of humanity, you’ll set out alone or alongside up to two other players to face down hordes of enemies and bosses, and try to carve a foothold, rebuild, and then retake what was lost.

Making its PlayStation 5 debut as part of next month’s PlayStation Plus lineup, Maquette sets you in the center of a world the rules of which are very different from our own. Solutions to puzzles require you to twist the world recursively – manipulating the landscape of a diorama will see those changes mirrored in the life-sized version that surrounds you.

Last but not least, PS4 VR owners can also download Farpoint, a free-roaming, first-person PS VR shooter. Optimised for the PlayStation VR Aim controller and fully playable with a DualShock wireless controller, strike out towards your crashed space station solo or with a friend in online co-op.

These games will be available until April 5, 2021. 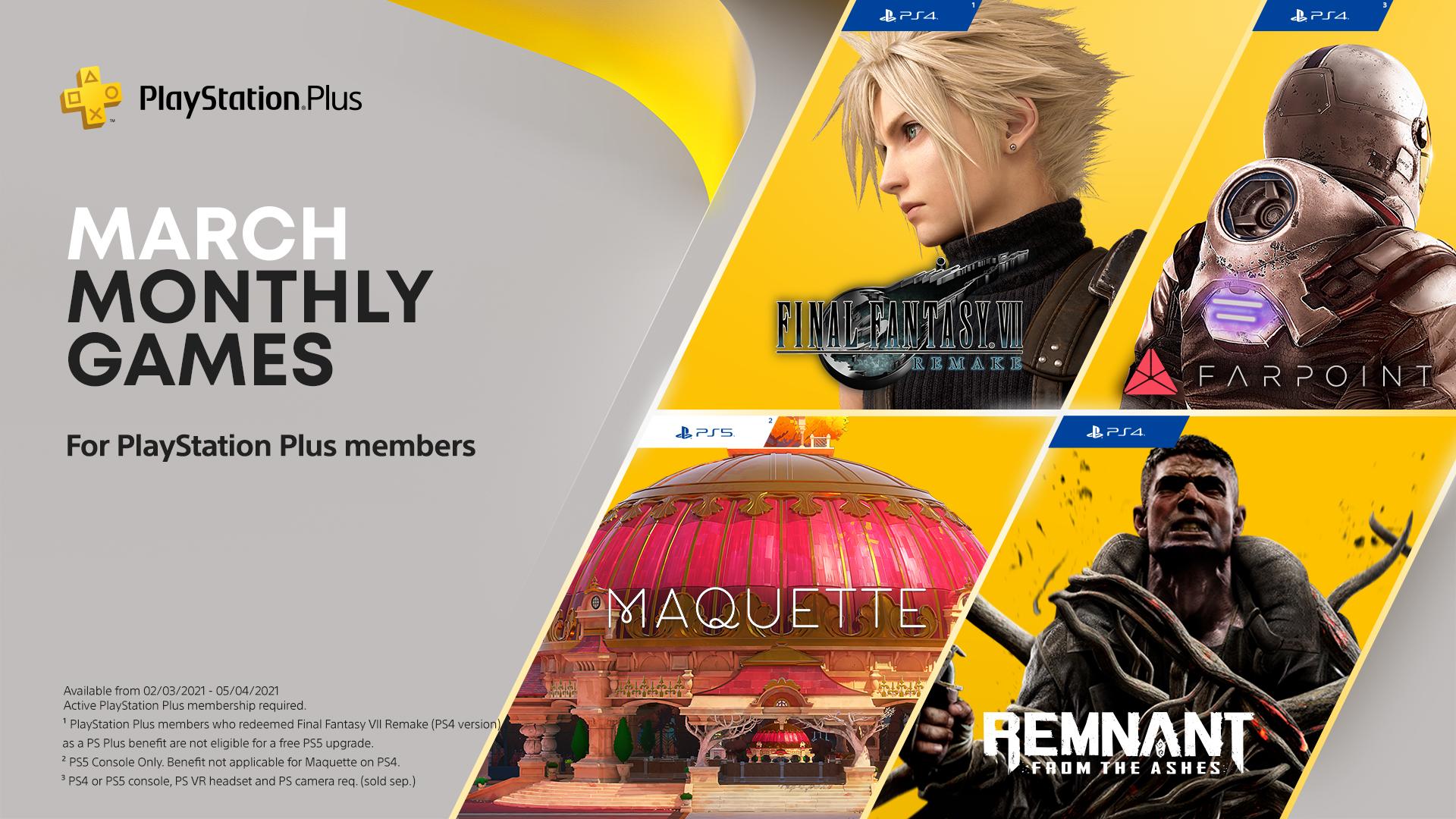 Free PlayStation Plus games for April 2021
A lot of action offered for free next month to subscribers
19 days ago
Super Meat Boy Forever coming to consoles next week
PS4 and Xbox One version of platformer is releasing shortly
12 days ago
MLB The Show 21 out now
Annual baseball game arrives on new consoles, and new generation
Yesterday
Hitman 3 gets first DLC next week
First of Seven Deadly Sins expansion series for stealth game
28 days ago