Remnant: From the Ashes Review

As the cost of video game development continues to climb, many malign the loss of the lower "AA-tier" budget release. THQ was one such publisher that made its name on games backed by licensed properties and lower-budget stabs at various open-world ideas that came with more whacky and fun-loving personalities. THQ's bankruptcy in 2012 was the death knell for games of its ilk as indies flooded the market with reasonably-priced and passion-fueled projects. 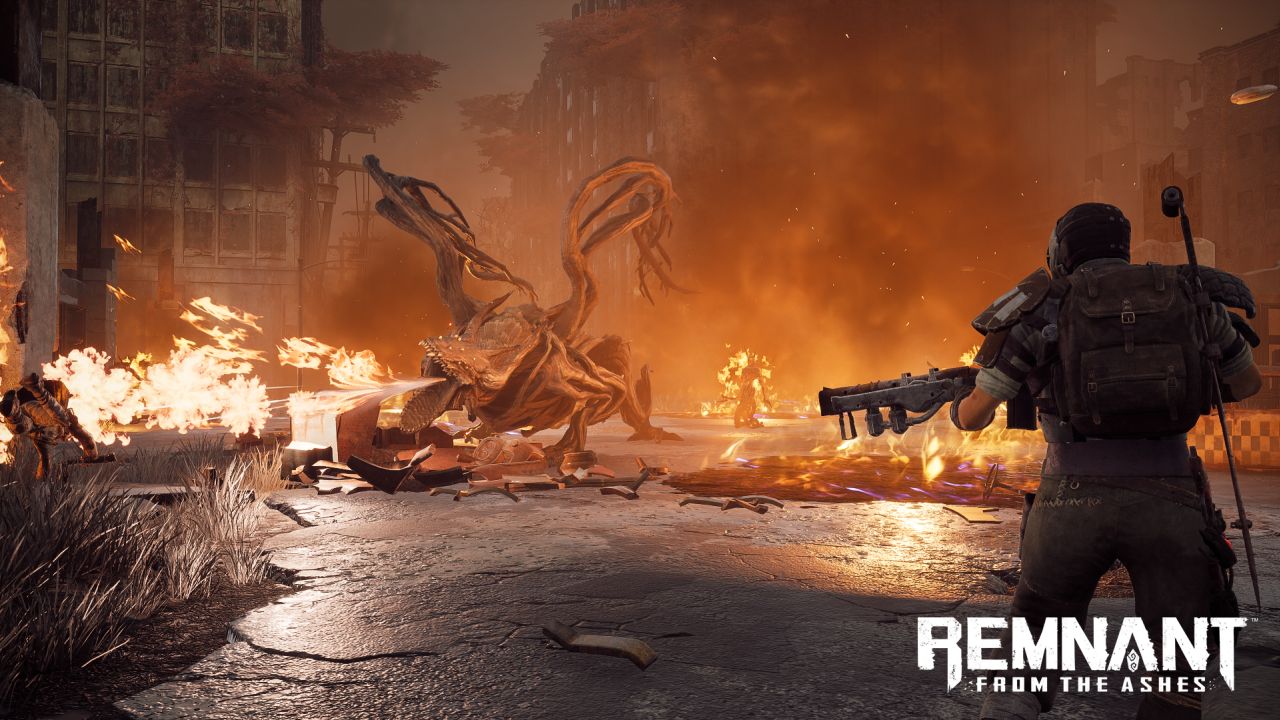 However, we are beginning to witness yet another shift. Not only are mid-budget titles regaining steam under the THQ Nordic moniker, but lower-budget releases are finding their footing once again. Remnant: From the Ashes is another instance of these changing times – it's a largely linear third-person shooter from the studio that most recently worked on Darksiders III. It doesn't exude AAA production values, nor does it shy away from borrowing many of its ideas and concepts; but Remnant is still a surprisingly good time that harkens back to an era in which that's all a video game had to be.

Remnant: From the Ashes doesn't cost full retail price, but it won't fool you into thinking it does. It sports a very "Unreal Engine-y" look and a pretty paint-by-numbers post-apocalyptic plot at the outset. After creating a character from a modest selection of presets, you're served up an introductory cutscene that doesn't look great. The character models look too stiff in every one of the game's cinematics, and the voice acting is painfully inconsistent. You meet an adolescent boy in the game's opening moments, and his subpar voiceover undercuts the more serious and sinister tone that Gunfire Games was going for – and those irreconcilable inconsistencies are a problem throughout.

There are a few finer details around the edges that further highlight Remnant's lack of the typical blockbuster backing. Assets are reused throughout just enough to be noticeable, environmental text looks superficially superimposed over in-game objects, and chests merely materialize their loot a few feet above the ground after which it all unceremoniously plops onto the floor. None of these smaller details do much to detract from the experience on their own, but they can prove distracting when taken together.

Remnant's messy level design doesn't help to smooth over that roughness around the edges. It's a simple A to B third-person shooter with linear levels and big boss fights, but the layout of each map is randomly generated. The enemy types, level order, and area themes all remain the same across every playthrough; but your path to a stage's exit will be different. 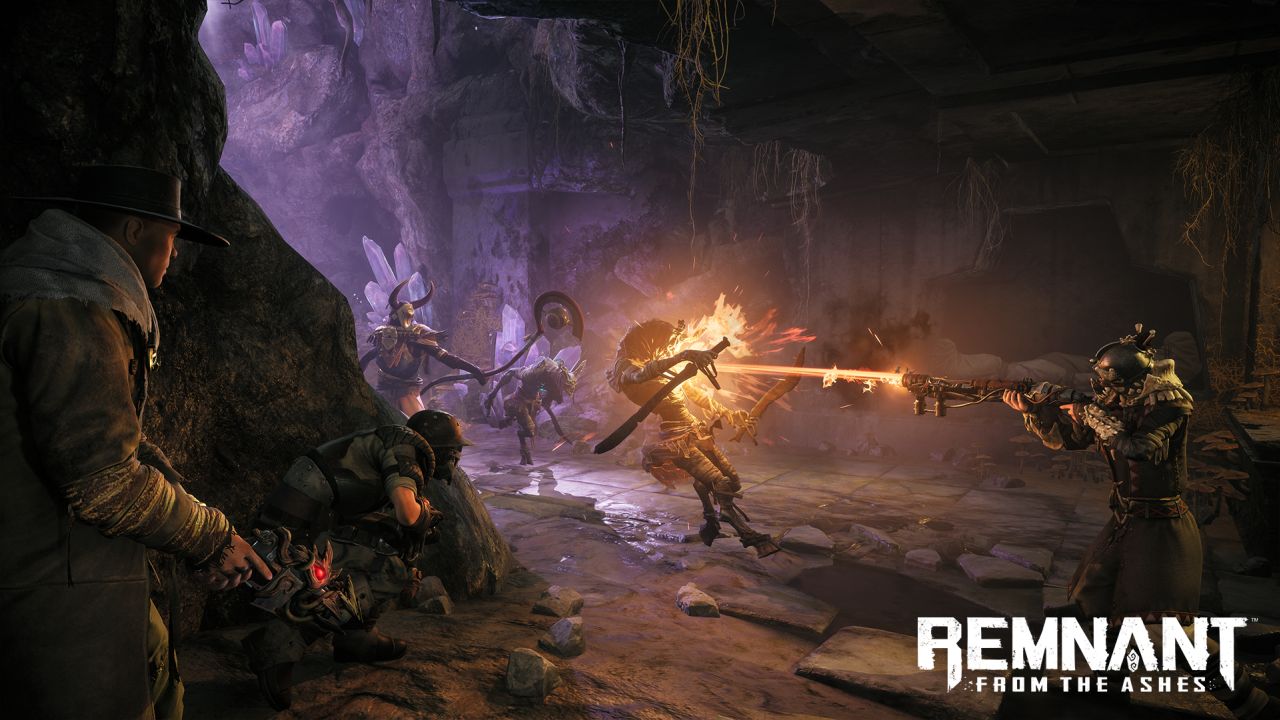 While randomizing the levels in this fashion would theoretically allow for near-infinite replay value, it instead garbles the game's areas up into weird interconnected chunks that are chock-full of dead ends and seemingly pointless detours. What might appear to be a hidden alcove full of goodies is usually instead just an empty crevice that solely serves to waste your time. There are still secrets and hidden goodies, but they often aren't far off the main pathways, so exploring around the edges of the linear maps proves fruitless.

The random generation algorithm often doesn't spit out levels that are well paced either. Each one will have stretches at the beginning or end without any enemies where you're stuck spending a minute or more slowly running to where you want to go. The movement speed is much more conducive to smaller-scale hallways, but you're forced to traverse large swaths of empty land at times which proves to be far from exhilarating.

While not without its notable flaws that never quite iron themselves out, if there's anything Remnant gets right – it's the gameplay. You do a lot of shooting, and it all feels phenomenal. The third-person controls are all tight and responsive whether you're playing on a keyboard and mouse or your controller of choice. The default key mappings are a bit bizarre, but there's nothing stopping you from changing them to your liking. You can dodge on a dime, whip around to find a flanking foe with ease, and line up your shots with no friction on the control front.

Gunfire Games further demonstrates a startling proficiency at third-person shooter combat with their attention to detail in the sound and visual department. You'll encounter many maniacal monsters of all shapes and sizes, but they each have a unique visual identity that draws your attention to the weak points. Humanoid creatures usually have a head that's weak to gunfire, but that's not always the case thanks to some inventive enemy designs and creative curveballs that are frequently thrown your way. Every enemy type also exhibits different behavior and has its own set of attacks, but clever audio cues always telegraph when you should be paying close attention to properly time a dodge. 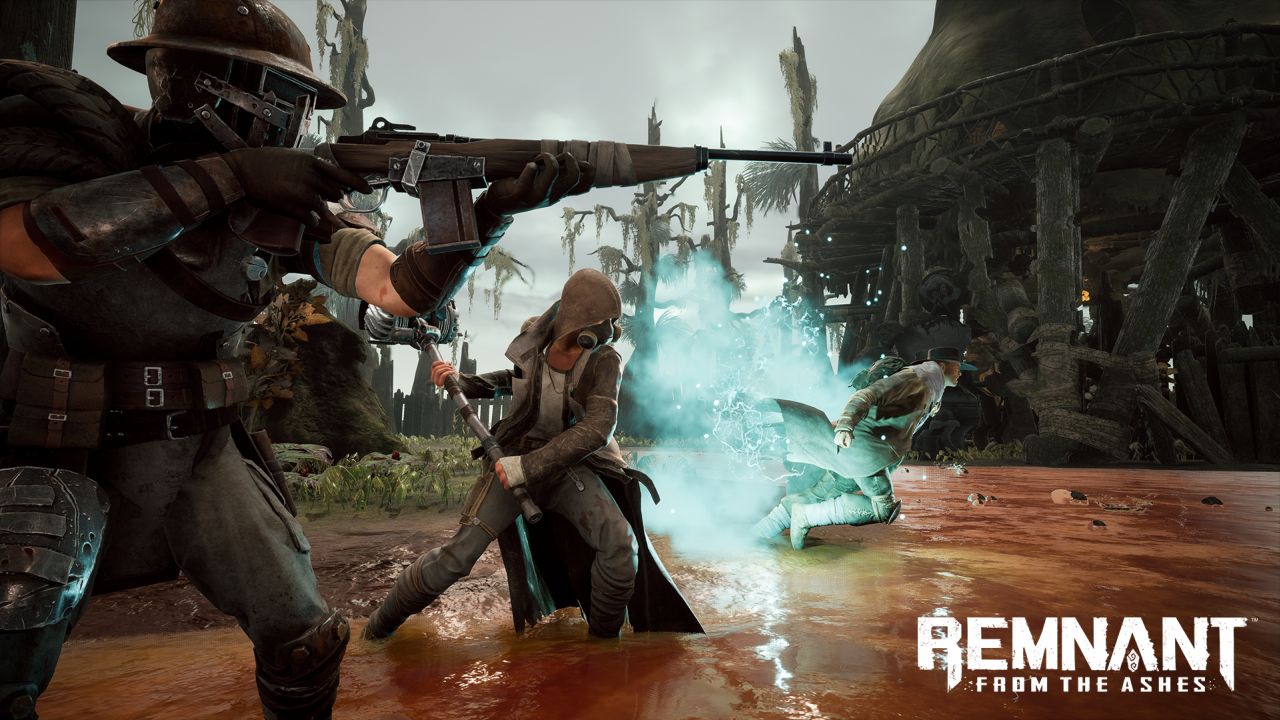 There's also a healthy helping of boss battles that are universally excellent. While many of them fit the typical mold of big guy with a huge health bar, there are a handful of encounters that toy with the boss fight formula in fun and interesting ways. Sometimes there won't even be a boss to fight, but rather a predetermined challenge to face – one such challenge has you destroying a series of resurrection stones while trying to avoid and deal with an endlessly respawning horde of skeletal enemies. Every boss encounter ends up being an enticing surprise while still providing a challenge that's satisfying to overcome.

The vast variety of locales, enemies, and encounters keeps Remnant: From the Ashes fresh despite its fairly repetitive and linear third-person shooter structure. While it doesn't make a good first impression with its typical post-apocalyptic rundown cityscape opening, you'll quickly find yourself exploring ominous ruins and voyaging through colorful swamps to name only a few of the surprises that lie in store. Each new area comes complete with a handful of unique bosses and enemy types that further freshen things up, and they do a great job at maintaining an unpredictability that requires you to stay on your toes.

To top it all off, the character progression is a combination of simple but satisfying systems that adequately back up all the gunfighting gameplay. You choose one of three character archetypes – they're essentially a sniper, an all-rounder, and a heavy – and you start out with a couple of class-specific weapons that can be upgraded back at your home headquarters to keep up with the growing health bars of your foes. There are only a handful of crafting materials to collect, so upgrading is simple and straightforward. All you need is enough iron and money to make your weapon deal a bit more damage or to give your armor a defensive boost.

In addition to upgradable equipment, you'll gain experience to level up and pump points into your traits. These traits aren't game-changing, but they give small buffs to things like total health or reload speed and provide just enough of an edge to make you feel as though you're steadily becoming more powerful. There are also a few craftable weapons and attachable mods to spice things up a bit. It all sounds like a lot on paper, but these systems are simple, easy to grasp, and never get in the way of the gratifying gunplay. 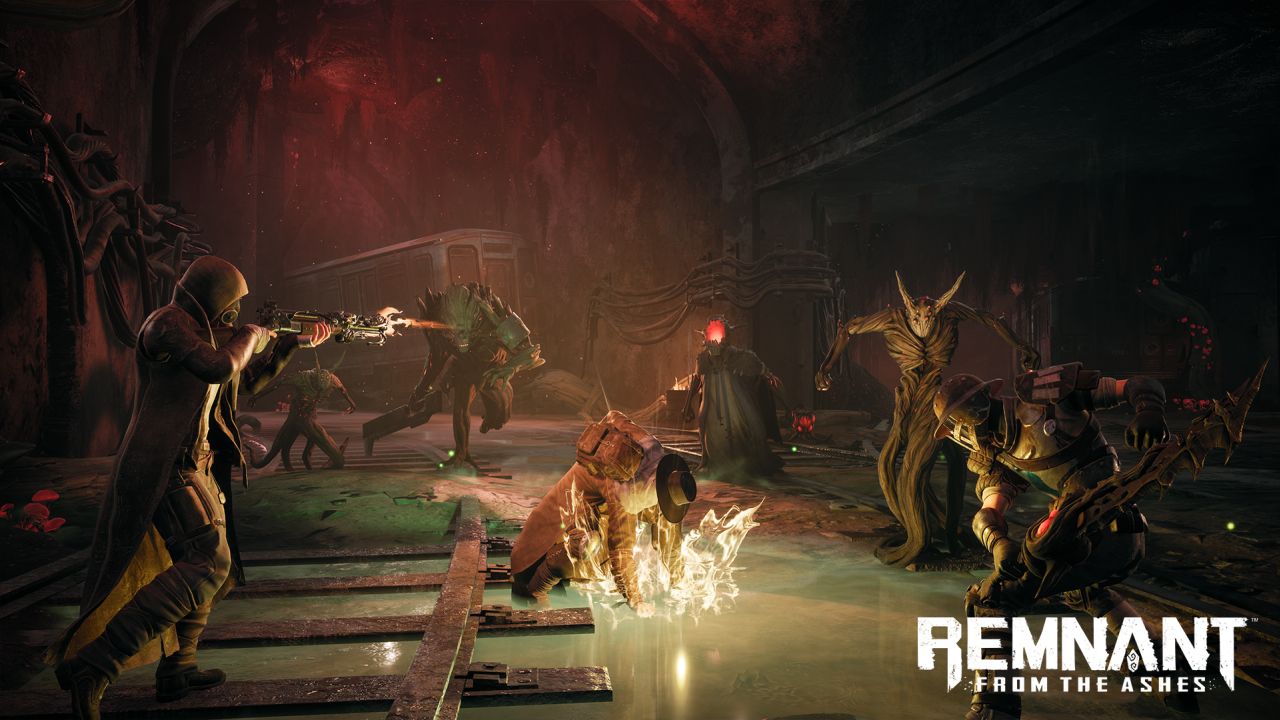 If you'd prefer to face the many fiends with a friend, the entire game can be played cooperatively with up to two other people. You can open your session up to other players, invite someone into your party, or join someone else's public game with ease. Lag didn't prove to be a major problem, nor did getting into games successfully on a first attempt which isn't even the case for games with the biggest of budgets.

As a game that allows for cooperative play the whole way through, Remnant was clearly designed with co-op in mind, and you benefit from having a buddy. Many weapon mods and skill traits are catered toward parties, and making effective use of them to create powerful synergies of death-defying demon destruction is endlessly satisfying. The game's difficulty does ramp up with more enemies and bigger health bars when another player joins in though, so playing cooperatively is still a challenge despite your added abilities. The open maps make much more sense in a cooperative setting as well, which helps to alleviate some of the pacing problems. Thankfully, the entirety of Remnant is still enjoyable and entirely playable by yourself; but it's slightly more so when you've got a friend or two with you.

Remnant: From the Ashes is a bit rough in some fairly significant ways – there's no denying it. Many of its finer details feel as though they have gone completely neglected. There's the slapdash story cinematics that don't match the game's tone at all, and the hilariously short game over screens that come with quotations that disappear before you get a chance to read a mere few words from whatever it is Edgar Allen Poe wrote about death. That amateurish ambivalence makes it all the more surprising how superb the third-person shooting mechanics are and how satisfying the simple character progression is. The competency with which the gunplay was clearly crafted makes the shortcomings almost seem intentional. In context, the game's flaws come off as the silly symptoms that proved to be unavoidable when making a game like this on a budget. That may not be the case in all actuality, but the fact remains that Remnant: From the Ashes is still so gosh darn fun and somewhat endearing because of it.

Our ratings for Remnant: From the Ashes on PC out of 100 (Ratings FAQ)
Presentation
60
Cutscenes are stiff, voice acting is inconsistent, assets are frequently reused, and many finer flourishes are absent. However, Remnant's visual variety and flat-out rad-looking designs still provide some stylish eye candy.
Gameplay
85
Remnant is propped up by its gratifying gunplay. Smart sound design, finer attention to enemy design, and tight controls make shooting its monsters consistently enjoyable. A satisfyingly solid system for progression keeps you steadily strengthening your character in preparation for the game's many challenging encounters.
Single Player
70
The story has some interesting secrets and lore-building in its latter half, but its surface-level plot is far from compelling. On the other hand, the story knows to stay out of the way to let you get back to enjoying the wealth of gameplay that provides adequate longevity and variety.
Multiplayer
80
The game was built around cooperative multiplayer, and it's where everything is at its best. Carefully coordinating abilities while mowing down the waves of monsters feels even better with two friends courtesy of the incredibly tight combat mechanics.
Performance
(Show PC Specs)
CPU: Intel Core i5-4690K @ 3.5ghz
GPU: Nvidia GeForce GTX 980
RAM: 8GB
OS: Windows 10 Pro 64 bit

70
A decent gamut of graphics options help to ensure Remnant will run well on a wide variety of hardware. One area does have some performance problems and suffers from slowdown, but it's not widespread.
Overall
74
Presentation and polish aren't its strong suit, but Remnant: From the Ashes features gripping third-person gunplay and simple but satisfying progression that enable enticing entertainment regardless of whether you're playing cooperatively or solo. The visceral variety and delightful design of the environments and enemies elevate Remnant above other Dark Souls doppelgangers. 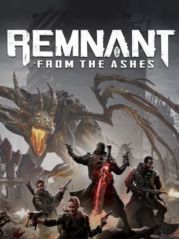 All videos for Remnant: From the Ashes (3)
Advertisement ▼