Activision has announced the deatails on the future of Call of Duty: Warzone, the free-to-play battle royale shooter.

To synchronize player progression across all three games, your initial (Military) rank will be reset within Modern Warfare and Warzone at the start of Black Ops Cold War Season One. This reset is synchronized to your current progression level in Black Ops Cold War when Season One begins. Everything you’ve previously unlocked remains available (like Weapons, Perks and Killstreaks in Modern Warfare for example).

At the start of Season One expect every weapon from Modern Warfare and new weapons from Black Ops Cold War to be accessible in Warzone, including Blueprints and camo variants. Mix and level up weapons both in Warzone and the game the weapon originated from.

Content may be temporarily or permanently removed from Warzone in the future, based on game or thematic changes, technical or legal requirements, and/or storage limitations. Complete deatils can be found on the Activision blog.

Call of Duty: Warzone is available on PC, Xbox One, and PS4, and will launch on Xbox Series X|S and PS5 next week. Call of Duty: Black Ops Cold War launches next week on all platforms. 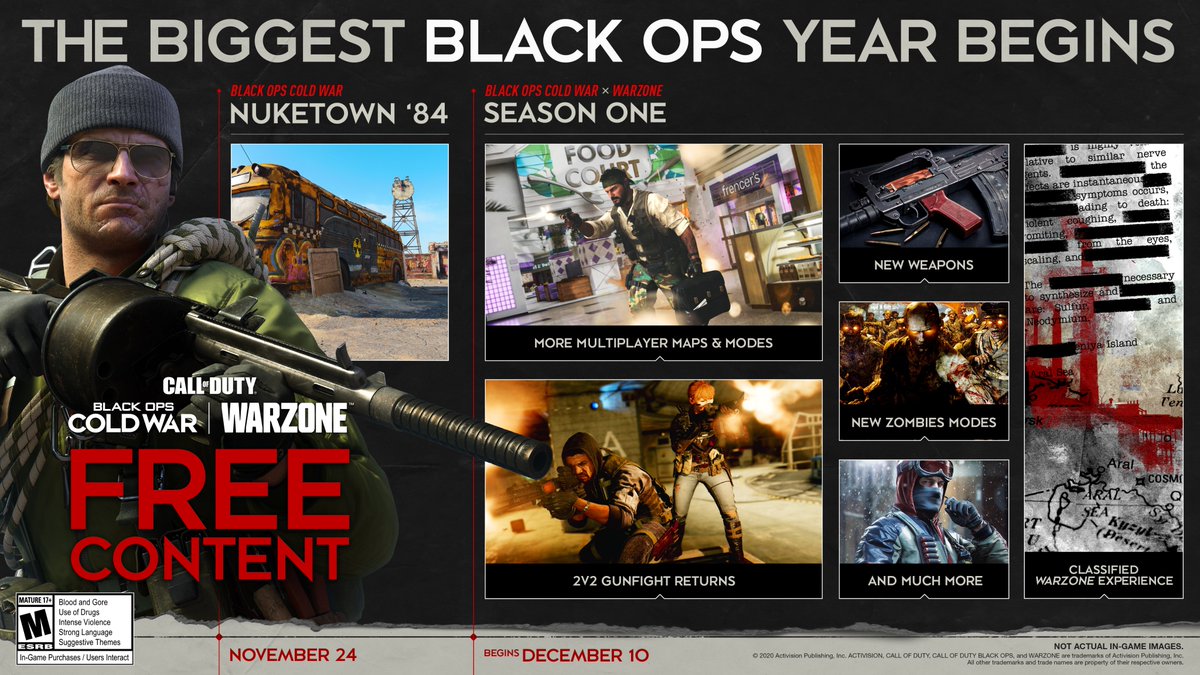