Free Games with Gold for November 2020

Adventures and arcade on offer next month

Microsoft has announced the Xbox Games with Gold lineup for November 2020.

Available November 1 to 30 for free to Xbox Live Gold members on Xbox One is Aragami: Shadow Edition. Embark on a dark journey full of blood and secrets. Including both the original game and its prequel, Nightfall, play as the undead assassin with the power to control the shadows.

Later from November 16 to December 15 on Xbox One members can download Swimsanity!: team up with four friends and deploy a variety of unique powerups and weapons, or battle it out against each other to be the last Mooba standing.

From November 1 to 15, members can download Full Spectrum Warrior. What began as a training aid for the U.S. Army, ended up as a realistic Infantry-level urban warfare simulator. Command Alpha and Bravo squads using authentic infantry protocols, in an urban environment with danger around every corner.

And finally from November 16 to 30, members get a free copy of Lego Indiana Jones. The Original Adventures takes Lego and combines it with the action of the classic films. Build, battle, and brawl your way through all your favorite cinematic moments in the tongue-in-cheek Lego style. 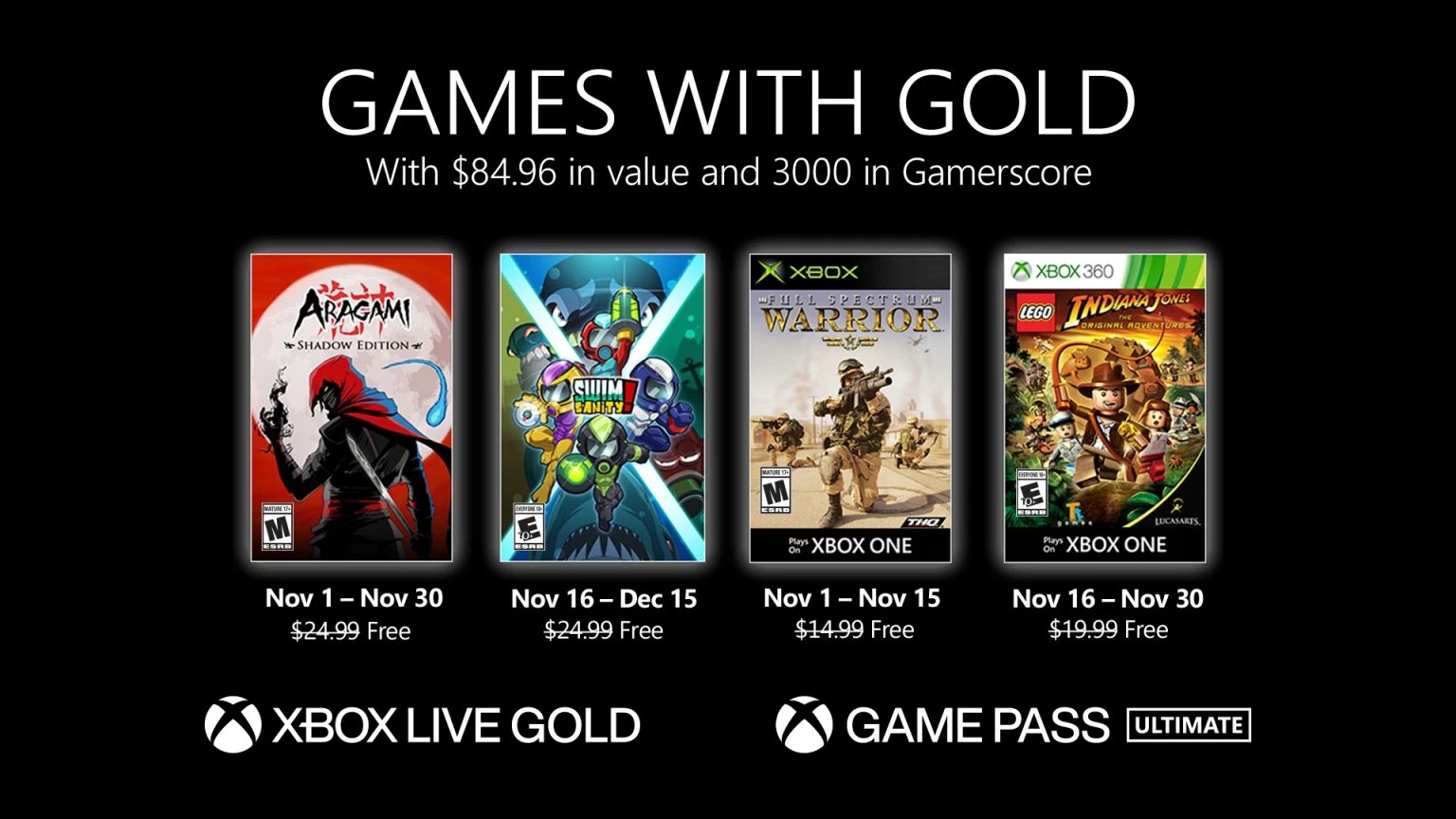 Aliens vs Predator
Online
There are currently 0 members and 69 guests on the website right now. Who's On?
Activity in the past 10 minutes: