Free Games with Gold for October 2020

A variety of horror games offered next month to members

Microsoft has announced the Xbox Games with Gold lineup for October 2020.

Available October 1 to 31 on Xbox One for members is a free copy of Slayaway Camp: Butcher’s Cut. Paying homage to classic ‘80s trash horror, play as Skullface, an adorably demented villain, out to terrorize camp counselors and any other blocky victims he finds.

Later, from October 16 to November 15 on Xbox One members can download Maid of Sker, a first-person survival horror, set in a remote hotel with a gory and macabre history from British folklore. Armed with only a defensive sound device, you’ll utilise stealth tactics to avoid death amongst a cult of sound-based AI enemies.

Meanwhile, Xbox One & Xbox 360 members can download Sphinx and the Cursed Mummy from October 1 to 15. Inspired by the mythology of ancient Egypt, play as Sphinx, and his reluctant hero friend, the Mummy, as they travel the world to foil the evil plans of Set. Use stealth, agility, and special powers to find the stolen magical crowns of Egypt and save the world.

Last but not least, from October 16 to 31 on Xbox One & Xbox 360 members get a copy of Costume Quest, an adventure RPG. Complete numerous quests, build up your party, and take down evil in the Halloween tale. 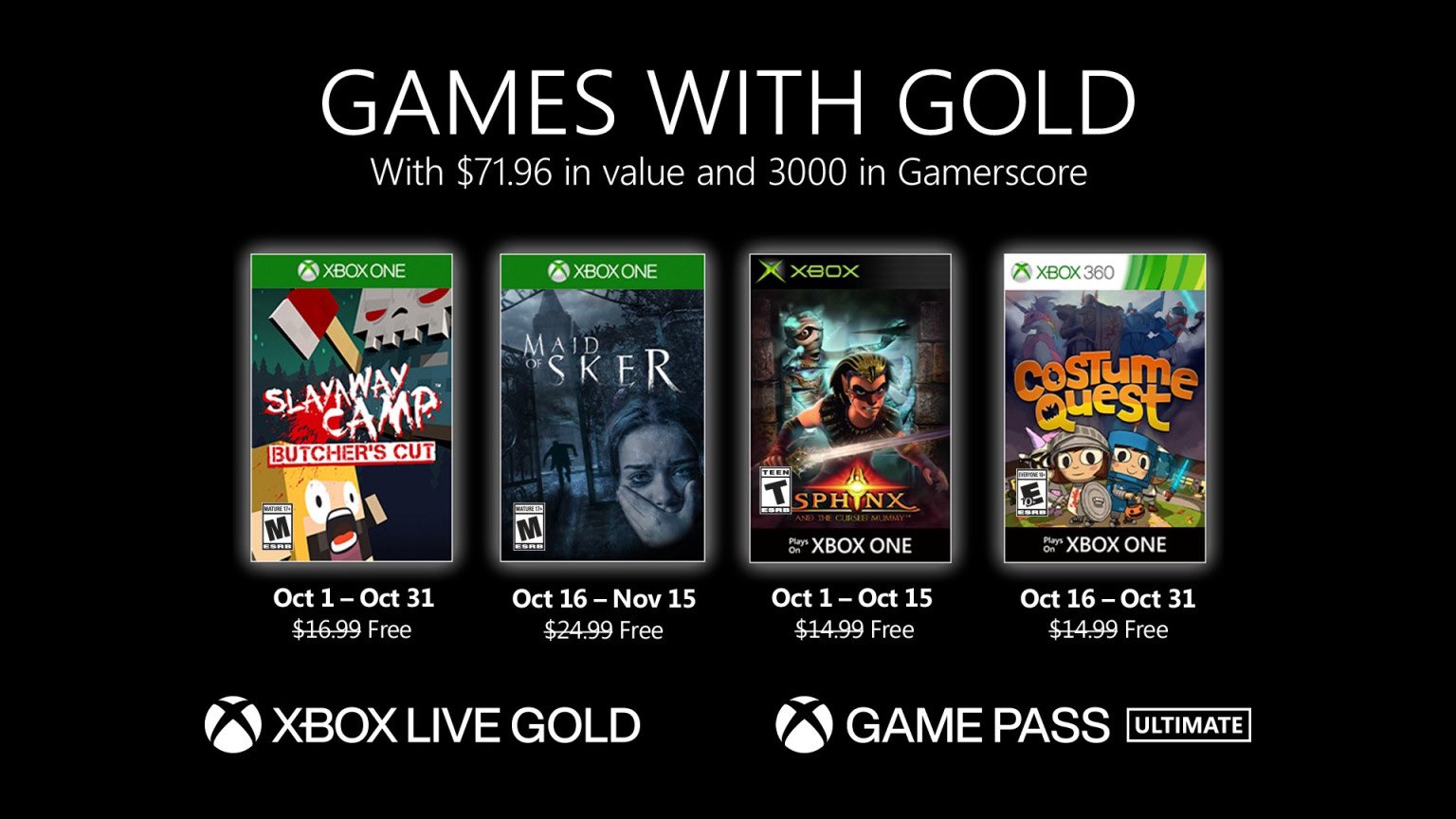 El Shaddai: Ascension of the Metatron

Terraria
Online
There are currently 0 members and 80 guests on the website right now. Who's On?
Activity in the past 10 minutes: