Changes to Warzone and new maps for multiplayer

In Warzone, the Acropolis National Arena (AKA Verdansk Stadium) is receiving a multitude of new visitors thanks to a new opening in the ceiling. The Verdansk Train Station is also open for Operators. The station buildings feature a number of inside locations to explore; all linked to the main ticket hall and platforms.

There's also a new train that rolls through one of the main arterial railroad tracks that circumnavigates the southwestern part of Verdansk in a large loop.

Season Five is also set to deliver new game modes, as well as playlists, mosh pits, and other additional updates during the Season. Complete details can be found at the Activision Blog.

Modern Warfare Season Five is available now on PC, Xbox One, and PS4. 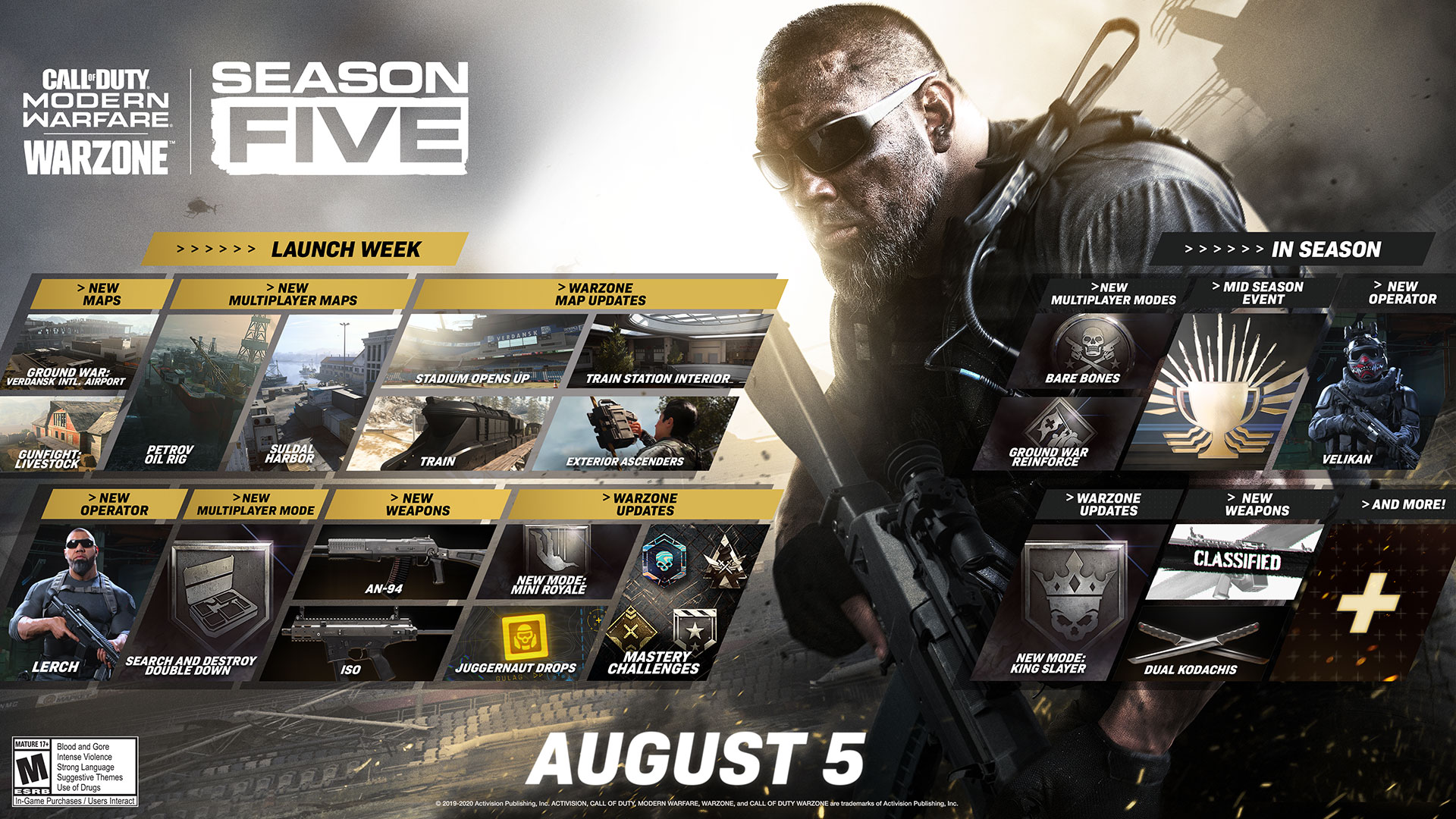