New game in the spin-off franchise is coming this summer

Mario faces one of his most thrilling challenges yet in Paper Mario: The Origami King when the dangerous King Olly unleashes his plan to fold the entire world. He’s bound Princess Peach’s Castle in giant, coloured streamers and transported it to a distant mountain. He’s even transformed Bowser’s minions into Folded Soldiers and enlisted them in his treacherous cause.

Mario is equipped with a range of new tools at his disposal to help secure victory. One of Mario’s new abilities, called 1000-Fold Arms, allows you to interact with the landscape by stretching out and pulling, peeling and revealing new locations, helping you to solve puzzles and more. Along the way, you’ll enlist the help of characters such as King Olly’s good-natured sister, Olivia, and Bowser himself.

The game also introduces a new ring-based battle system that lets you flex your puzzle-solving skills to line up scattered enemies and maximize damage.

Paper Mario: The Origami King will launch July 17 for the Nintendo Switch. 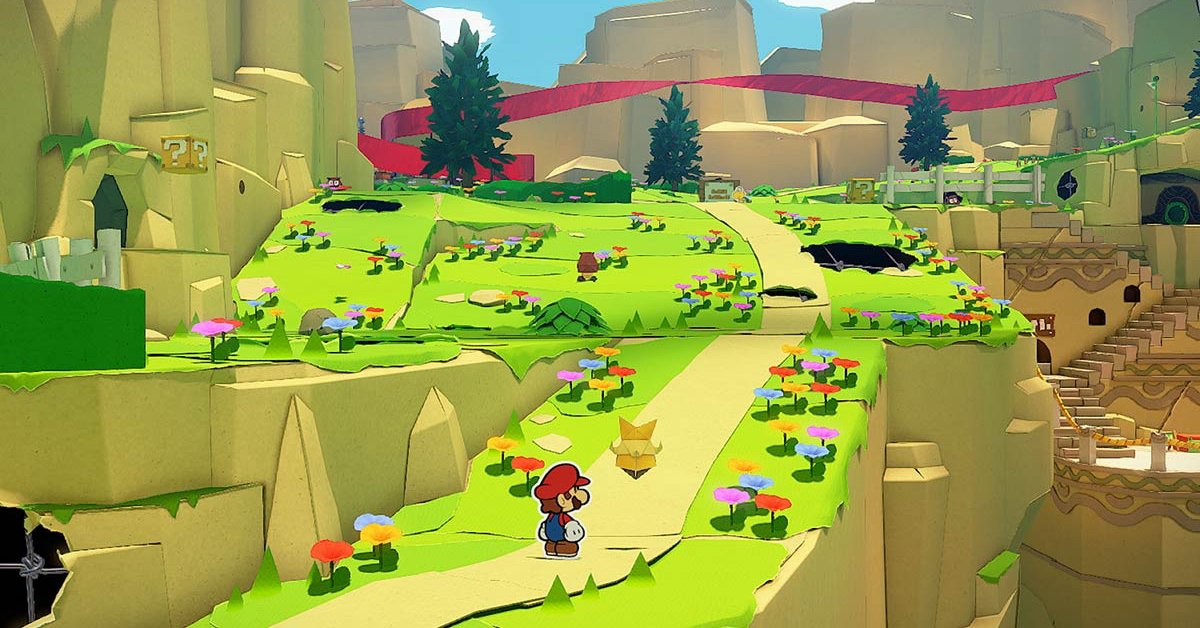 All videos for Paper Mario: The Origami King (3)