The free to play shooter is off to a quick start

Activision has announced that Call of Duty: Warzone has now reached over 30 million players.

The free-to-play shooter launched last week, and features two gameplay modes. In Battle Royale, fight to be the last squad standing while escaping the deadly gas in the swiftly closing circle with up to 150 players. In Plunder, the race is on to collect the most in-match Cash by looting across the map, taking down enemies to steal their Cash, and completing in-match Contracts.

Call of Duty: Warzone is available on PC, Xbox One, and PS4. 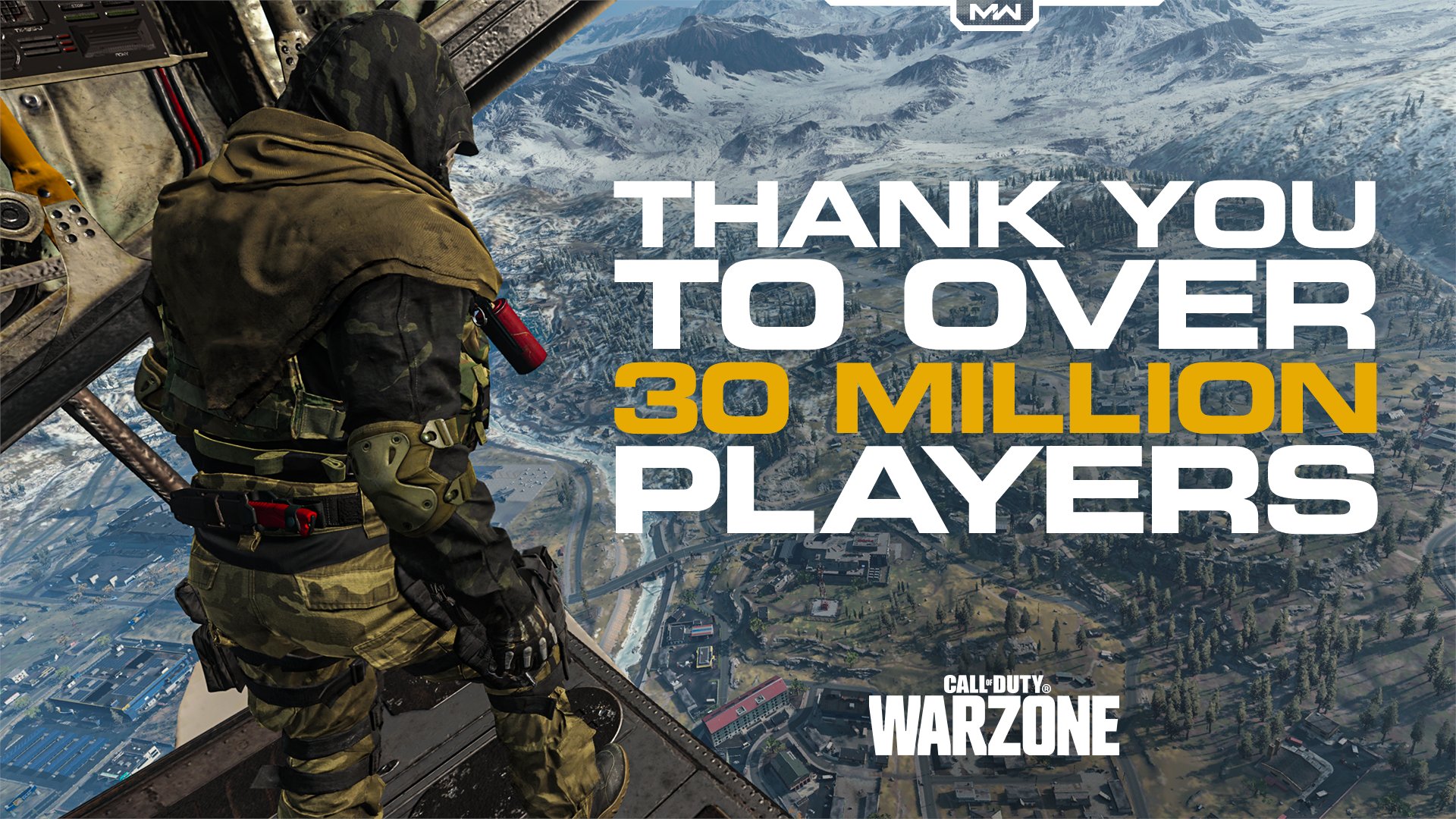