Free PlayStation Plus games for September 2019

A double dose of action for the Fall

Sony has announced the lineup of free PS Plus games for September 2019.

The first free game next month is Batman: Arkham Knight. In the finale to the Arkham series, Batman faces the ultimate threat against the city he is sworn to protect. The Scarecrow returns to unite a roster of super villains, including Penguin, Two-Face and Harley Quinn, to destroy The Dark Knight forever. Batman: Arkham Knight introduces Rocksteady's uniquely designed version of the Batmobile, which is drivable for the first time in the franchise.

The second free title for PS Plus members is last year's Darksiders III, a hack-n-slash Action Adventure where players assume the role of FURY in her quest to hunt down and dispose of the Seven Deadly Sins. The most unpredictable and enigmatic of the Four Horsemen, FURY must succeed where many have failed - to bring balance to the forces that now ravage Earth.

These games will be free for PlayStation Plus members on PS4 from September 3 to September 30. 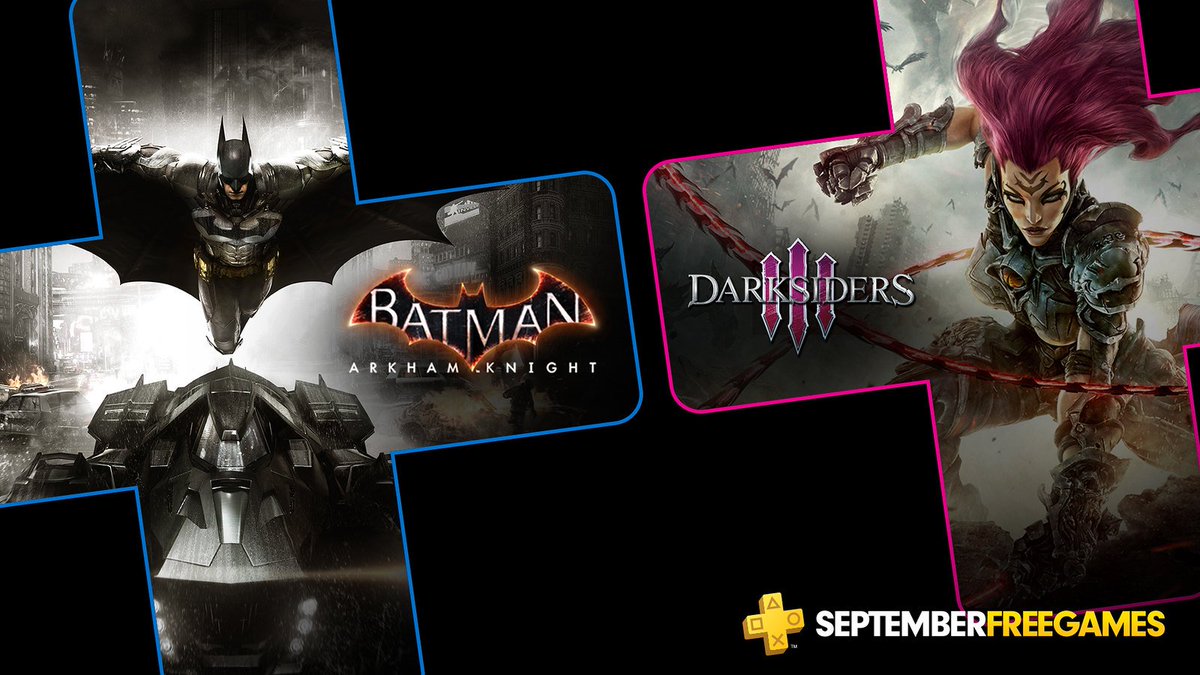 MLB The Show 20 released
Annual sports title is ready, even as the real sport may face a delay
17 days ago
Final Fantasy VII Remake gets a demo
Demo offers a segment from the very beginning of the game
30 days ago
Free PlayStation Plus games for April 2020
A big adventure and a racing game sequel offered this month
2 days ago
The Last of Us Part II delayed once more
Sony claims logistical issues to blame, no new date set
Yesterday

Free PlayStation Plus games for April 2020
Apr 1, 2020 by JamesJay
both great games

gamescom 2020 making plans to go digital
Apr 1, 2020 by Red Lantern's Rage
this is another reason why Gamescom has been outdoing...