New DLC program debuts with Bump in the Night, free for pre-orders

2K has announced a new DLC program for WWE 2K20, starting with offering the biggest pre-order bonus ever in the series. 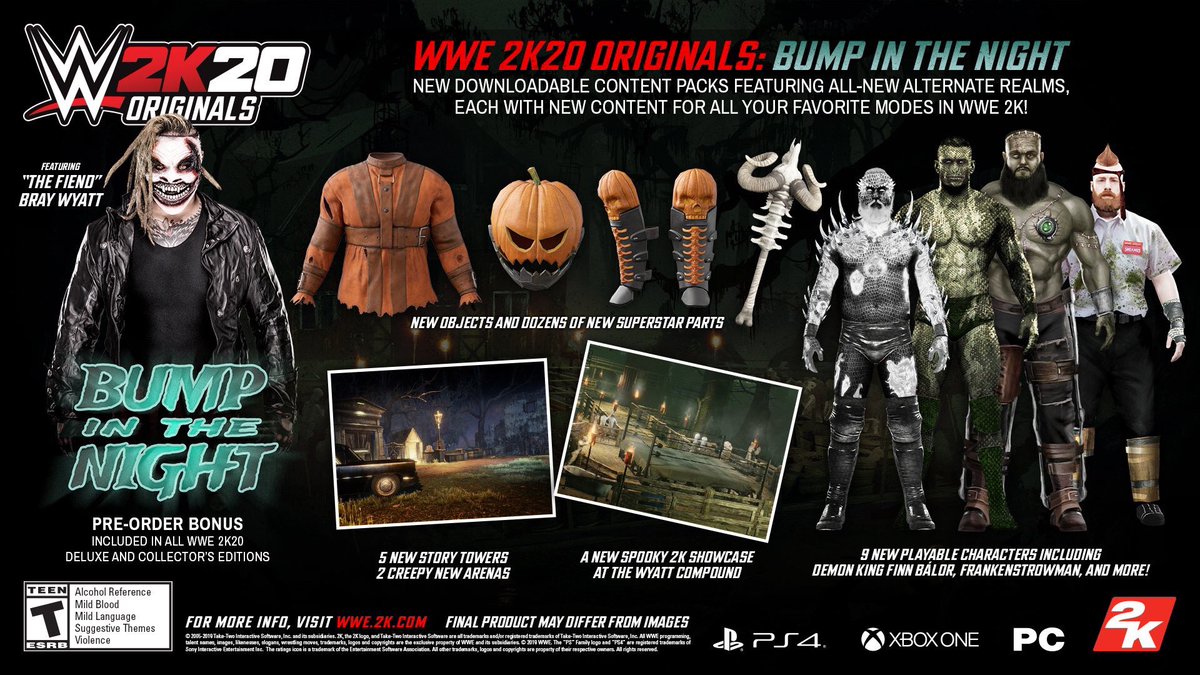