The "Crown Jewel" of wrestling games

“In traditional WWE fashion, I'm not sure how long this will last, though.”

That was the closing line for my review of WWE 2K19 last year. Honestly, it was mostly meant as a joke. The WWE has been on a downward slope for some time now, but I wasn't expecting the same decline in quality for the long-running game franchise. Perhaps I should have been paying more attention, though. Specifically, the shift of development duties from Yuke's to Visual Concepts. Never thought I'd say this, but considering how WWE 2K20 turned out, I wish the previous developer had stuck around longer. 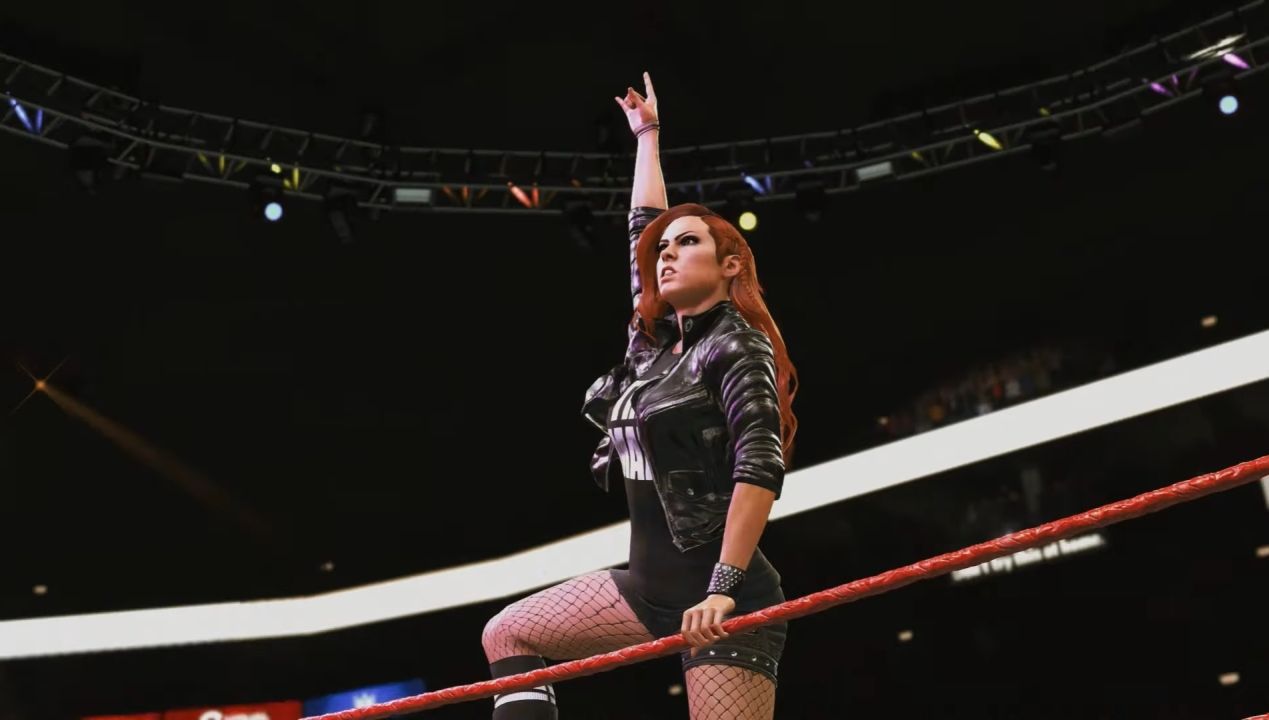 Perhaps due to Visual Concepts taking over full-time, WWE 2K20 didn't set out to switch things up that much this year. There are a handful of minor additions, specifically the creation of 2K Originals and more options for female grapplers, but the core features are mostly intact. Universe Mode has returned to let wannabe showrunners book their own programs, while 2K Showcase is back with another fun trip down memory lane. With a solid foundation in place from the previous entry, it wasn't the worst idea to incrementally build off it.

If there was one place that could have used enhancements, it was the gameplay. Yuke's improved upon a flawed formula last year, but there were still issues. Striking and grappling felt clumsy, and all of the minigames that happen mid-match were a hassle. Rather than shore up these issues, though, Visual Concepts doubled down on just about everything. They didn't fix any of the problems, but somehow made the gameplay even more of a mess. Targeting is the worst it has been in years, even more so when you try to execute any running maneuver; you'll probably just plow right into the referee instead. Even little things such as exiting the ring or targeting a specific limb are a crapshoot to pull off.

I'm honestly baffled as to how things went south so quickly from just one year ago. It's not like VC was entirely new to the series, as they co-developed last year's effort. They have experience, but in their goal to apparently streamline the controls, they horrifically botched the game. The 2K franchise has never been super strong in this department, but I'm not exaggerating when I say this is the worst playing entry to date. Just an absolute mess that combines damaging glitches, floaty physics and frustrating mini-games into one terrible recipe. Even when the title does get inevitability patched, I'm not sure it will be able to fully recover. 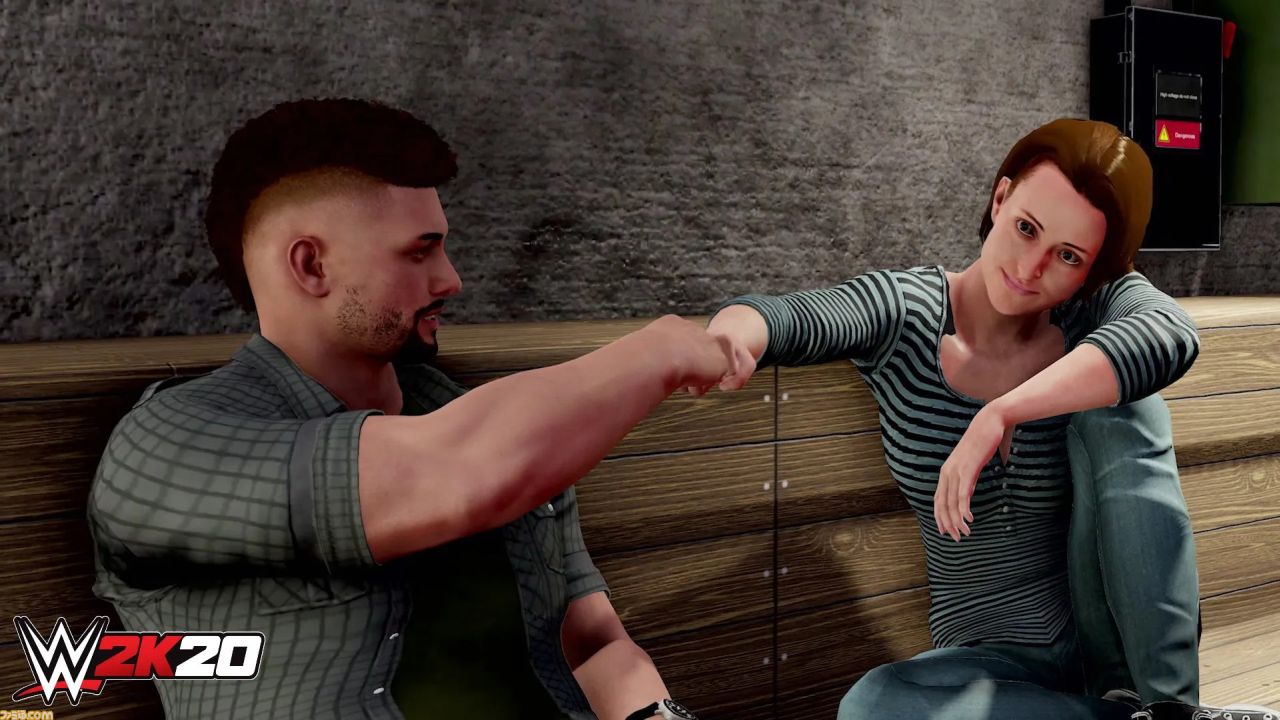 It's kind of remarkable that while the gameplay of WWE 2K20 is the worst in years, this year's 2K Showcase might just be the best one yet. Following the Four Horsewomen (Becky Lynch, Charlotte Flair, Sasha Banks and Bayley), the interactive experience explores the women's rise from NXT competitors to WrestleMania headliners. It's great that the series focused on the talented women's roster for this year's iteration. And by shining the spotlight on four different competitors, the mode cuts down on some of the bloat from years past. Every match and moment included feels like it deserves to have been revisited.

This year's MyCareer story splits the difference and is basically on par with last year's effort. Instead of just following the rise of one superstar, the story instead focuses on a pair of lifelong friends: Red and Tre. Despite their unfortunate high-school nicknames following them forever, the duo journey from uncoordinated newbies to NXT to Hall of Fame legends. Along the way, they will confront each other over long-held secrets, deal with a pesky face from their school days and experience all the highs and lows that come with the job.

The good news here, is that the story is surprisingly funny in parts. References to the history of the federation, and surprisingly decent in-ring commentary are way more humorous than you would expect. It's unfortunate that the two main characters are such an unlikeable duo, however. Although Tre is a goofball whose antics almost always fall flat, it's Red that proves to be more annoying. With insults as groan worthy as they are verbose, the fiery female competitor is often a complete jerk. With how she acts, you almost don't want to see her rise to superstar status. It's a shame that the script for both is as bad as it is, because it wastes the vocal talents of Bret Green and Kylie Brown, who voice Tre and Red respectively. 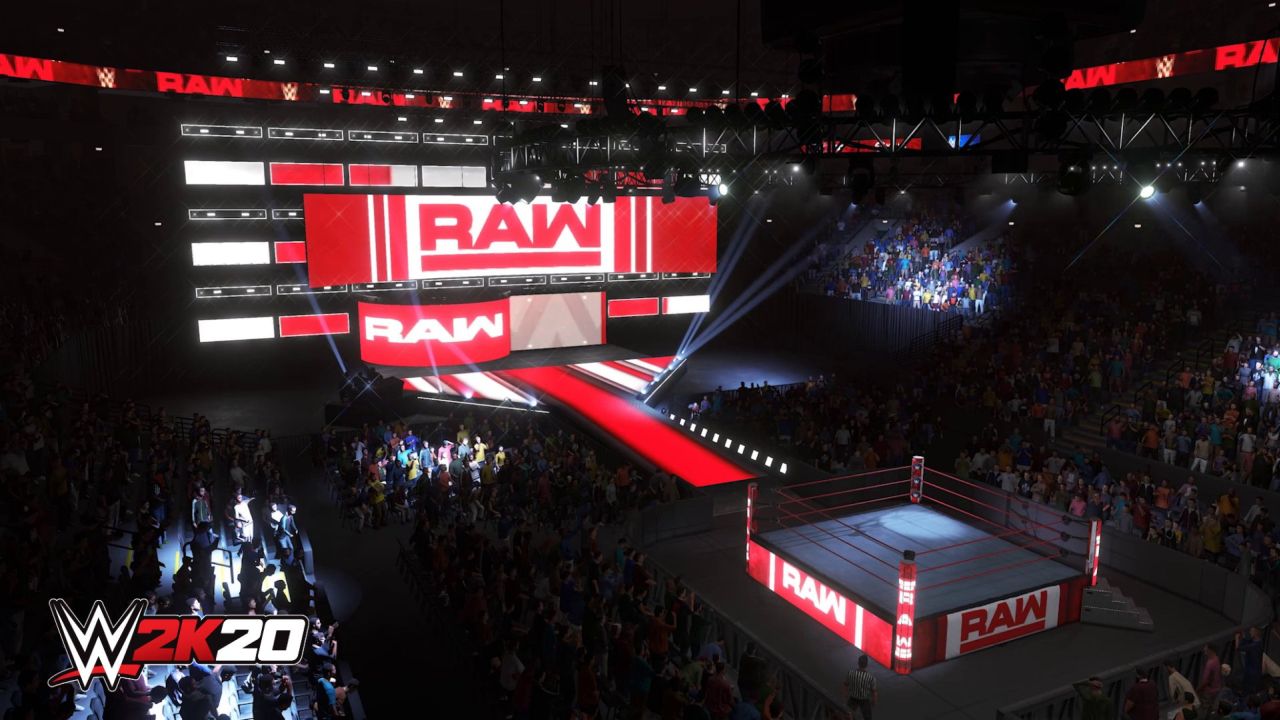 How you develop your superstars in MyCareer is still an issue in WWE 2K20, unfortunately. You only have a few select outfit options when you begin, and the main way you'll unlock additional ones is through purchasing loot boxes. It wouldn't be a 2K Sports release without loot boxes popping up somewhere, I suppose. It's nowhere near as egregious as it is in other titles, but it's still an annoying issue. As you work your way through MyCareer, you'll also unlock skill points that can be used to increase stats and unlock Payback perks. The problem is that due to how you spend points, which is by unlocking tiles on a grid, it's hard to build towards a specific type of wrestler. Everything is all just jumbled together, so you can't really spend your points on a specific style. It pigeonholes you into being a bland, jack-of-all trades wrestler. Good for completing the story, but bad for letting you stand out.

There's a lot to take umbrage with regarding WWE 2K20, but perhaps no aspect of the title is as rancid as the copious number of glitches found within it. The series has always been a little wonky on the technical side of things, but this entry takes it to an entirely different level. Almost every part of it is infected with bugs in some way. Characters will glitch out mid-move, with limbs contorting to impossible angles. Sometimes you'll try to roll out of the ring and just get stuck in an endless loop of rolling. During the 2K Showcase mode, the ref in one match folded up on himself like he was bring crushed. And then the crowd noise from that match carried over through the following cutscene. Lag can be found on both the in-game starting menu and just about everywhere online. These are just a few of the things I've personally come across, but you can find plenty more online. I'm aghast at the state this was released in.

WWE 2K20 also sees a significant downgrade in the visual department. The character models are some of the worst I have seen in quite some time. The bodies don't look great, but they are passable. It's once you get to the face and hair that you really see how poor everyone looks. Ugly, off-putting faces and terrible, last-gen looking hair are what you can expect to see. The distinctly ugly visuals even mar the robust creation mode. It's hard to make a decent looking wrestler when the base model is as poor looking as it is. And considering the wrestlers themselves look bad, it's not a shock that other assets look even worse. Whether it's the car Red and Tre drive in, or the crowd for SummerSlam, there's little greatness for the eyes to take in. 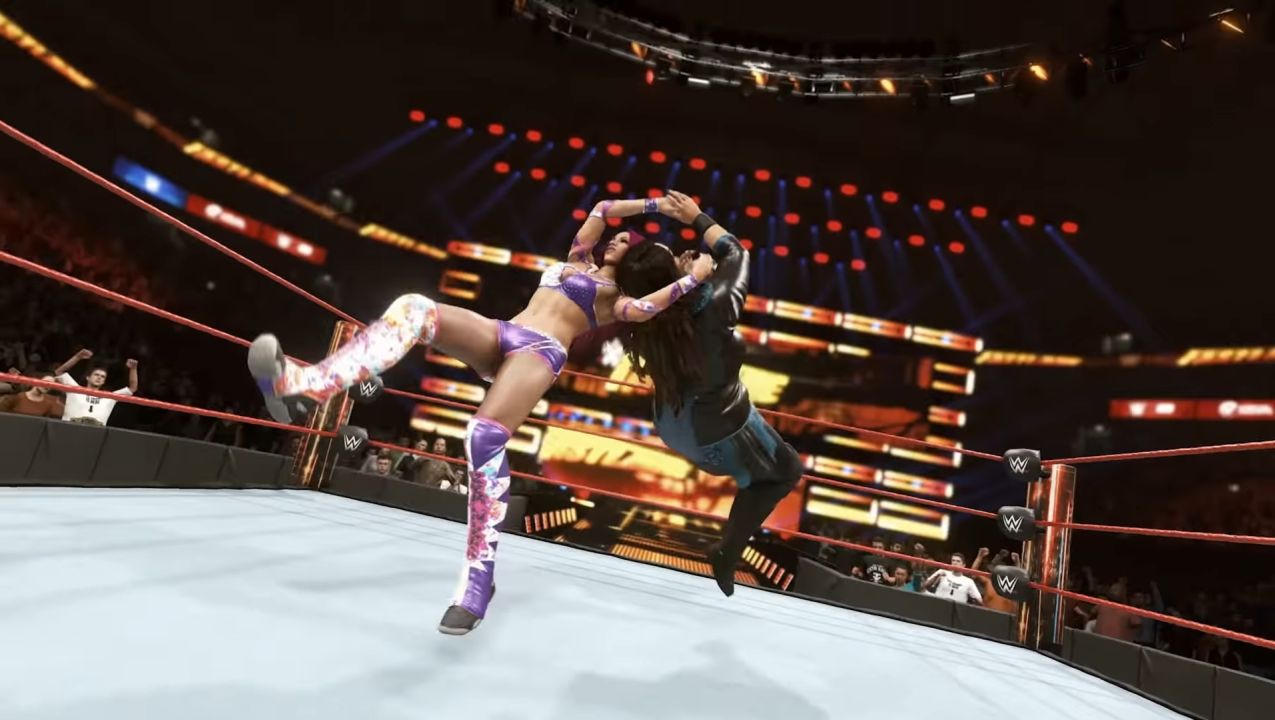 I'm shocked and disappointed that WWE 2K20 turned out to be as big of a debacle as it did. I joked around about it, but I genuinely believed that the series was on the upswing. The foundation seemed strong, and last year's release could have been a solid building block. Instead, we get this terrible effort that not only refuses to evolve, but actually ruins what was in place. The gameplay is sloppy and inconsistent, the visuals are of last-gen quality and it's packed wall to wall with bugs. Hopefully Visual Concepts and 2K Games learned some lessons from this. I would say next year almost has to be better, but at this point, I'd rather not jinx it.

Our ratings for WWE 2K20 on Xbox One out of 100 (Ratings FAQ)
Presentation
30
Even for a franchise that has struggled in this department in the past, WWE 2K20 is particularly bad. It's barely better than some of the titles that came out of the previous console generation. For that to happen in 2019 is simply embarrassing.
Gameplay
35
Mostly the same, inconsistent product you've probably been playing for years. However, this year's release still feels like a big step-down from 2K19. The engine has been tweaked in a way that makes the action feel way too sloppy and uncoordinated.
Single Player
55
Despite the unlikable main duo, MyCareer is pretty much of the same quality of the previous year. Some laughs to be had, but a mostly forgettable affair. A stronger 2K Showcase helps pick up the slack, though. Focusing on the Four Horsewomen was a smart move from Visual Concepts.
Multiplayer
40
For as terrible as WWE 2K20 can be at times, I'll almost always have fun playing it with friends. However, that's only if I can get them together locally. Online play is a mess in it's current state. Both lag and glitches make matches borderline unplayable at times.
Performance
20
The state WWE 2K20 was released in is a complete embarrassment for the franchise. There are problems to be found in just about every part of the game. In-game action? Bugs. Main-screen menu? Lag. Customization? Clipping. I still can't believe it was released in such a terrible state.
Overall
36
WWE 2K20 is a complete debacle, and in the running for the worst entry in the series to date. Outside of the solid 2K Showcase and plethora of match options, this is a downgrade in almost every way. The visuals are repulsive, there are glitches everywhere you look, and the gameplay has been significantly compromised.