Activision and Infinity Ward have revealed the multiplayer details for Call of Duty: Modern Warfare.

The game promises map variety, from quick-action, close-quarters 2 vs. 2 experiences in Gunfight, traditional 6 vs. 6 multiplayer gameplay, modes that support 10 vs. 10 and 20 vs. 20 firefights, along with high-player count maps and combat, such as the all-new Ground War, a large-scale mode supporting more than 100-players.

Players will be able to outfit their multiplayer operators with customization and modifiability in the new Gunsmith system. Modern Warfare features improved visuals, authentic sound design, with realistic recoil and weapon ballistics throughout the game. In addition, gameplay mechanics, including bullet penetration, gun mounting, door breaching and night vision allow for a new tactical experience.

Call of Duty: Modern Warfare is scheduled for release globally October 25th on PlayStation 4, Xbox One, and PC (exclusively on Battle.net). 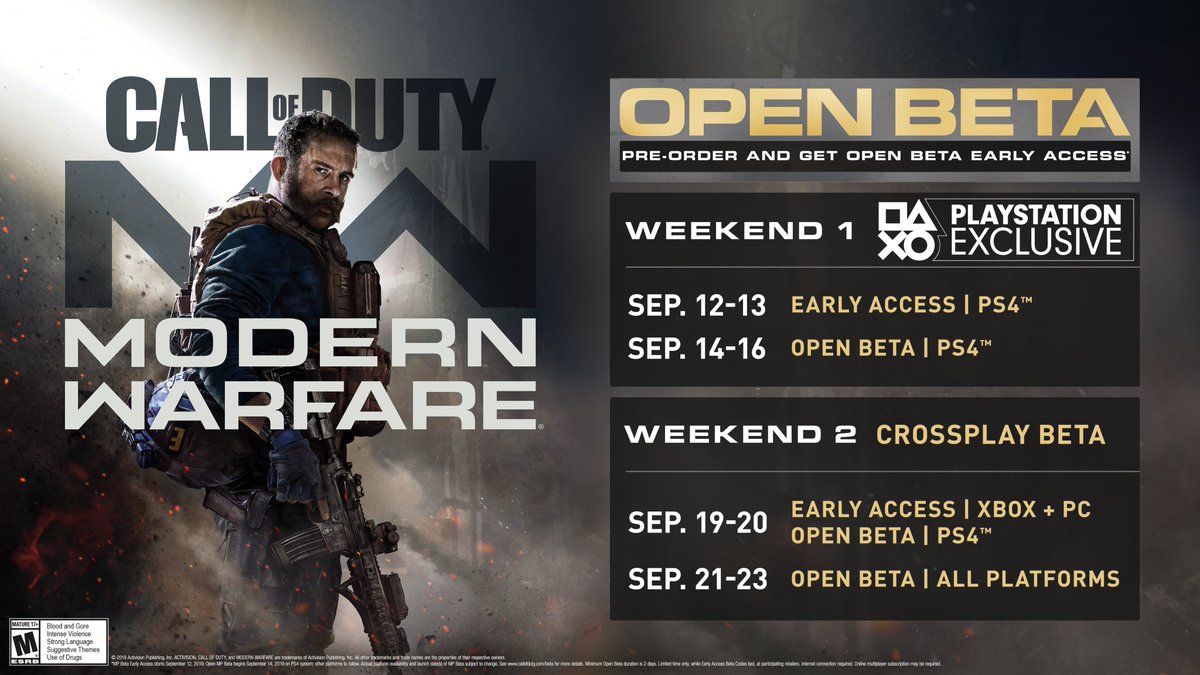