Focus Home Interactive reveals plans for 2019 and beyond

Publisher has a number of developer partnerships underway

At the What's Next 2019 event, publisher Focus Home Interactive has confirmed its existing and new developer partnerships, for projects this year and in the future.

Focus has renewed of its partnership with DONTNOD Entertainment. Vampyr, the first game of the partnership, has now sold more than a million copies. This new co-production promises to be one of the most ambitious in the history of the publisher and the studio.

Deck13 and Focus will also continue to work together after The Surge 2, with development of a brand-new franchise. Saber Interactive will embark once again with Focus on the production of two new titles. One of these titles will be supported by one of the most important licenses in the Games Workshop universe.

Asobo Studio will remain a partner, including on an upcoming production. Focus will also extend their journey with two long-time partners: Passtech Games for the development of a new IP in an indie vein, and Streum On Studio for a new shooter in one of the most popular Games Workshop IPs.

Finally, the company announced it has reached an exclusive agreement for video game adaptations of Chaosium's Call of Cthulhu franchise for the next ten years.

More details can be found on the official website. 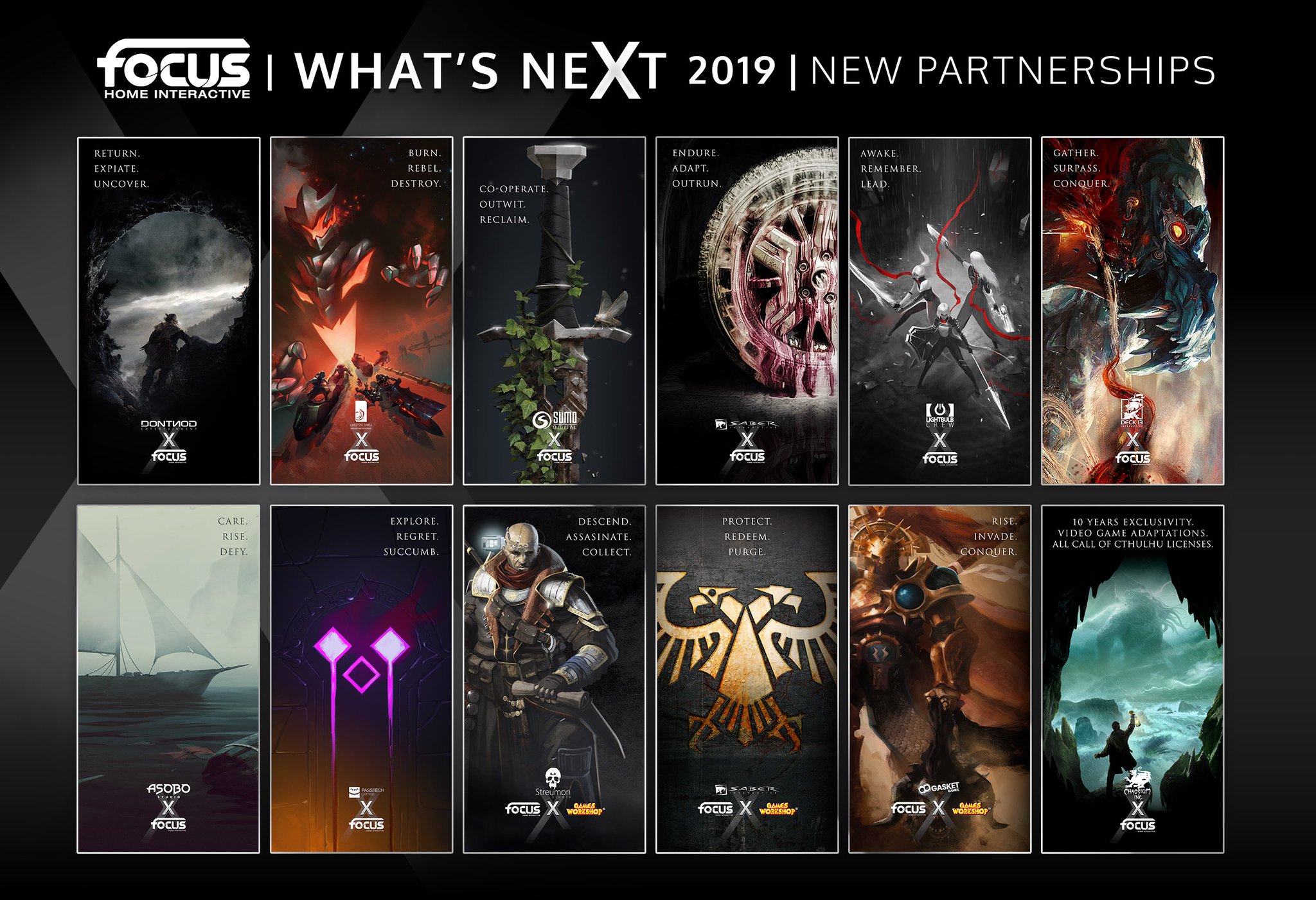