Free PlayStation Plus games for March 2019

A remastered shooter and a puzzle are free next month

Sony has announced the lineup of free PS Plus games for March 2019.

The first free title for PS4 subscribers is Call of Duty: Modern Warfare Remastered. It features fully improved texture resolution and detail, revamped animation, remastered audio, and much more over the original game Call of Duty 4.

The second free PS4 game for members next month is The Witness, an enigmatic first-person puzzler set on a seemingly-deserted tropical island, dotted from one end to the other with a vast network of interconnected puzzles. 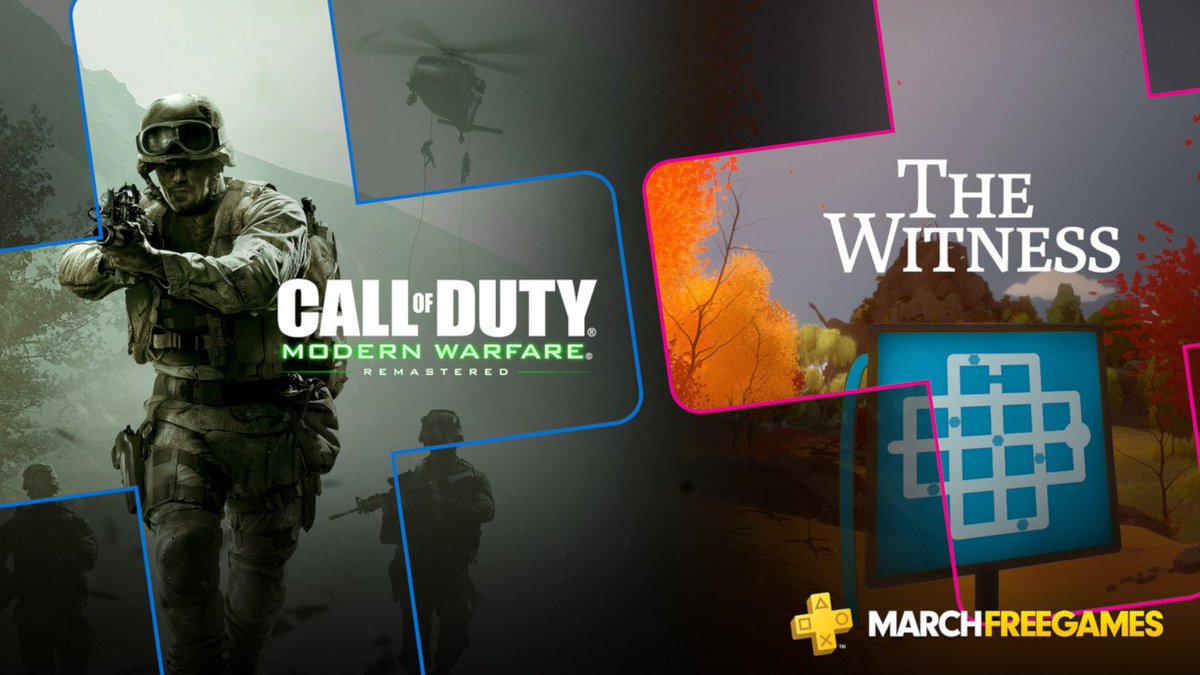 Dreams gets a demo on PS4
Fans can try out the creation toolset and some example levels
28 days ago
Free PlayStation Plus games for June 2020
Double dose of multiplayer action next month
Yesterday
Chorus game in development
A new space combat shooter coming in 2021
22 days ago
Predator: Hunting Grounds gets Arnold Schwarzenegger in DLC
Character Dutch will be added to the multiplayer game
17 days ago