Free Games with Gold for November 2018

Microsoft has announced the Xbox Games with Gold lineup for November 2018.

Available to subscribers from November 1 to 30 on Xbox One is Battlefield 1. Fight your way through battles ranging from tight urban combat in a besieged French city to the heavily defended mountain forts in the Italian Alps or frantic combats in the deserts of Arabia.

Later, from November 16 to December 15 on Xbox One, members can download Race the Sun. Inspired by arcade games of the past, short games sessions are mixed with tension as you hurtle your solar-powered craft at breakneck speeds in a race against time.

For subscribers on Xbox One and Xbox 360, from November 1 to 15 you can download the original Assassin’s Creed. You are Altair, a Master Assassin sent to kill corrupted leaders profiting from the war. As you carry out your missions, you find yourself tangled up in a conflict that threatens not only the Holy Land, but the entire world.

And from November 16 to 30 on Xbox One and Xbox 360, members can grab Dante's Inferno. You are Dante, a veteran of the Crusades who must chase his beloved Beatrice and try to free her soul from Lucifer’s grasp. As your pursuit takes you deeper into the pits of Hell, you must battle ever more fierce and hideous monsters-while also facing your own sins, a dark family past, and your unforgivable war crimes. 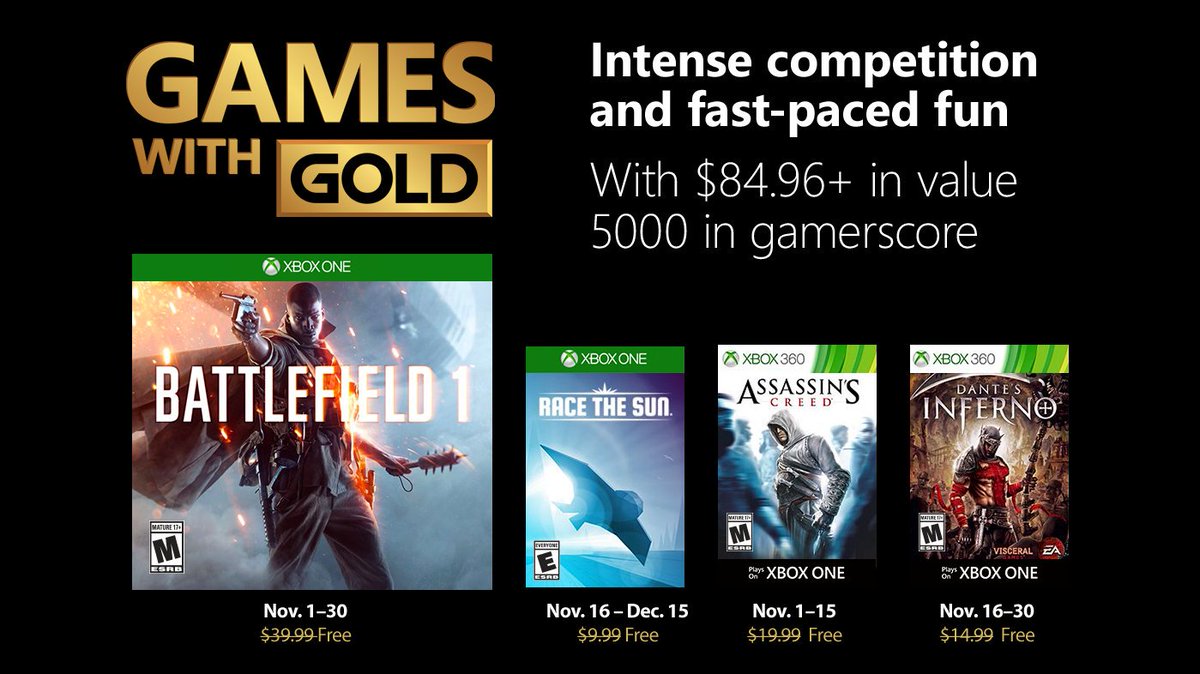 Sacred Citadel
Online
There are currently 0 members and 116 guests on the website right now. Who's On?
Activity in the past 10 minutes: