Visceral Games' Dante's Inferno is an action/adventure title based loosely off of the first part of poet Dante Alighieri's Divine Comedy, whereby the writer is transmuted from a casual observer into a vigilant warrior, as he battles through the nine circles of Hell in order to win back the love of his life, Beatrice, from the clutches of the demon Lucifer, who stole her away after Dante broke his vow of faithfulness that he had made to Beatrice. The first order of business for Dante, then, is to find a decent weapon, and what better weapon to use to fight your way through Hell than Death’s scythe, promptly acquired at the beginning of the game by ironically murdering the grim reaper with his own weapon. That accomplished, Dante begins charting his wayward path, guided by the classical poet Virgil, (ever at the ready with quotes from the book that the game draws its source material from), into the deepest bowls of Hell itself.

What will be most immediately recognizable for most gamers is the gameplay. The common complaint I’ve heard is that the game overall takes a bit too much inspiration from God of War, and perhaps it does a bit, but there is also something about the game that makes it very often feel very sort of Castlevania-ish, as it were, which gives it a certain special appeal to me, as I am a huge fan of the Castlevania games. I will acquiesce to the combat being very similar to God of War, where stringing together combo chains of light and heavy attacks are the keys to swift and relatively painless victories, but as such a combat system overall manages to keep the gameplay fun, I won’t fault it too heavily for that. 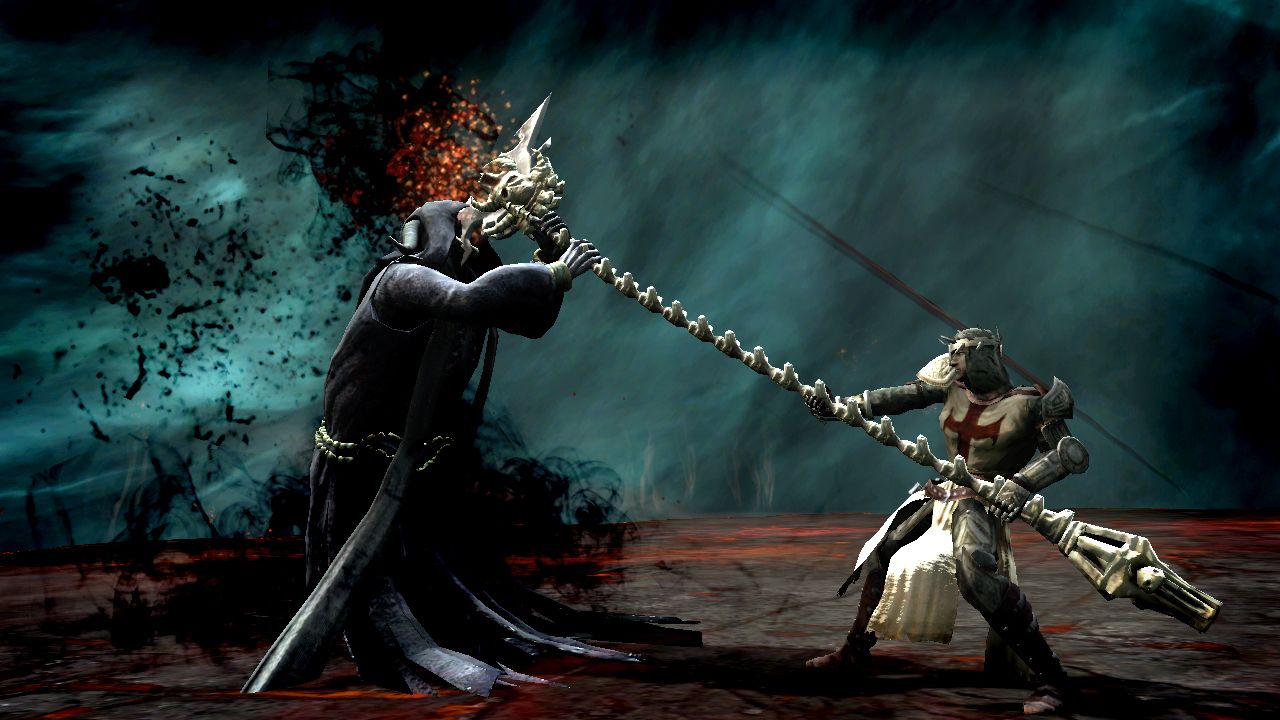 Another similarity is that there is an upgrade system, though the emphasis here is on two different primary classes of upgrades that can be performed: “Holy” and “Unholy”, respectively. “Holy” classes primarily determine the strength of attacks that utilize the power of a crucifix relic that is received from Beatrice, and is a weapon that again causes me to think about the Castlevania games. “Holy” classes also bring about such benefits as a shield power that, at higher levels, also restores your health. The “Unholy” classes, on the other hand, predominately give more power to your attacks that utilize Death’s scythe.

Both classes are upgraded by using the “souls” of defeated enemies, or by freeing or condemning the shades of various historical figures and such that Dante encounters along his journey. To the best of my knowledge, however, doing either more “Holy” or “Unholy” actions doesn’t really affect the story at all, so the player’s choices in this area are more exclusively determined by the kind of strategy they prefer to use while engaged in combat. Outside of that, there are certain achievements to be gained based on a player’s actions in these areas, usually centered around reaching certain specific level caps in either the “Holy” or “Unholy” class. Also, don’t expect to be able to upgrade everything in one playthrough, so repeating the game is a necessity if you want achievements for upgrading to maximum both “Holy” and “Unholy” powers.

As far as other gameplay aspects go, exploration is fairly linear, with the player’s progress halted occasionally by various waves of enemies that must be defeated before progressing to the next section. Players will also want to be wary of hidden power-ups in the form of “relics” which are gathered by either trekking off the beaten path a little ways or by having extended conversations with the shade of the poet Virgil, who will often doll out these little treasures after a second or third prompting of conversation by the player. These various “relics”, also in classes of “Unholy” or “Holy”, are like accessories that can be equipped in order to bolster certain aspects of the character, from gaining more soul points or by making certain attacks or weapons more powerful. It will be noted, however, that some require the player to have reached a specific level in either their “Holy” or “Unholy” powers. There are other hidden collectibles as well, but relics are the main thing to keep an eye open for 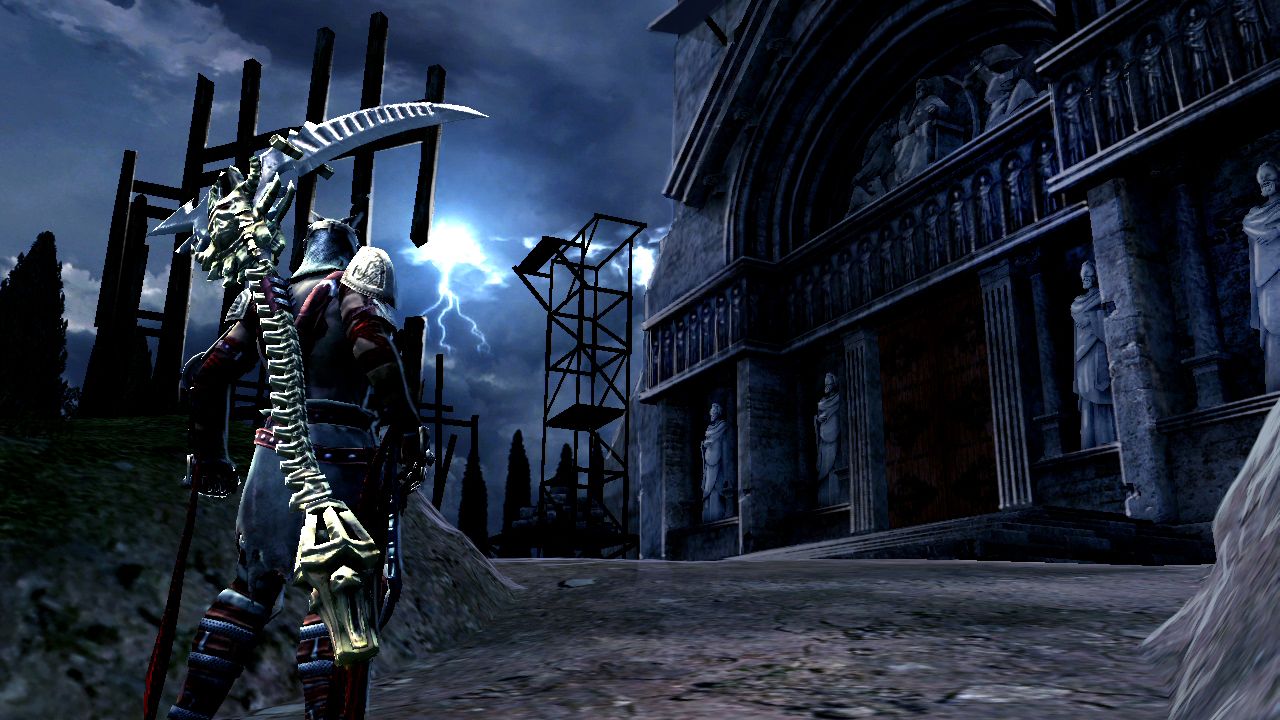 Further progression throughout the world at times often requires taking control over specific demonic mounts (called “infernal beasts” by the game), obtained after dismounting their current rider. These sections are fairly short, but also fairly abundant as well, and they can be quite a lot of fun, and are often times used to reach a new location of the world. Also prevalent throughout the game are quick-time events, which are utilized in a variety of different scenarios, from gaining control of the “infernal beasts”, to defeating boss fights, or even (somewhat annoyingly), opening doors and chests that contain health, magic, or souls to use for upgrades.

As far as boss fights go, there are some that require the utilization of various objects and contraptions in the environment, or by wearing down an enemy with regular attacks until a certain amount of damage has been dealt. The player at this point usually has to perform a quick-time event in order to seriously injure or defeat the boss. There are also, however, a decent amount of boss fights that require more complete use of your combo skills until the boss’ health meter is fully depleted (forgoing the use of any quick-time event). These can be some of the hardest, though, and in particular the final boss is, appropriately so, quite a challenge to defeat, and requires either a lot of fortitude and patience, or dialing down the difficulty if you are on a higher setting (which, fortunately doesn’t affect any achievements).

Graphics are solid, from character models to monster designs, to the equally beautiful yet nightmarish surroundings that players will find themselves in, there is very little to complain about here. The only real criticisms I can give is the somewhat bland character design of Dante himself, as well as maybe a few repeating elements that the player has to climb or swing on in order to progress to the next part of a level, but this could be said about many games. The monster designs are another thing that calls to mind thoughts of the Castlevania series. However, owing once again to its heavily borrowing from the God of War franchise, a lot of the enemy types, especially the most annoying ones, will be fairly recognizable, having only a different design and a name change. The most compelling thing I can say about the graphics is that the variety of the level design and environments always kept me interested to see what the next area would look like 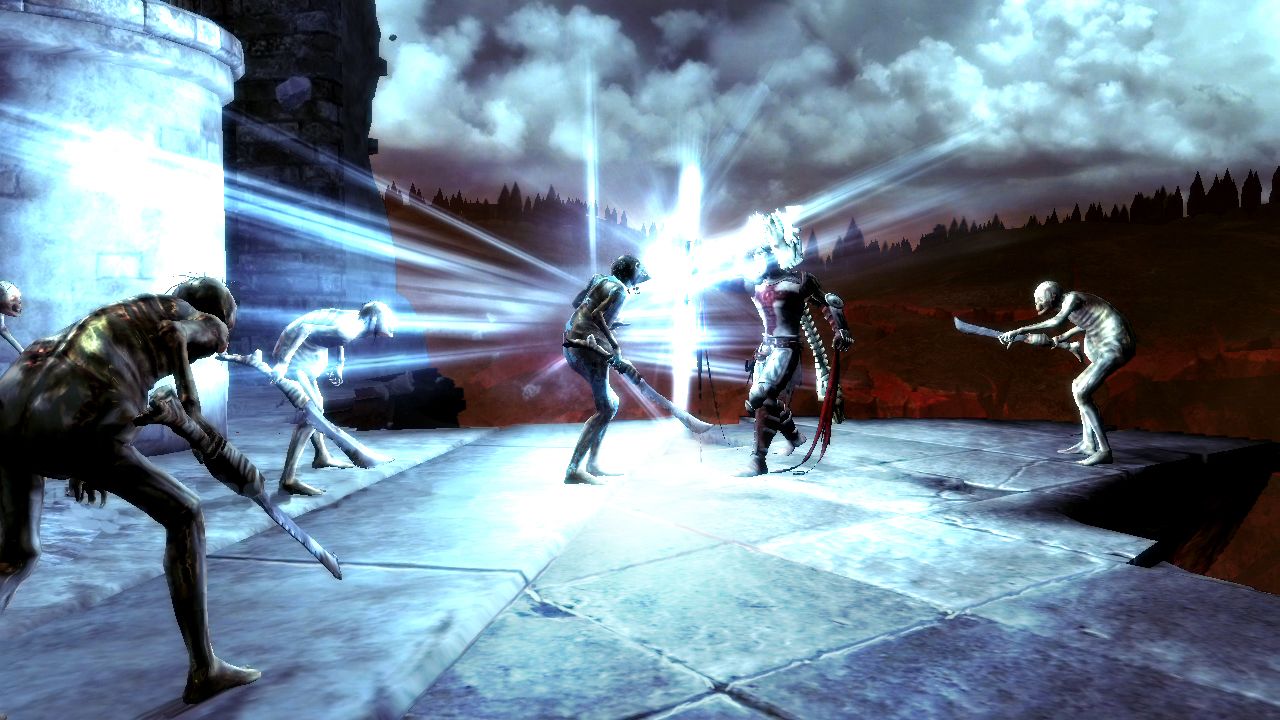 I would even dare to say that, overall, I enjoy this game more than I do God of War, though in the long run the God of War games may be a bit better designed, at least in a few areas, but there is something compelling about the setting, in all its grotesque glory, and the story, while by no means as good as several others I could mention, is at least intriguing enough to keep you interested in what happens next.

It is also worth noting that the PlayStation 3 version of the game is called the "Divine Edition". Compared to the Xbox's regular edition, the PS3 version includes various bonuses such as a digital art book, developer commentary, digital copy of the poem, the game's soundtrack and a DLC code for future content. The "Divine Edition" is the only version for PS3, and given the same price point as the Xbox 360 version, provides a better value

When all is said and done, Dante’s Inferno provides an enjoyable experience with a unique and fairly compelling setting to explore. It’s not a perfect game, of course, and you may want to, assuming you have a Playstation, pick up the God of War games instead. However, if you are simply tired of roaming around ancient Greece, or if you want what might perhaps be described as a more fleshed out version of the Hades levels from the God of War series, then this game is certainly compelling and interesting enough to be worth checking out, especially as the game play, for all that it borrows, does still manage to keep the high fun factor of the series that it most exclusively borrows from intact. Barring all of that, you could simply read Dante Alighieri’s epic poem, and playing this game may perhaps inspire you to do so.

Our ratings for Dante's Inferno on PlayStation 3 out of 100 (Ratings FAQ)
Presentation
81
Compelling monster designs and disturbing yet beautiful environments make the journey through Hell a fairly immersive experience. Divine Edition bonuses provide good value.
Gameplay
85
Sure, it borrows a lot from God of War, but hopefully most gamers will remember how much fun that series is and give this one a go, especially if they'd like a change of scenery.
Single Player
70
The story is serviceable and interesting enough, but if you're only playing for the story, you should probably just read the source material. The environments and setting are quite appealing, though, in a largely disturbing sort of way.
Multiplayer
NR
None
Performance
80
Game runs smoothly and the controls are fairly fluid, though there are some combo attacks you may find yourself using on a regular basis. Sound design is top-notch.
Overall
76
For those who liked the combat in the God of War series but might prefer a change of setting and a different story, Dante's Inferno is certainly an enjoyable experience. 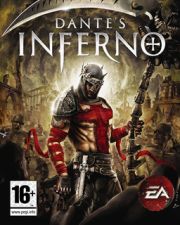 Our Review of Dante's Inferno
76%
Good
The Verdict:
"Provides an enjoyable experience with a unique and fairly compelling setting to explore"
Game Ranking
Dante's Inferno is ranked #660 out of 1633 total reviewed games. It is ranked #63 out of 107 games reviewed in 2010.
659. Shatter
PlayStation 3
660. Dante's Inferno