The Crew 2 gets Gator Rush DLC next month

Ubisoft has announced that Gator Rush, the first free update for The Crew 2, will be available on September 26.

Located in the southern swamps, the DLC adds an all-new hovercraft discipline in the off-road family. With three hovercraft vehicles completely new to the line-up, racers can slide on all kinds of terrain, and land on their competitors after jumping a ramp. In addition to the Bayou, other iconic places across the US map have been redesigned with enhancements such as steep slopes and banked curves. Players can enjoy these enhancements in all-new events, a Live Xtrem Series race and free drive.

The release of Gator Rush is the first step in the The Crew 2 post-launch development schedule, with new content promised in the months ahead, including PvP coming in December, new disciplines, events, vehicles and more.

The Crew 2 launched earlier this summer on PC, Xbox One, and PS4.

Second major update for The Crew 2 out next week
The Crew 2 now available
The Crew 2 gets open beta this month
Prev:
FIFA 19 story mode details
Next:
Stormdivers announced 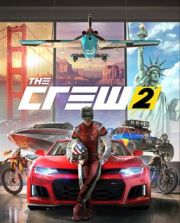