World of Warcraft: Battle for Azeroth launches in August

The latest expansion for MMO brings the focus on faction conflict

Blizzard has announced that Battle for Azeroth, the seventh expansion for MMO World of Warcraft, will launch on August 14.

In addition to gaining a level-110 character boost to use immediately, players who pre-purchase can begin their journey to recruit the first four of the expansion’s new Allied Races, including the valiant Lightforged draenei on the Alliance and ancient Nightborne on the Horde. Those who pre-purchase Battle for Azeroth digitally through the Blizzard Shop and receive the current expansion, Legion, for free.

World of Warcraft: Battle for Azeroth will be available in both a standard edition (physical and digital versions available; USD $49.99) and Digital Deluxe Edition (USD $69.99). The latter contains in-game bonuses for a variety of Blizzard games, including the Seabraid Stallion (Alliance) mount, Gilded Ravasaur (Horde) mount, and Tottle the Baby Tortollan pet for World of Warcraft; an “Azeroth Is Burning” card back for Hearthstone; a Primal Flamesaber mount in Heroes of the Storm; Horde and Alliance sprays for StarCraft II; and a collection of faction-themed extras for Overwatch.

Battle for Azeroth will also be available in a retail-exclusive Collector’s Edition (USD $99.99). In addition to the in-game items from the Digital Deluxe Edition, the Collector's Edition contains a two-sided emblem with stand included, hardcover double-sided book Elegy & A Good War, and the digital soundtrack. 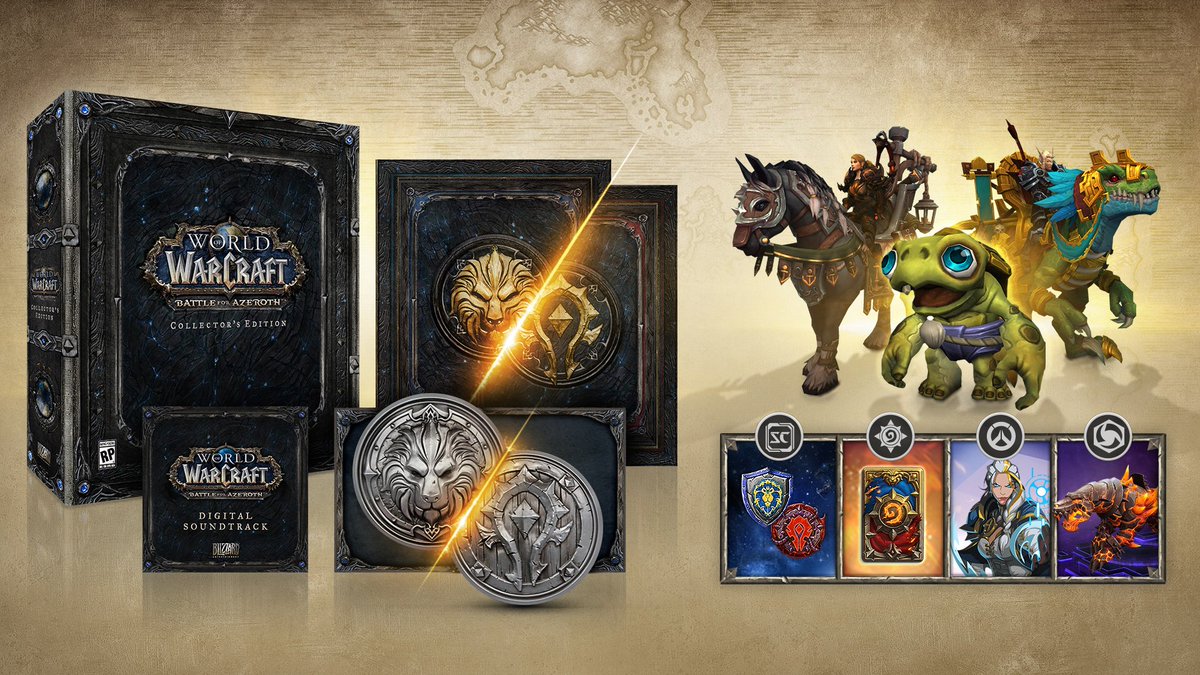 Diablo 3
Online
There are currently 0 members and 70 guests on the website right now. Who's On?
Activity in the past 10 minutes: