Play 'Age of Conan' and the 'Rise of the Godslayer' expansion for free for 10 days, available to both active and inactive players

Funcom would like to invite both active and inactive players to try out the new 'Rise of the Godslayer' expansion for free for 10 days. For inactive players, this offer also includes 10 days of free access to the core game. This is a great opportunity for everyone to try out the first ever expansion to the massively multiplayer online role-playing game 'Age of Conan: Hyborian Adventures'.

“We are delighted to see how well the expansion has been received both among our own players as well as the worldwide gaming press,” says Morten Larssen, Vice President of Sales and Marketing at Funcom. “After a full-scale release in retail and online the expansion has performed well in terms of both sales and traffic, and the activity on our servers has increased significantly in the last month. 'Age of Conan' has once again proven that it is truly one of the top MMOs on the market right now, and we remain dedicated to supporting it.”

Launching in May 2008 'Age of Conan: Hyborian Adventures' quickly became a hit in retail, shipping over 1.2 million copies around the world. 'Age of Conan' is now available in English, French, German, Spanish, Russian and Polish localized versions, and is being prepared for launch in Korea as well.

Dawn of War II - Retribution
Online
There are currently 0 members and 76 guests on the website right now. Who's On?
Activity in the past 10 minutes: 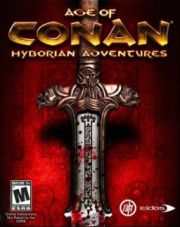