Microsoft has announced that the Xbox Live Creators Program kicked off today.

On Xbox One, the games can be found in the Creators Collection, a special section of the Xbox One Store which you can find in the Games section. Games published through the Creators Program have access to the full set of social features from Xbox Live, including sign-in and presence, use of your Gamertag, leaderboards, access to your Activity Feed, Game Hubs, Clubs, Party Chat, Game DVR, and broadcasting on Mixer.

As an open program, Creators Program games don’t have access to Achievements, Gamerscore, or internet multiplayer. To access those features, professional developers can go through the ID@Xbox program. While ID@Xbox was designed for professional game developers who wish to use the full set of Xbox Live features through a full certification process, the Creators Program makes publishing a game accessible to anyone.

Microsoft promises that there is more to come, and hopes the new program allows for greater variety on the Xbox marketplace. 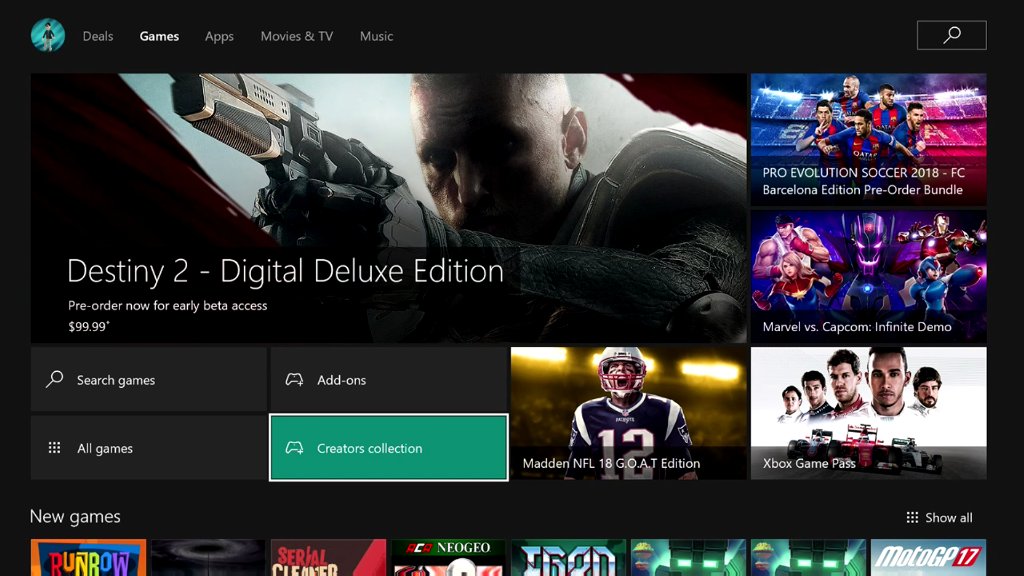 Metro: Last Light
Online
There are currently 0 members and 96 guests on the website right now. Who's On?
Activity in the past 10 minutes:

Second DLC pack released for Far Cry 6
Pagan: Control brings back another villain from the past
11 days ago
Serious Sam: Siberian Mayhem announced
A standalone expansion for Serious Sam 4 out this month
13 days ago
Humankind gets first DLC next week
Cultures of Africa adds new cultures, wonders, and more
11 days ago
S.T.A.L.K.E.R. 2 delayed
Developers push the sequel to the end of 2022
12 days ago