Winter patch out now for Battlefield 1

DICE have released a new patch for Battlefield 1 on all platforms. It adds new features and balance changes.

Players can now earn ribbons during matches for performing basic tasks, like killing a number of opponents with a specific weapon. Each ribbon earns the player 300XP and other ribbons may be added to the game in the future. Class ranks have also been increased, from 10 to 50, and players will earn a Battlepack every 10 ranks.

Rented servers have also been given a major overhaul, allowing admins to kick or ban players from the servers. Behemoth units can now be disabled on custom servers. Also, at the end of rounds, players will be able to vote for the next map.

Along with these new features come hundreds of balance changes. Gas grenades now dissipate after a shorter time. Teams will no longer get extra tanks during a match. And cavalry victims will no longer perish from large distances. For a full list of changes, including weapon tweaks, see the official patch notes.

Battlefield 1 released back in October 2016 for PC, PS4 and Xbox One. The first DLC, They Shall Not Pass, is set for release in March 2017. 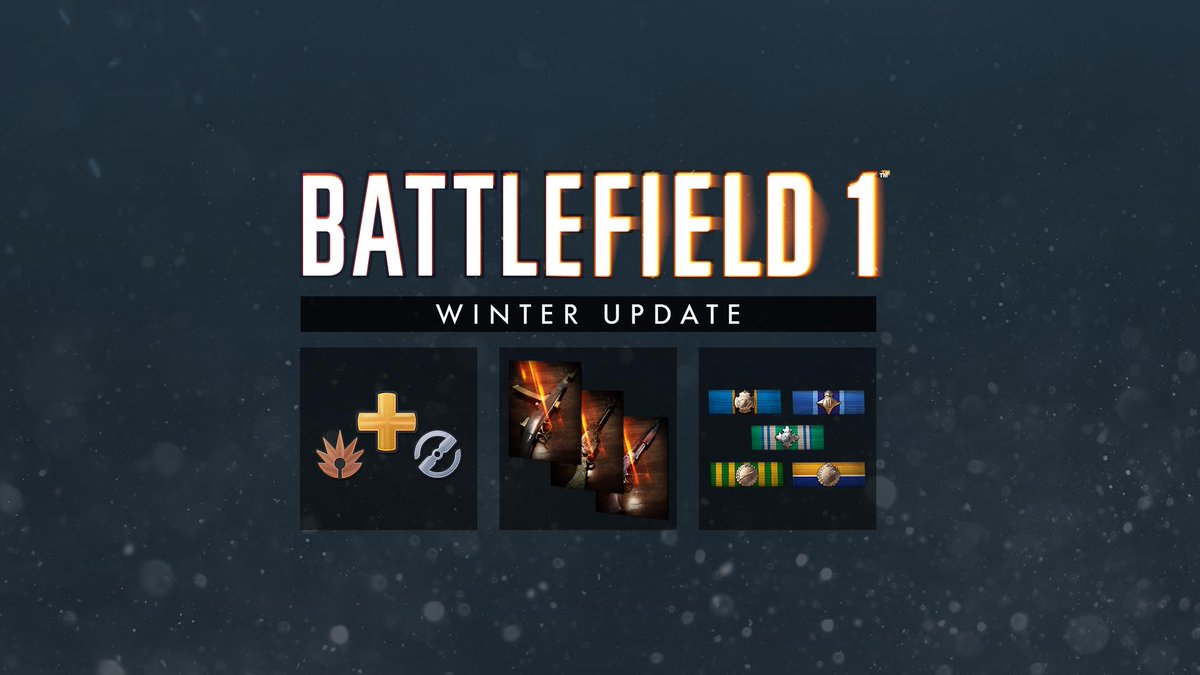 Our Review of Battlefield 1
87%
Great
The Verdict:
"Confronting action on beautiful and varied online battlegrounds"
Game Ranking
Battlefield 1 is ranked #89 out of 1664 total reviewed games. It is ranked #4 out of 138 games reviewed in 2016.
88. Undertale
PC
89. Battlefield 1