New minigame will appear on console versions next month

Team Minecraft at Mojang, 4J Studios and Microsoft have announced the development of minigames for Minecraft: Console Edition, with the the first mini game, called Battle, coming in June.

Battle allows you to set up a competitive multiplayer fight for survival. Players in Battle matches use randomly generated resources found in chests placed in specially designed PVP maps and combat one another in a free for all death match until the final victor is determined.

Fallen players can spectate the combat among remaining players in the match by freely flying around each arena as a bat. Battle matches can be played with up to four players in split-screen and up to 8 players online. Or, you can find other community members to join your game via an in-game matchmaking system.

In June, Battle will be rolled out for free to all owners of Minecraft on consoles via a game update, and the free update will include three maps for you to try out. If you like Battle and want more, there will be additional Map Pack add-ons periodically after release for $2.99 USD.

Minecraft: Console Edition is available for Xbox One, Xbox 360, PS3, and PS4. 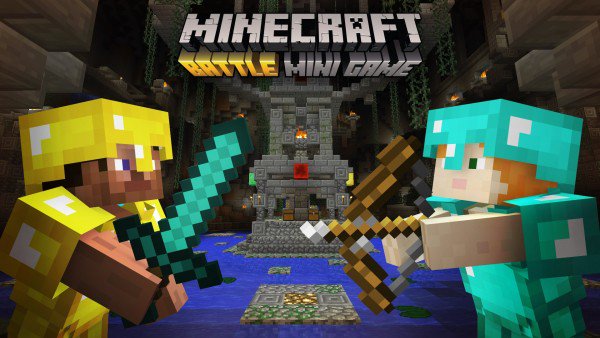 Online
There is currently 1 member and 155 guests on the website right now. Who's On?
Activity in the past 10 minutes: