Activision has announced Call of Duty: Black Ops III Eclipse, the second DLC pack, is set to release on April 19, first for the PlayStation 4.

Eclipse comes packed with four new multiplayer maps. Spire takes multiplayer combat to a futuristic sub-orbital airport terminal set high in the clouds. In Rift, head to the core of a harsh futuristic military complex, set high above an active caldera. Knockout, meanwhile, is housed in a traditional Shaolin Temple with a retro twist, which sets the stage for a bloody Kung Fu tournament. Finally, Verge is a re-imagination of the classic Call of Duty: World at War map, Banzai, that drops Multiplayer combat into the center of a distant post-apocalyptic future, where two warring factions are entrenched in constant battle.

Eclipse also includes Zetsubou No Shima, the new entry in the Black Ops III Zombies storyline. The Origins characters continue on their mission to stop the zombie apocalypse and find themselves stranded on a remote Pacific island which is home to the Division 9 facility: a secret biological research lab whose experiments with Element 115 and its effects on human, animal, and plant biology has created horrors beyond belief.

The Eclipse DLC Map Pack is available at a discounted rate via the Season Pass, or standalone for $15.

Call of Duty: Black Ops III Eclipse is also coming to PC and Xbox One at a later date. 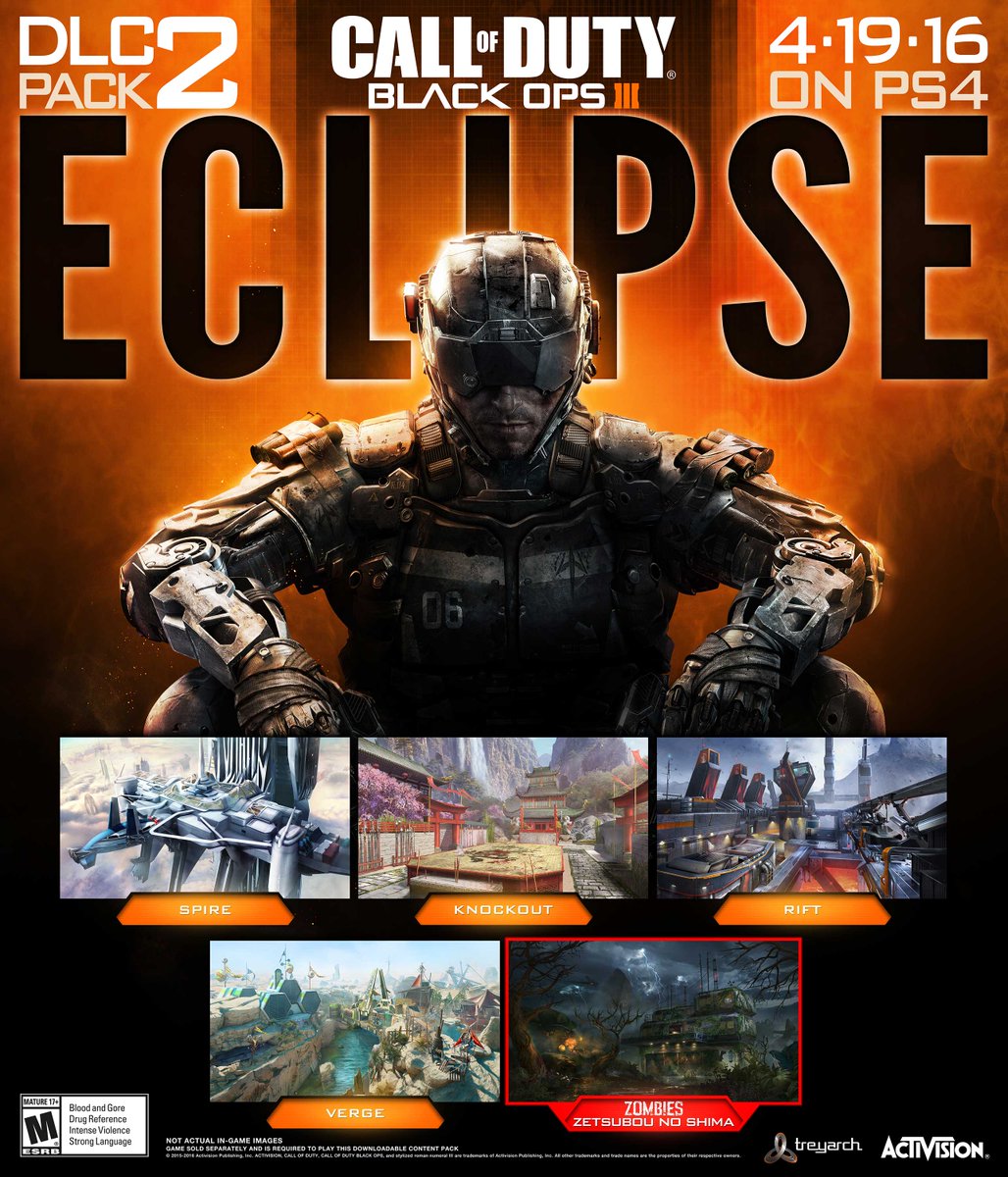