CD PROJEKT RED have announced the release of Hearts of Stone, the first expansion to The Witcher 3: Wild Hunt.

Hearts of Stone will take Geralt on an all-new adventure into the wilds of No Man’s Land and the nooks and alleys of Oxenfurt, where he’ll try to complete a contract from the mysterious Man of Glass.

Also available is The Witcher 3: Wild Hunt Expansion Pass. Along with Hearts of Stone, the Expansion Pass contains 2016 expansion Blood and Wine - a 20-hour tale that will introduce the all-new in-game region of Toussaint and will take Geralt to a land untainted by war, where an atmosphere of carefree indulgence and knightly ritual masks an ancient, bloody secret.

The Witcher 3: Wild Hunt is available on PC, Xbox One, and PlayStation 4. 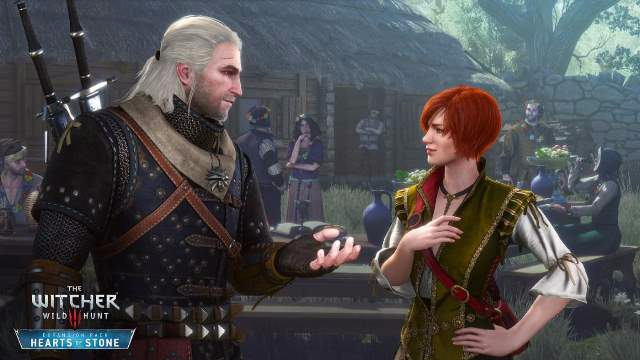 The Witcher 3: Game of the Year Edition announced
The Witcher 3 - Blood and Wine expansion dated
First expansion for The Witcher 3 debuts in October
Prev:
Minecraft: Story Mode makes its debut
Next:
More than 9 million participate in Star Wars Battlefront beta

Our Review of Witcher 3
91%
Superb
The Verdict:
"A high water mark not only for the Witcher series, but for the entire genre of open world RPGs"
Game Ranking
Witcher 3 is ranked #14 out of 1667 total reviewed games. It is currently our top ranked game released in 2015! (110 in total)
13. World In Conflict
PC
14. Witcher 3