Nintendo has confirmed that current President and industry veteran Satoru Iwata passed away on July 11, 2015.

"Nintendo Co., Ltd. deeply regrets to announce that President Satoru Iwata passed away on July 11, 2015 due to a bile duct growth," the company said in an official announcement.

In June 2014, Nintendo announced that Iwata would not be present at E3 2014 due to this medical condition.

Iwata first joined Nintendo in June 2000 when he was appointed as Director. Just two years later in 2002, he was named President. In June 2013, he also became CEO of Nintendo of America Inc.

While at Nintendo, Iwata worked on The Legend of Zelda, Mario, and the Animal Crossing series of games. He also had a cameo in WarioWare: Smooth Moves. Under Iwata's guidance, the game publisher and console maker was able to turn its fortunes around, in both handheld and home console space. He oversaw the development and launch of two incredibly successful platforms - Wii and DS. 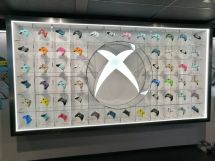 Multiplayer in free to play games on Xbox no longer requi...
Fans can now enjoy free-to-play games with online multiplayer without paying
24 days ago
NieR Replicant remake will include extras
New dungeons, soundtrack, and more is in the upcoming edition
25 days ago
Metro Exodus Enhanced Edition released for PC
Next-gen console versions getting the update in June
9 days ago
Iron Harvest gets new faction
Operation Eagle DLC brings America to the RTS game
14 days ago