Similarly to Star Power from previous games in the franchise, Hero Powers in Guitar Hero Live can be used in GHTV to give you power-ups that affect different areas of gameplay. You can activate a Hero Power to boost your score while playing solo, or to give you a competitive edge during multiplayer. They are activated by the tilt of the guitar, or you can just hit the Hero Power button directly on the guitar controller.

As you play the game, you constantly earn in-game currency, which you can then use to acquire various Hero Powers. Before you play a song in GHTV, you’ll have the option to choose which Hero Power you’d like to have equipped during the duration of that song for you to activate when you please.

Examples include Clear Highway, a self-explanatory ability that removes all immediate notes from your note highway instantly. Dial Up/Down can temporarily increase/decrease the frequency of notes that appear. With Score Chaser, maximum score multiplier is temporarily doubled.

Guitar Hero Live will be available October 20, 2015 on PlayStation 4, PlayStation 3, Xbox One, Xbox 360, Wii U and select mobile devices. 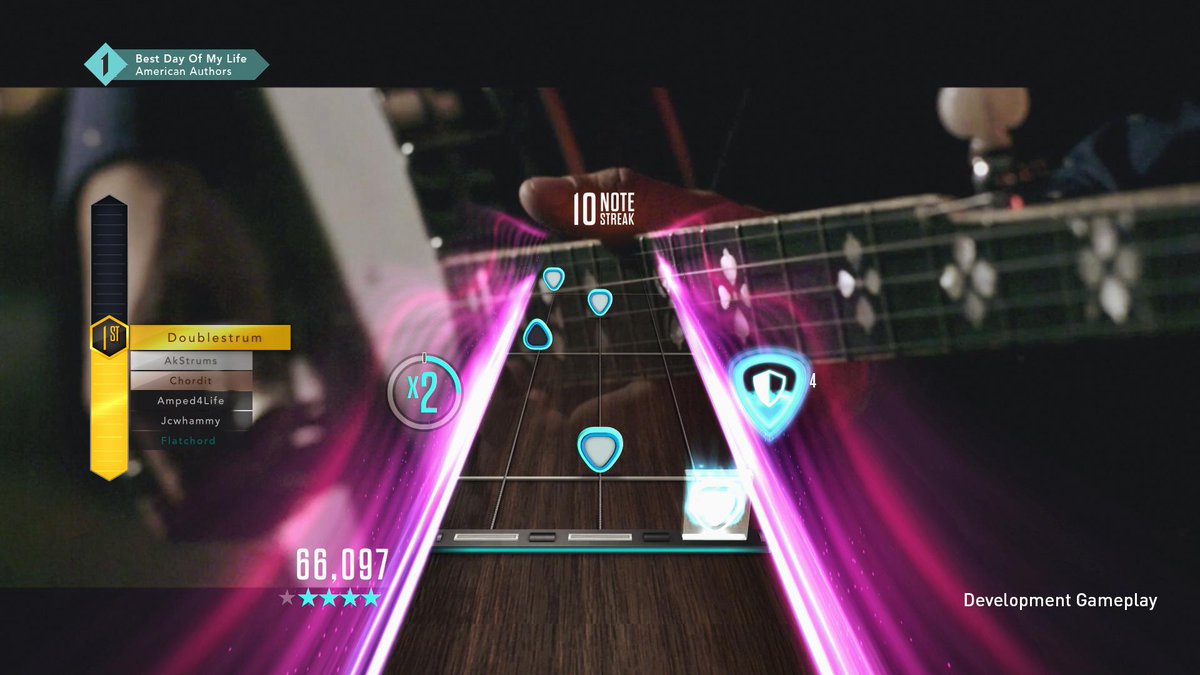