You never thought it would turn out like this - an all-out chase where you're both the hunted and the hunter. Now you must get behind the wheel and risk everything to infiltrate a ruthless international crime syndicate and take them down. The man you're after is a maniac behind the wheel, and he's driving like his life depends on escape, which maybe it does. He's the one with all the answers you need, so track him down. That fleet of police cruisers in your rearview mirror won't make things any easier. It will take all of your experience and every ounce of skill to outrun the law, take down the enemy, and unlock the truth that puts an end to this chase once and for all. 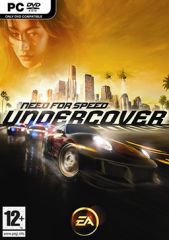