Originally released as a PlayStation Vita exclusive, Assassin’s Creed III Liberation has been remastered in full HD. Follow Aveline’s story as she battles Spanish forces in the American south to win freedom for her land and people. Embark on an epic journey that will take her from the crowded streets of New Orleans to voodoo-haunted swamps and ancient Mayan ruins. 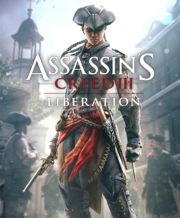