Profile
Black Rock Studio is a video game developer based in Brighton, England. The studio was founded by Tony Beckwith in 1998 as Pixel Planet. It was then acquired by the Climax Group in 1999 and was renamed Climax Brighton. In 2004 it became Climax Racing, as the Climax Group rebranded its studios. On 28th September 2006 it was acquired by Buena Vista Games and was eventually renamed Black Rock Studio in 2007. The name is derived from a district in Brighton.

Next Game
BPM: Bullets Per Minute 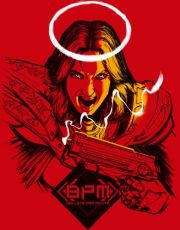 The Gunk
8 images added 33 days ago