There's nothing like a few free(ish) games to bump up your PS4 collection early on. Those of you keenly browsing the PSN Store (when it can be bothered actually loading without crashing for a change) may have noticed a few of your PS3 / PS Vita purchases are available on the PS4 as free downloads as a part of a next-gen cross-buy promotion. On PS3 this includes ThatGameCompany's Flow and Flower (but no Journey) with a minor graphical update. Vita owners may be tempted to unearth one of their early purchases though in the shape of the violent, monochrome puzzler, Escape Plan.

As a player of the original handheld version, I remember frustration setting in early on, but I was optimistic that playing the game with a comfortable controller and on my TV would make things easier. Or at least more durable. But we'll get to that later. First, I better explain what this rather odd looking game is all about. 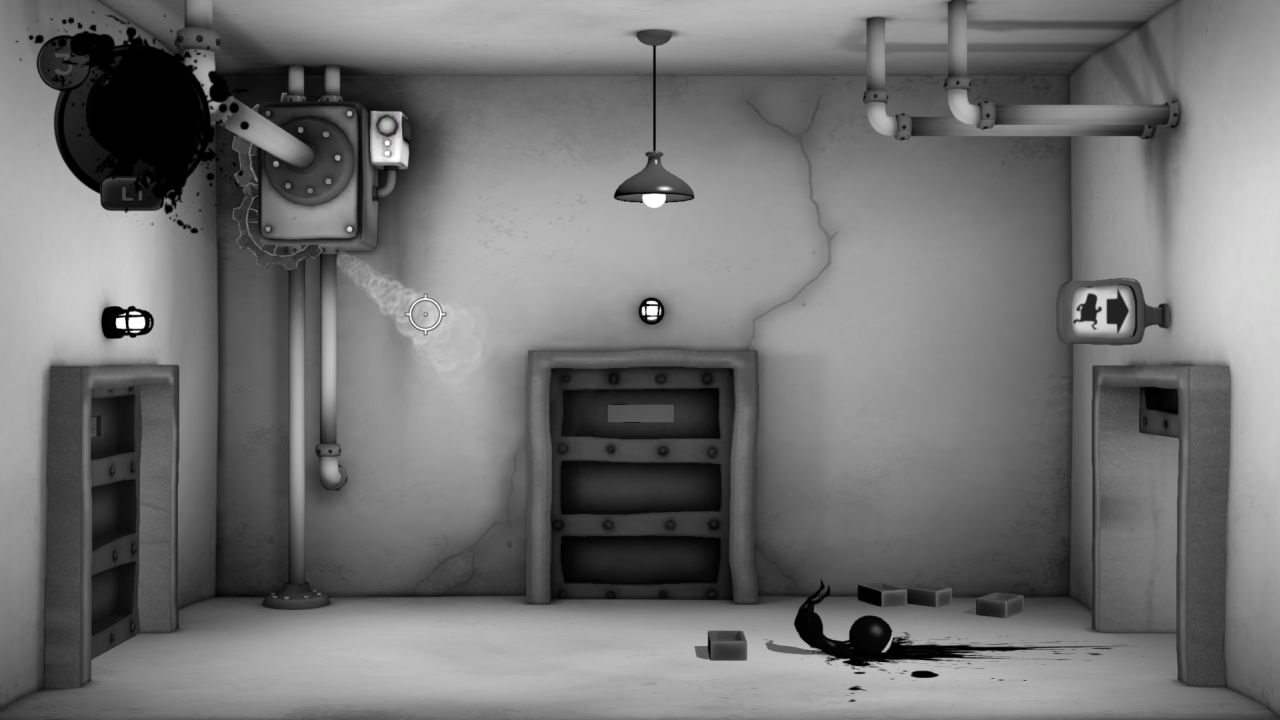 The premise is simple; controlling two prisoners, Lil, the thin one, and Laarg, the fat one, you must escape a long series of 2D challenge rooms. These involve avoiding pits, navigating shifting platforms, using pressure pads to open doors, and manipulating the environment - swinging electrical pylons, winding fans, flicking debris out the way and so on. One wrong move and our two escapees will die in an inky explosion forcing a restart for the stage. And, just to show you how rubbish you are, the death count is emblazoned on their bellies.

The DualShock 4's trackpad has been used to replace some of the Vita's touchscreen elements, although thankfully not all of them. Sideways swipes and taps no longer make the characters walk or stop, instead you press left or right on the d-pad and down to stop. This is much better as the original touchscreen controls were an unresponsive mess.

Interacting with the environment on Lil and Laarg's behalf is key to securing their freedom. Drawer-like platforms can be pushed out from behind walls for a limited time by highlighting them with the left stick and pressing R2 (replacing the Vita's rear trackpad), so timing your walks (they can’t be called runs) across them is of vital importance. 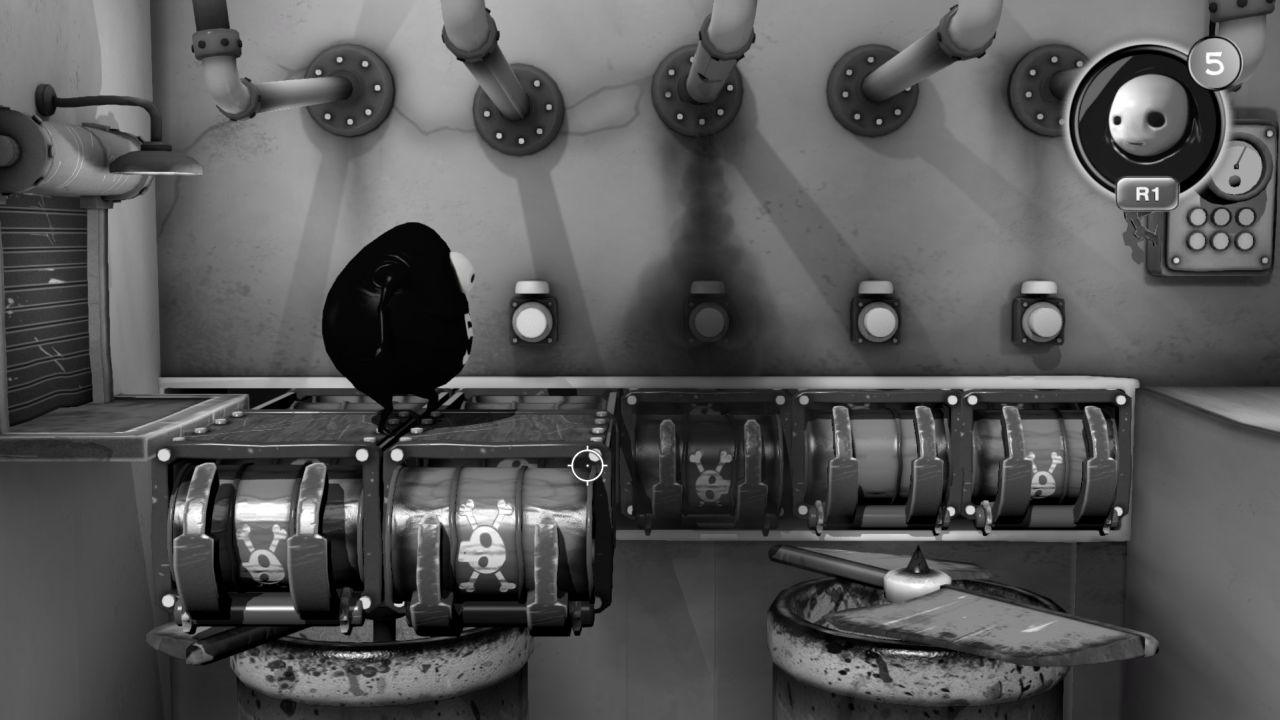 The controller's trackpad is only really used to wind up large fans to blow smoke away or roll elevators and it works surprisingly well given the small size of the new rectangle on the controller. Tilt controls remain as awkward an affair as they did on the Vita version or as most PS3 games that tried using these Six-Axis motions last generation. You're forced to tilt the pad when controlling Lil in his floating form and have him bobble past an array of spiky hazards, all while the two analogue sticks look on wondering why they're not involved. Oh, well at least the developers saw fit to make fart noises come out of the DS4's speaker when you press O to boost movement. Just what the game needed.

Each character has unique skills. In addition to floating around with the handling skills of a balloon, Lil can dash when loaded up on coffee. Laarg can fall over and break through wooden floors or doorways. Moving small objects that the pair could trip over (and die) and plugging leaky pipes are handled by highlighting them and pressing X in the absence of a touchscreen.

Some prompts and controls remain infuriatingly docile, such as moving pylons out of the way of a well-timed movement. Or even worse, in-game buttons just won't work sometimes, to the point where you'll be convinced they're not actually a button for that stage, then after trying to find an alternative route for ages, the button eventually decides to work after a dozen or so deaths. The controls for getting sheep to stay still on a series of pressure pads has to be one of the most poorly implemented features I've seen in gaming too. 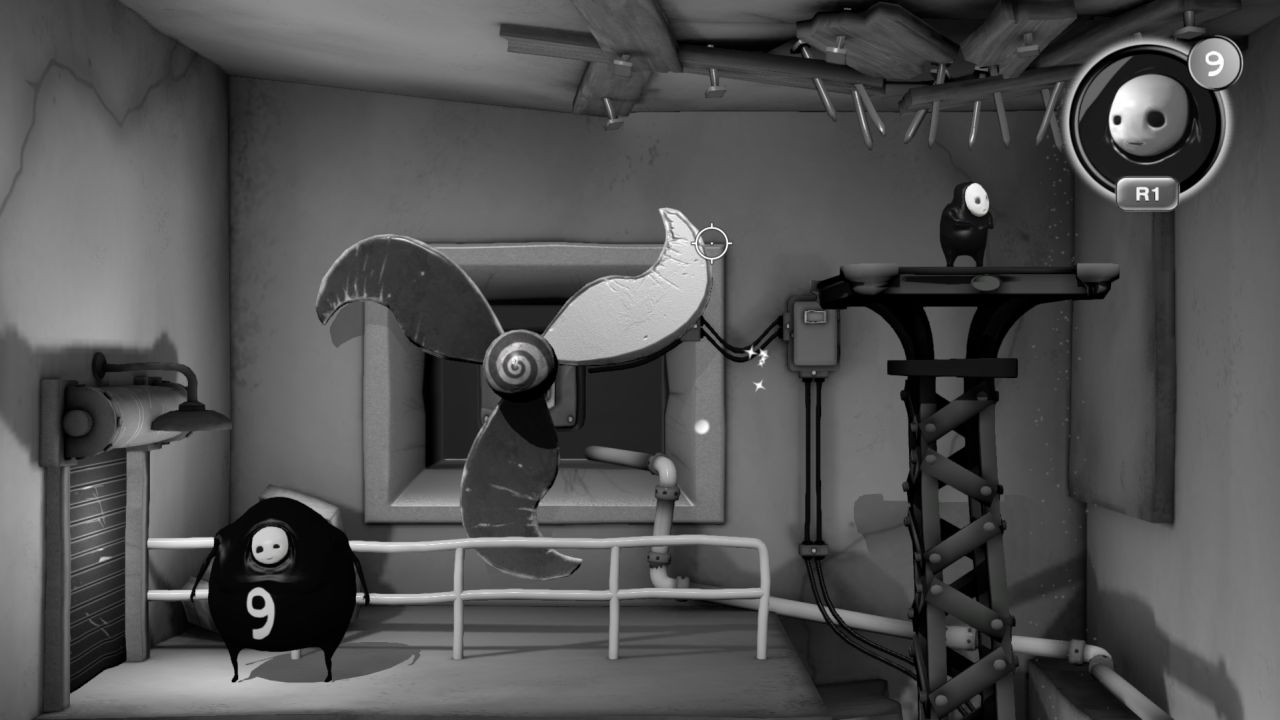 So much of the puzzles' core are based around trial and error as it is, and technical hiccups like this will have you questioning what on earth you're doing playing the game in your hard-earned free time. The forced repetition to go through a room to get to the tough point, where you’ll try something new is an utter bore. The characters plod along so slowly and when you’re just wanting to get to the part where you’ve no idea what you’re doing, knowing you’re probably going to be back another four times, it’s just not fun.

Yes, when you crack a stage it feels rewarding and the solution is often quite clever, but weighed up against the time and effort required to get to the part where you need to think, the payoff never feels good enough. Every non-essential tap of the screen goes towards diminishing your level rating too. Stages are skippable if they get on your nerves too much, but is that really what you want to spend your money on?

If somehow, you do come out of the other side of the game wanting more, there are multiple expansion packs available for purchase on PSN. But surely you're not that much of a sadist? After all, stubbing your toe, getting your beard stuck in your coat's zip, getting gravel in your shoe and trapping your fingers in a window are all equally enjoyable experiences for free.

Our ratings for Escape Plan on PlayStation 4 out of 100 (Ratings FAQ)
Presentation
65
The simple monochrome isn't particularly special looking, but edges are slightly smoother than the original handheld version.
Gameplay
56
Trial and error puzzling occasionally comes together when you nail the timing aspects and controls do as they're supposed too.
Single Player
52
With dozens of rooms to clear there are a few solid hours of challenging puzzles to get through, but after a while you'll notice you've stopped having fun and are just grinding away. Why?
Multiplayer
NR
None
Performance
48
The controls are generally more responsive than the original Vita version, especially basic character movement. But the tilt controls and odd broken in-game button may threaten the existence of your shiny new DualShock 4.
Overall
50
I can only really recommend giving this a go if you're going to be able to get it for free as a former buyer of the Vita version. You'll appreciate the improved controls, but this is still a frustrating experience for the majority of the time. Avoid until the GBP 9.99 / USD 14.99 price tag is slashed in half. 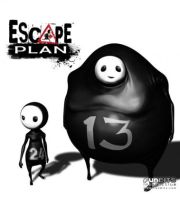