What ever happened to the 3D platformer?

And where does the genre sit in the current videogame landscape?

With the much-hyped next generation of consoles – namely the PS4 and Xbox One – having arrived, and suddenly becoming current gen, it’s undeniable that the medium is in a state of transition. Many have already argued that these new consoles offer the smallest ever ‘leap’ in technology, at least in the way they will affect the type of games we play, but nobody knows what trends will emerge moving forwards. Of course, at launch things aren’t that promising, but they seldom are, with shelf space occupied by a slew of very familiar genres and franchises that would ultimately be almost the same if they were on last gen consoles (which many of them are) only missing that little graphical polish, that extra spit and shine.

It seems a good time to speculate, then, on what types of games and genres will be popular moving forward on these consoles, and which will be left by the wayside. This got me thinking about one genre in particular; a genre that practically birthed games into the third dimension, that was once so popular and central to interactive entertainment it was virtually synonymous with it, but a genre that in recent years has fallen out of favor with mainstream audiences. I am of course talking about the beloved and infamous 3D platformer.

So what ever happened to the 3D platformer? It’s something I’ve been thinking about a lot recently, and to talk about this properly we need to look back at the history of the genre, to see where it sits in the current landscape of videogames as a medium, and to ponder its future, however bright or bleak. To do this, there is only one place to start: the beginning. New Horizons (and a brand new dimension!)
It’s the mid 1990s and Mario has waged war with Sonic for years as they each hop, bop and sprint from the left to the right of many living room screens and many children’s imaginations. But a new generation of consoles is incoming: the futuristic, disc playing PlayStation, and the less futuristic, but graphically superior Nintendo 64.

These new machines were arguably (and perhaps always will be) the biggest leap in technology from one console generation to the next; the move from flat, pixelated levels, to full 3D worlds is a jump that no amount of graphical horsepower can match. There were of course 3D games well before these consoles and arguable examples of the 3D platformer too, but there was no established paradigm in how to reimagine a beloved 2D series from the 8 and 16 bit eras into the realm of 3D. That is, until Nintendo managed to do the impossible and reinvented their most popular and important franchise, Super Mario, into the third dimension absolutely flawlessly on their very first attempt. The game was Super Mario 64 and it not only birthed a new genre, but set the gold standard for it.

Beforehand the platformer – including the Mario games – had been a simple affair: to get to the end of a linear 2D level without dying. Super Mario 64 took the character, charm and joyous jumping mechanics of the series and set them in a staggering, non-linear open world. For the time, the ambition here was simply unprecedented, but the fact that Nintendo managed to come through on their vision so masterfully meant that they had single handedly created the design document that many others would follow in the years to come. Because Super Mario 64 was such an achievement, the entire industry was enamoured with the idea of the new genre, and so the 3D platformer was the new hottest thing in games. On the PlayStation side of things, Sony was cooking up a 3D platformer of their own, which launched just a matter of months after Mario’s 3D debut. This was of course our introduction to Crash Bandicoot, and perhaps the birth of the ‘mascot era’ – a time when anthropomorphic animals with attitude were utterly inescapable. Crash Bandicoot himself was a likable marsupial, following Sonic’s 90’s cool kid vibe, designed to feel more current and appeal to the widest demographic possible. However, unlike Super Mario 64, Crash Bandicoot was a more literal translation of the 2D platformer mapped onto the third dimension. Whereas Mario’s new levels and worlds were more freewheeling and explorative, Crash’s levels were linear, reaction based gauntlets where getting to the end of a stage alive was still the order of the day. Crash Bandicoot was popular and spawned many sequels and spinoffs, but it was Super Mario 64’s blueprints that were duplicated and built on time and time again.

It’s important to remember that these were system-selling games – as popular and ubiquitous as the FPS is today – and the reason for the many copycats to come, and the many, many mascot characters that would soon inundate the medium. Everybody wanted a piece of the pie.

A Golden Age for the 3D Platformer
And so every other game released for the next few years was, you guessed it, a 3D platformer. And no developer was held in as high esteem as Nintendo’s then second mate, Rare (née Rareware). The company previously famous for the gorgeous Donkey Kong Country trilogy on the SNES, subsequently released a 3D platformer called Banjo Kazooie that simply could not have existed without Super Mario 64. Many argue, myself included, that Banjo Kazooie is possibly a better game than Super Mario 64, but it follows its lead to a fault. Multifaceted, open world hub area, check. Individual levels with challenges and collectables needed to progress, check. Non-linear stages comprised of jumping and stomping in a colorful, charming 3D world, check. But even if Rare was acting as a Nintendo cover band here, Banjo displayed smart designs and a deeper, richer world that showed they might be outperforming their inspiration. Take Click Clock Woods, one of the final levels in Banjo Kazooie, for example. The level can be entered in any of the four seasons – which in itself was visually stunning and unique – but events that happened in summer affected those in fall, and so on. This might not seem that impressive now, but at the time it was a revelation.

Rare continued to push the genre forward throughout the lifespan of the Nintendo 64, with Donkey Kong 64, a Banjo sequel and finishing the generation off with the controversial Conker’s Bad Fur Day, a game that Nintendo refused to publish, letting the now defunct THQ pick up the slack. Conker looked like the kind of bright and cheery mascot platformer we were used to from Rare, starring a hoodie wearing red squirrel, but the game was actually a crude, rude, toilet humour filled parody of popular movies of the day, including The Matrix and Alien, and subverted many tropes of the genre, messing with the player’s expectations. This was the first sign of developers of platform games being aware of the tonal shift in videogames to a more serious and mature mise en scène.

There were many other platformers during the N64/PS1 years, including 1998’s Spyro the Dragon which spawned two sequels, and the cult classic second installment in the Rayman series, Rayman 2: The Great Escape (more on him later). But before long it was time for a new era in games, and this was ushered in through the sleek and mighty, PlayStation 2.

Sony’s Holy Trinity of Platformers
Even though the dawn of the fifth generation of home consoles brought in a wave of more serious and gritty, cinematic games such as Metal Gear Solid 2: Sons of Liberty, Splinter Cell and Halo, there was still room for 3D platformers to take centre stage in the industry, at least for a while, and no characters or games represent this better than Sony’s trio of cartoon capers, Ratchet and Clank, Jak and Daxter, and Sly Cooper. 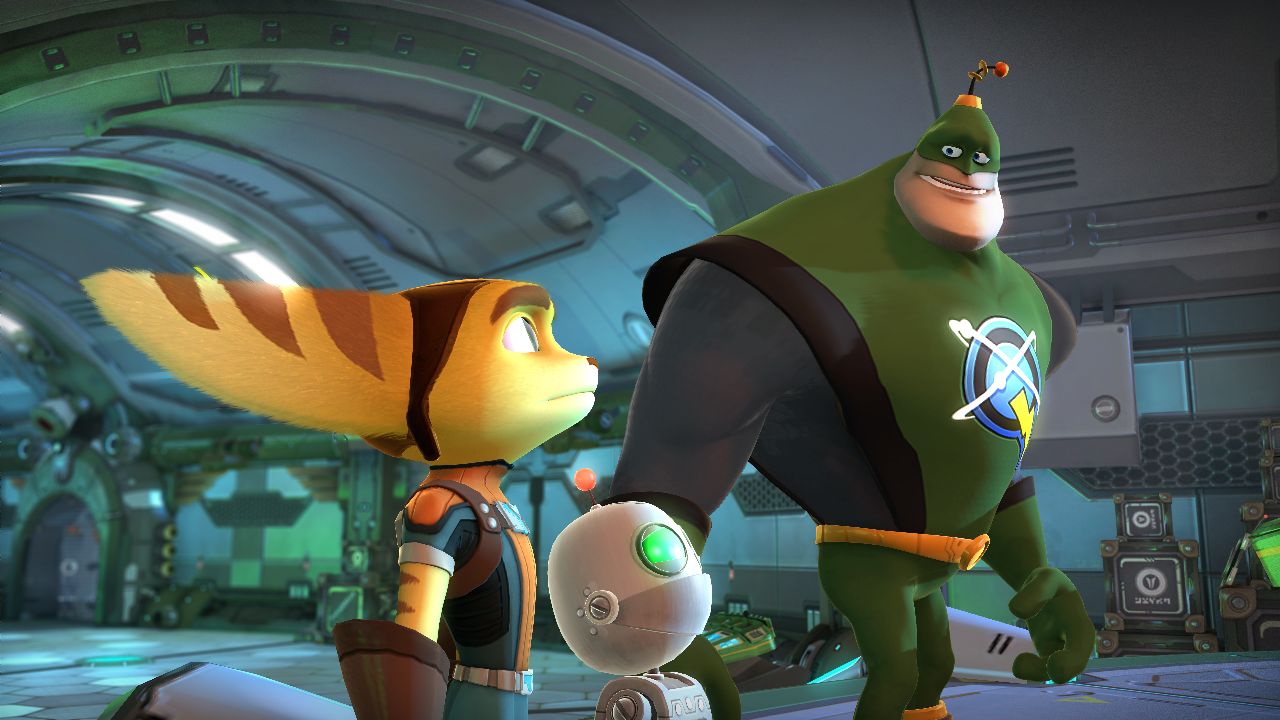 Ratchet and Clank and Jak and Daxter are particularly interesting here, because they were made by the developers of Spyro and Crash respectively, Insomniac and Naughty Dog. Despite having successful mascot franchises already (that moved consoles no less), they turned their attention to new characters and ideas, and it was arguably Insomniac that understood where gamers where going before the others did.

You see, Ratchet and Clank was still a platformer, but it had a heavier emphasis on story and writing, was set in a sci-fi world, and included an arsenal of guns. Yes, guns in a platformer! At the time this was completely new, and was almost a blending of different genres to create the action platformer. Jak and Daxter on the other hand, was a beautiful, charming collectathon, but hadn’t really ventured too far from the likes of Super Mario 64 and Banjo Kazooie. Its sequel however, Jak II: Renegade, is possibly one of the biggest U-turns of any franchise in gaming history. Seeing the success of Ratchet and borrowing the mission structure of GTA III, Naughty Dog gave their silent protagonist an edgy voice, a rad beard, a teen-angst dark side, and most importantly, a gun. Or maybe lots of guns.

It turned out that Naughty Dog understood their audience, though – or more accurately, the trends of the time – as Jak II was a great success, but looking back on it now it’s easy to see that the original was the much purer game and that Jak II simply doesn’t hold up.