Feels like the blue print of a better golf game

What is Powerstar Golf? Launch lineups are so barebones that it is hard for games to fly under the radar. Yet, Powerstar Golf managed to sleep its way through lineup announcements and press conferences until I spotted it as part of an Xbox One sizzle reel. Usually when games go so long without screen time it is a sign of poor quality. Powerstar Golf, thankfully, does not fall into that category. It’s not a great game, but not awful. The biggest problem with Powerstar Golf is that - like many others - it does not seem to know what kind of game it is. Ridiculous character backgrounds and special abilities would lead you to believe this would be something more akin to the cult-beloved Hot Shots Golf, but it lacks the refinement to stand toe-to-toe with the Sony franchise. Instead, Powerstar Golf is a product lacking the variety and precision required of a golf game, even one that is only asking for $20. 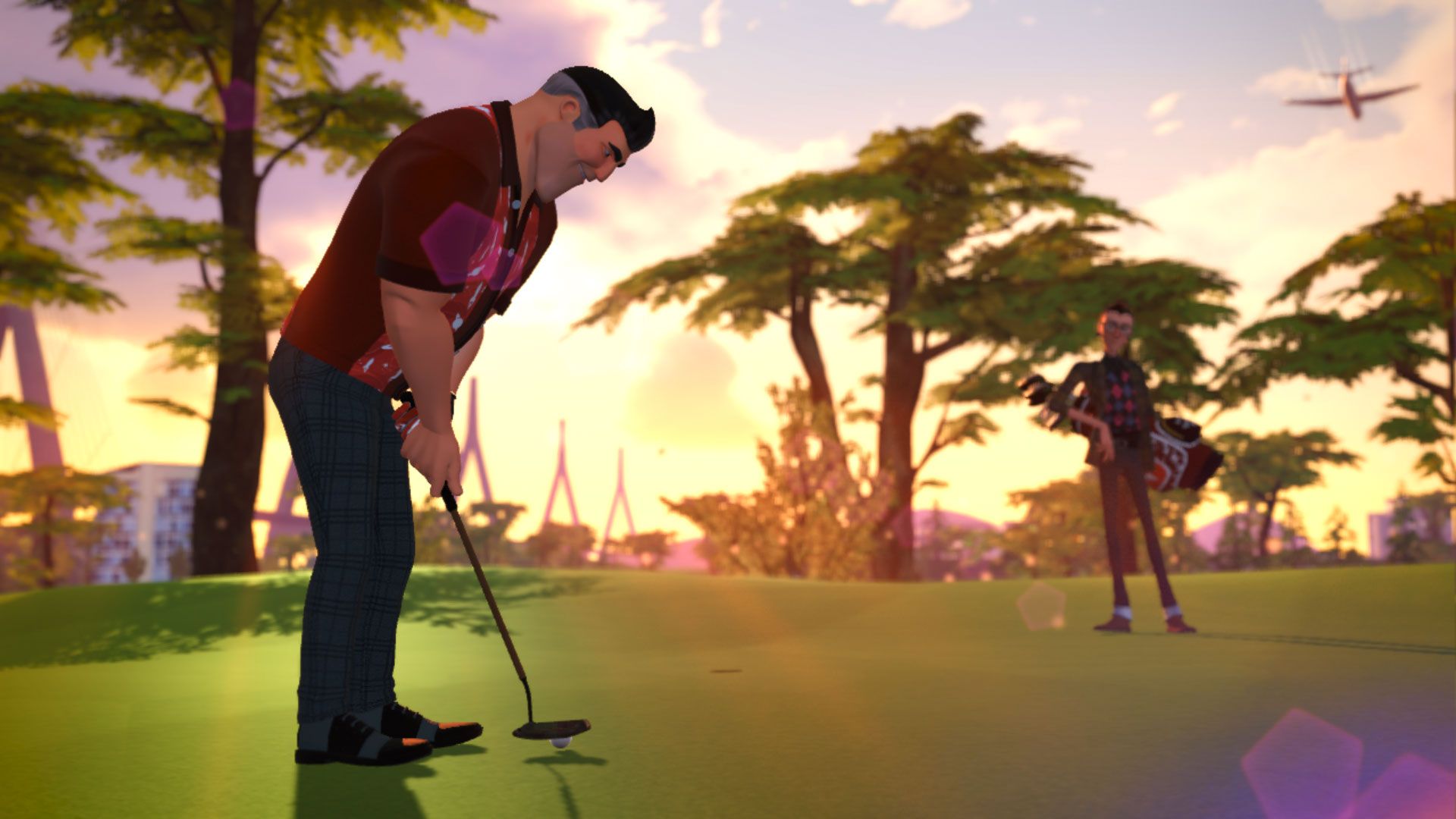 Powerstar Golf boasts some charming characters and challenging courses, but it does not feel like there are enough of them. You tee off with two playable characters and four can be unlocked by completing course challenges in Career Mode. The game ramps up the difficulty when jumping between the second and third course, making it quite the grind to unlock the final two characters. For as much fun as each character may be, their celebrations and interactions feel generic, failing to convey their suggested over-the-top personalities. When the brainiac scientist sinks a long putt for par, she tosses her club up in the air and catches it like a baton wielding drum major, a move that fails to convey her scientific background. When the nature-child from Scotland chips in a shot for birdie, she blows a kiss to the camera, a generic move with no indication of who she is. There are so few characters, who get so little time to show off their charm, that these boring animations betray any inventiveness. It shows how much Powerstar Golf fails to deliver on much of its promise.

There is little room for error in golf games; the sport is so demanding and individually intense that precise controls are required to convey the nature of the experience. In some ways, Powerstar Golf delivers on this. The controls yield little room for error, even when shots are perfectly struck or are the slightest bit off, balls can go sailing into sandtraps or water hazards. Each course is designed to be challenging, with the latter courses being downright vicious. Adding this touch of difficulty and demanding focus from players is part of Powerstar Golf’s charm, and not an unpleasant fit with the games quirky aesthetic. Sinking long putts feels rewarding, coming away from a round a few strokes over par is an accomplishment. The problem is that there is so little room for error in Powerstar’s course design, that when the game’s controls or feedback betray you, the game quickly becomes frustrating. 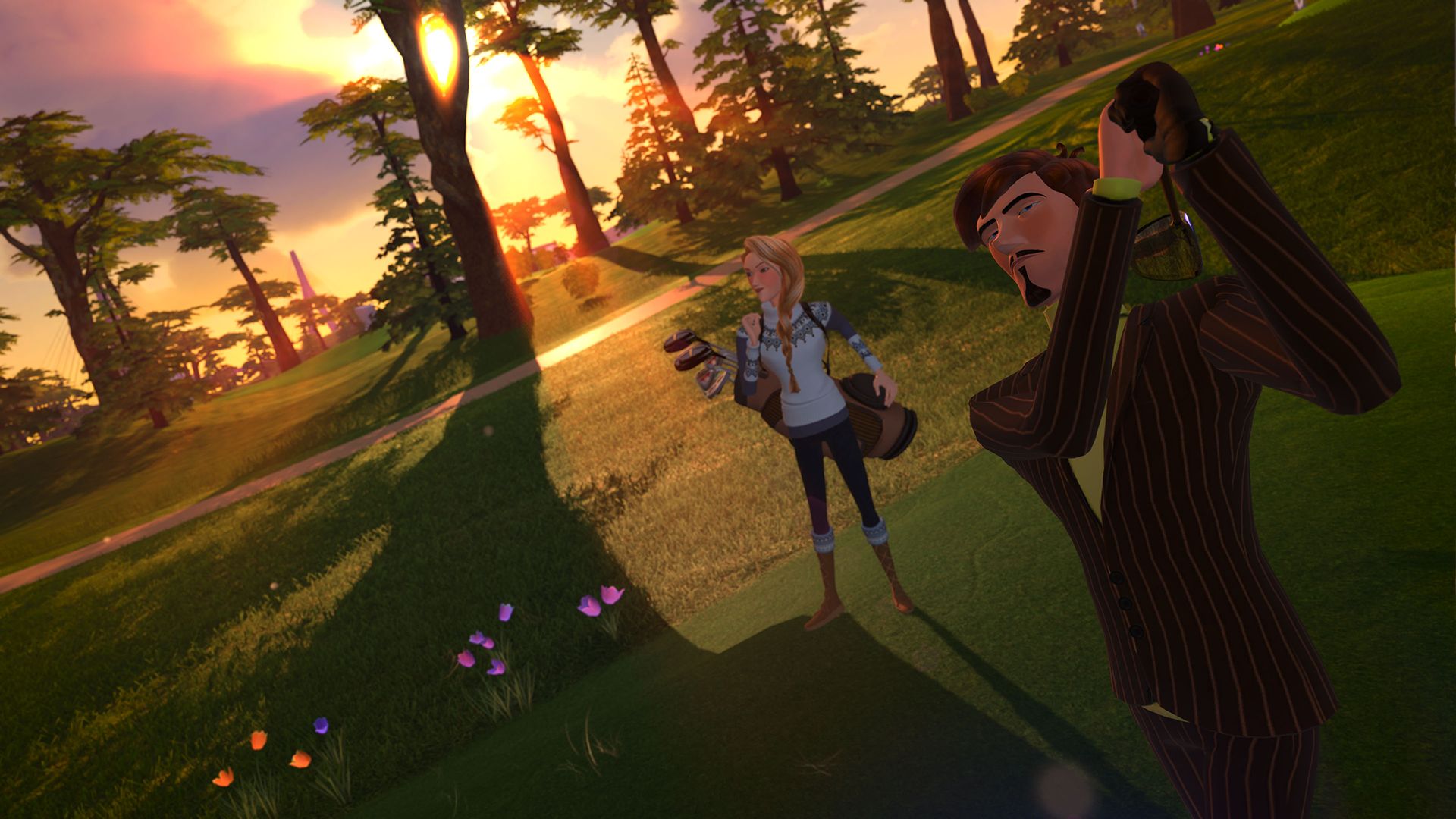 The biggest problem with Powerstar Golf’s gameplay is the sometimes confusing--if not misleading--feedback. You can account for the wind, you can account for the terrain, but still you will constantly find your ball landing in hazards of all kinds. There were certain holes where you have to learn that the ball trajectory shown when plotting your shot can be flat out wrong, then find an alternative way to the hole. This problem is exacerbated by the unforgiving nature of the course design. You can be cruising at a couple strokes over par, holding strong on the leaderboards, then while shooting across your second water trap on a par 4, the ball trajectory fails you and you lose two strokes to a water hazard.

The unforgiving nature of Powerstar Golf is attempted to be offset by allowing players to upgrade equipment via completing challenges and giving each character a special ability. However, the game gets itself into trouble again with its difficulty being so high that players can be stuck trying to grind out coins to buy decent equipment. Worst of all, the equipment is given in random card packs, so there’s no guarantee you’ll actually be getting an upgrade to your stuff. The only way to ensure progress is saving up for the most expensive pack, which can be a long haul to earn the necessary coins. This would seem like an easy way to shove microtransactions into the game, there is even a button to bring you right into the Microsoft store, but at this time there are no items available for purchase. Meanwhile, the special abilities that are intended to help you can be lackluster. Some are nice, like the ability to create an electromagnetic charge between the ball and the hole, but some are so bad you might forget to even use them. 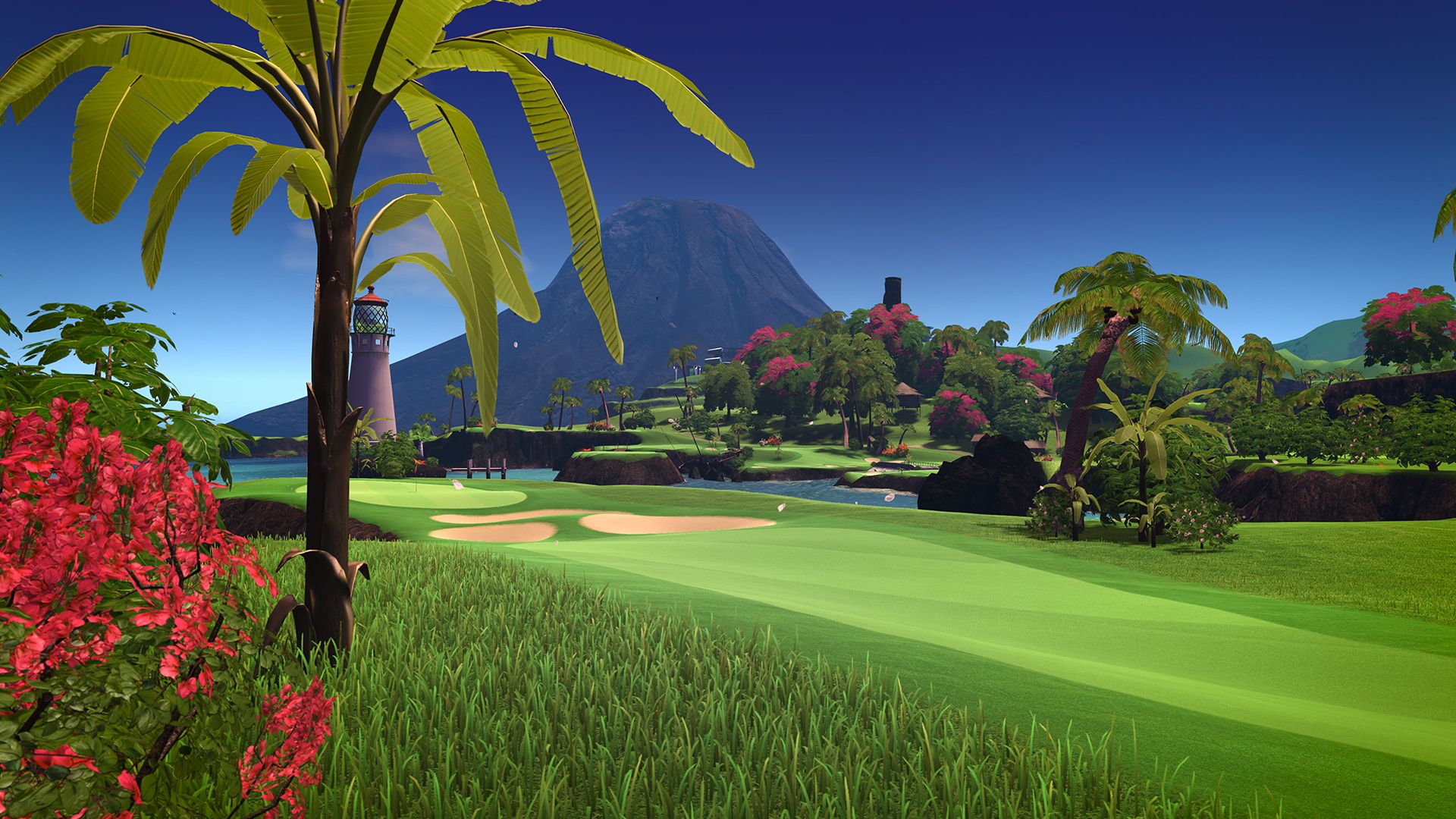 After you play through career mode, you will find Powerstar Golf to be significantly lacking in features. There is a multiplayer, but it is only asynchronous allowing you to play with ghosts of other player’s best rounds. These ghost players are called “Rivals”, but the asynchronous method of multiplayer eliminates any feeling of rivalry. There’s no sweating out what your opponent is going to do, there’s no drama to victory or defeat. Your opponent has already shot, you’re simply watching a replay of it. Sports are reliant on the human element to breed its competition. Powerstar Golf never manages to capture this humanity, instead it always feels like you’re playing alone. The game also lacks any use of Kinect, ignoring the $100 peripheral and the most unique aspect of the Xbox One experience. Aside from snapping TV and controlling the interface with your voice, the game is Kinect-less.

Powerstar Golf has some charm, and with some further refinement, it could end up being a decent golf franchise. While some of the Xbox One’s blockbusters titles might feel too busy to be played while having TV snapped in the corner of your screen, Powerstar Golf is the perfect game for this feature. However, Powerstar Golf feels like a prototype, the blue print of a better game with a decent list of a characters, game modes, and better feedback. Improvements to the variety and the demanding gameplay are needed before Powerstar Golf can feel like a game that is worthy of your $20. In the meantime, look elsewhere to flesh out your Xbox One launch library.

Our ratings for Powerstar Golf on Xbox One out of 100 (Ratings FAQ)
Presentation
70
The look and feel of Powerstar Golf is charming at first, but once you start playing, it becomes half-hearted and generic.
Gameplay
61
Despite its goofy look, this game is surprisingly unforgiving. It would be a nice change of pace, but poor pre-and-post shot feedback makes this a frustrating experience.
Single Player
55
With limited courses and character selection, Powerstar Golf turns into a monotonous grind early on. Any goodwill is bound to get burnt quickly when your random equipment ends up being garbage.
Multiplayer
53
A lack of live online multiplayer kills the human-element, which would allow the game to breed competition. Instead, players compete with the ghosts of other players, which feels uninteresting. There is also local multiplayer if you want to play with a friend.
Performance
80
As opposed to other titles, Powerstar Golf loads quickly and keeps the action going. It does not show off the power of the Xbox One, demanding almost nothing of the system, but compensates with no hiccups during gameplay.
Overall
62
Powerstar Golf is a competent game, but it is incomplete. Players will quickly find themselves longing for more features, a bigger roster, and more finely tuned gameplay. Due to a lack of content and some difficulty imbalances, the game is difficult to recommend. 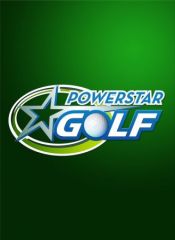