That's no way to treat a chair

It’s always exciting when games pop through the letterbox, but a few years ago, I was sent Sony’s DanceStar for the PS Move. I was dreading it, but ended enjoying it a lot more than I expected. So, when Just Dance 2014 turned up one bleary-eyed afternoon with its neon-nightmare box art, I knew it was that time again. Time to close the curtains. To apologise to the cat in advance. Time to move the sofa too close to the door. Time to stretch. Time to have a beer. Oh, and time to borrow a Kinect.

This is the fifth full game in the series, which has become frequent enough to ditch the numbered sequels and stick a year on the box. You’d be forgiven for thinking not much has changed; the art style is largely the same with real-life dancers on-screen painted in thick bright colours. Steady improvements have been made to the game itself though. Admittedly, the series started on the Wii with a motion controller that wasn’t up to anything more complex than bowling. 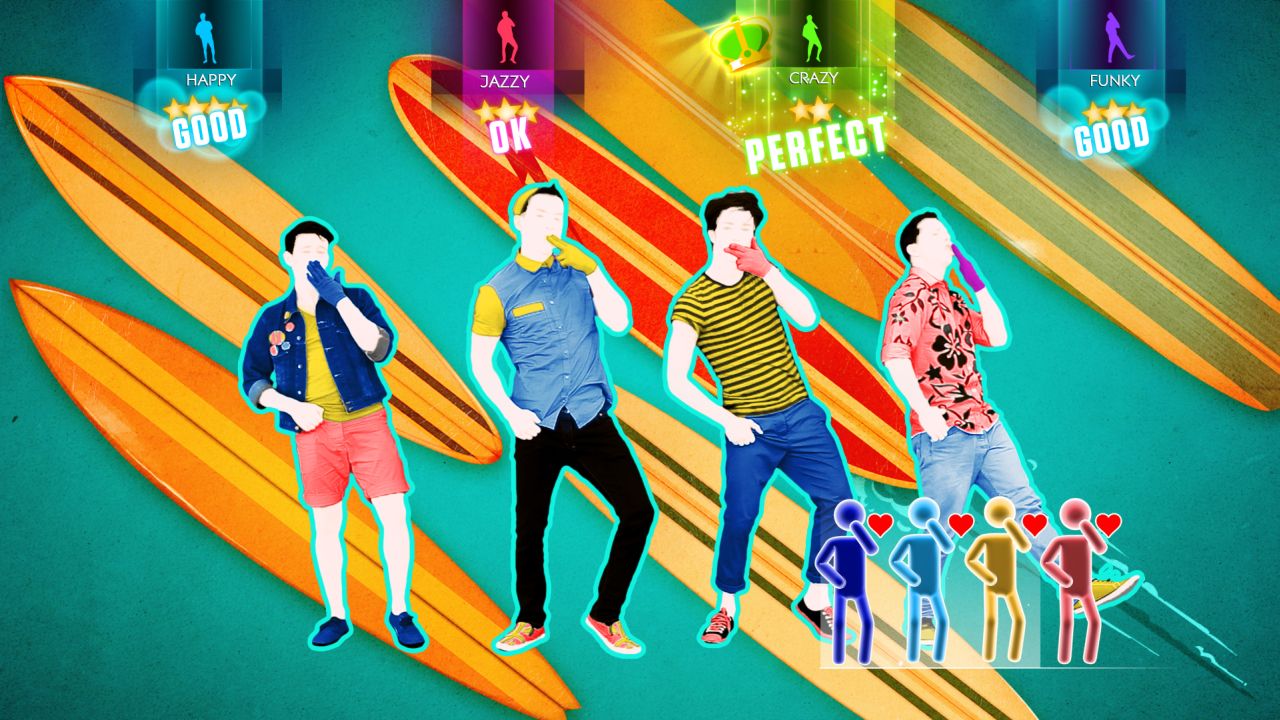 A few minutes into the tracklist, I made an early call to ditch the stick-man prompts in the corner of the screen in favour of following the larger live-action figure in the centre of the screen. Essentially, you must try to mirror the moves, but the game allows you to be a little bit behind, as you can’t be expected to match the timing when you’ve no idea what it’s going to do next.

The Kinect camera will tracks swings, waves or poses from the arms and even some leg movements. Movement tracking below the waist or of hands is a bit hit and miss though, which is annoying for those wanting to get a decent rating, not that you can fail any songs here.

There are a few aggravating instances where you'll rack up a series of 'X' ratings indicating a missed move. The problem being, they're clearly not being missed. It's exceptionally annoying because it always seems to be during a simple set of motions, yet when there's a complex part involving multiple arm movements, you can get away with rapid flailing, often scoring 'perfects'. There’s no indication of you being too early or too late either.

Generally, the moves match the tempo of the music quite well. There are some particularly recent tracks such as Lady Gaga's Applause and Katy Perry's Roar (Roar being a free DLC download). The dance for the latter does seem a bit rushed though and oddly lethargic. Expect a purely pop-based soundtrack, with a few past decades also getting a brief look-in. The Ghost Busters theme song is bound to pull a few of the more reluctant types off the sofa too – one of you can be Slimer! 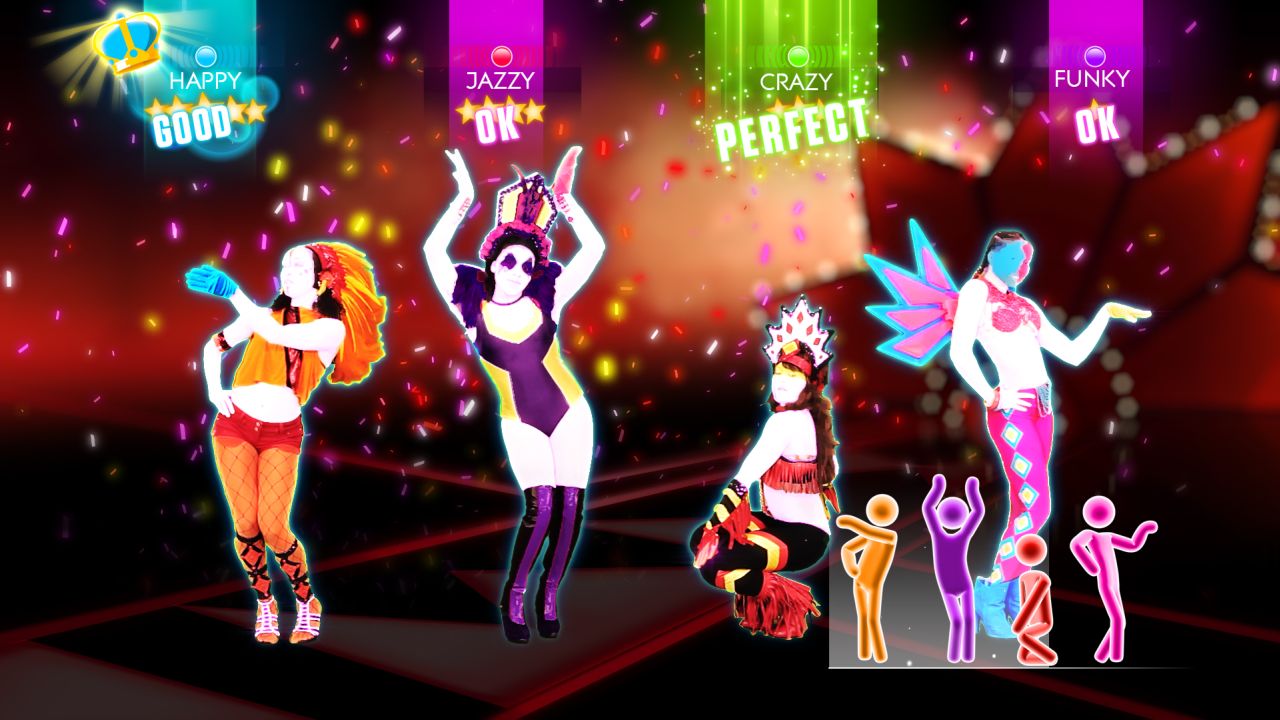 Speaking of unwanted nuisances, navigating the menus with Kinect is appalling and a taste of a future I want nothing to do with on the Xbox One. Thankfully, you can use a controller to navigate the menus and tracklist, although you’ll probably select two menus just by leaning for it in the first place.

The tracklist is lazily laid out in a side-scrolling list. No favourites list, no search options, just a long list of randomly ordered tunes. A grid format would have been better, allowing you to see more tracks at once.

The camera is also too keen to pick up people in the background on the player select screen. So expect people on the couch behind you or in the corner of the screen to be selected by accident. Hell, it chose the couch as a player twice. It's not very party-friendly when you have to ask people to lean out of the way inbetween songs so they aren’t added. Or maybe it's just a good excuse to drag them up for a go?

As a party game, Just Dance 2014 is a lot of fun. But you're going to need an unreasonable amount of space for four players (especially at a party), but two players is very doable, even if your hands may clash every now and then. Replace ‘every now and then’ with 'a lot' if the beers have been flowing all night. 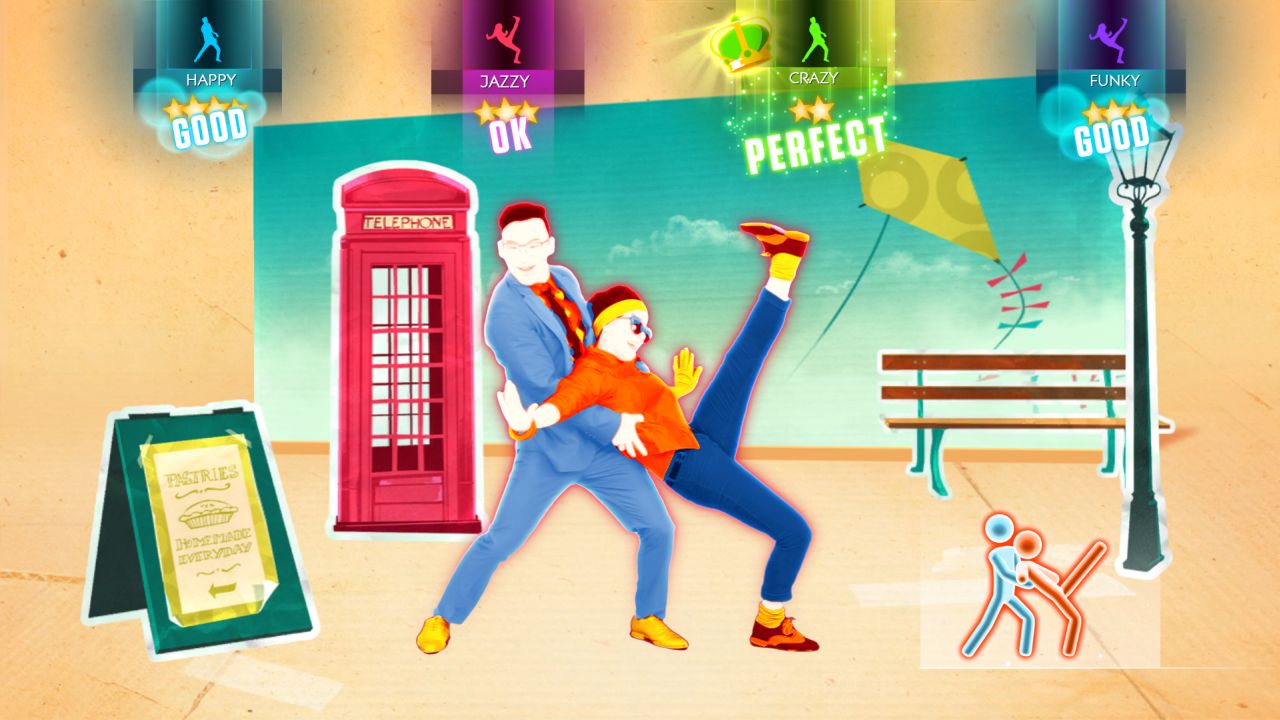 Standard multiplayer modes have you doing the same dance simultaneously while aiming for the best score. Battle modes are like a duel, the moves are different and you each have a different avatar to follow. Often they'll turn and circle each other. It's all a bit much to keep track of while moving around the room, but it's fun if you have enough space. If you want to risk more humiliation and throw lengthy cables into the drunken mix, then you can also sing along to the tracks for extra points. It’s not exactly SingStar though.

Sweat mode is just a few continuous tracks while another mode provides random dances to tracks. It’s a little light on long-term appeal to be honest, but there’s plenty for the odd party. The Chair Dance (which, annoyingly takes ages to unlock) is the clear winner for ‘most damning video evidence’ the day after. And yes, you can upload videos to YouTube. During my attempt, you’d be forgiven for thinking you'd not seen such horrendous treatment of a chair since that scene in Casino Royale.

Wii U players can use the gamepad screen to select songs and navigate the menus. While the PS3 will mainly focus on a solitary Move controller, much like a stray dog watching a fat man wave his food around while arguing about his change at a burger van. If you have a choice, I’d stick with the Kinect version.

Dance Central (which doesn’t have a release this year) comes out on top for accuracy and a better visual angle, but Just Dance 2014 is simple fun for everyone thanks to a more forgiving nature. Usually, I’d say how much you like the tracklist is an important factor but I only liked just under half of the tracks and still found myself playing it for seven hours in one night.

Our ratings for Just Dance 2014 on Xbox 360 out of 100 (Ratings FAQ)
Presentation
60
Garish visual style and the menus are bland and unwelcoming. The guiding avatars are at least very clear.
Gameplay
69
Dance along to a varied pop tracklist with a focus on arm movements. Slightly lacking in depth and modes, but it’s one of the better dance titles on the market.
Single Player
60
Maybe worth a bit of practice to unlock some extra modes before the party but there’s not much to unlock as an incentive to keep playing solo.
Multiplayer
80
Goes from so-so to party hit as soon as additional players get involved. Most environments will be able to fit two players comfortably.
Performance
70
Move tracking sometimes goes to sleep in the middle of certain songs, but most moves were acknowledged and graded fairly. Except for Roar, then it doesn’t know what it’s talking about...
Overall
70
Just Dance has come a long way from its messy Wii debut and is finding a strong rhythm with technology like the Kinect. Naturally, there’s room for improvement with some of the responses and maybe the next generation of motion-control will be up to the task. A strong contender for your cash for parties or family-friendly fun. Consider yourselves warned about the Chair Dance though. 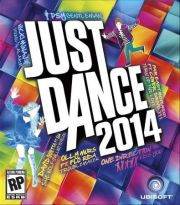