We play through a demo of the upcoming third person shooter

I’d felt like something of an outlier for my response to Lost Planet 3 at last year’s E3. The game had a less than stellar debut among much of the press in 2012, but I found its protagonist, Jim, to be endearing, and the vaguely-horror leanings of his battle with the alien Akrid on a frozen planet E.D.N. III compelling. This year, however, my time with Lost Planet 3 seems to be marked by a regression back towards the mean.

When I got my hands on the single player demo, Jim was seated in the cockpit of his “rig”, a giant, bipedal construction robot armed with a drill and claw, that serves a bit like a suped-up version of the power loader in Aliens. He didn’t stay there long, though, as the rig stood before a locked door. The door’s release was located in a nearby facility, so Jim had to exit the craft and use his grappling hook to enter a second floor window. 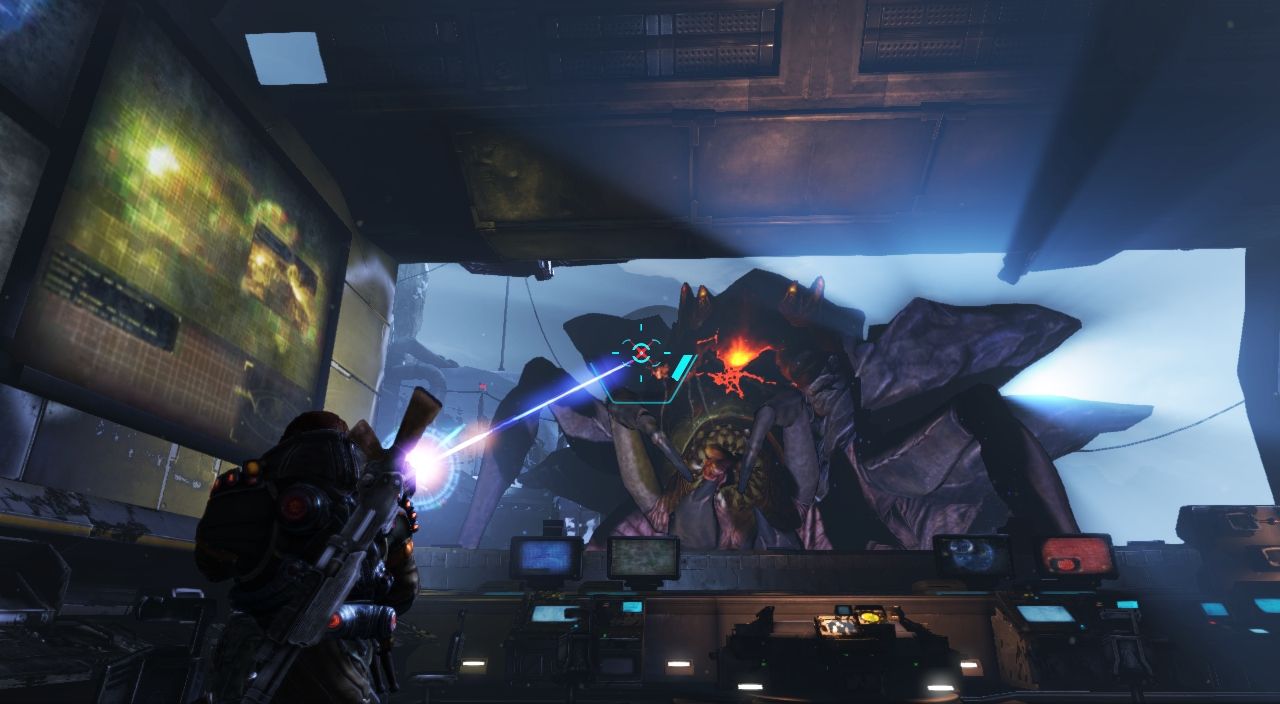 Once there, a massive boss Akrid made an appearance and engaged Jim from outside. One gets the impression that if it made an earnest effort it might have had him, but it elected to attack him from outside with a simple pattern of attacks. It would reach its tentacles in for a swiping attack, or fire two pods into the room, which, if left undisturbed, hatched into small, facehugger-like Akrid. A small orange glow on the beast’s head illustrated its weak point, but it took so much gunfire to bring down that I second guessed myself more than a few times (a hit marker and the widening of the spot reassured me that yes, I was doing damage) .

Neither of the two weapons on hand felt particularly effective during the battle. Jim came equipped with a laser rifle, but it didn’t seem to pack much punch, and its quiet, “pew-pew” sound effect didn’t instill much confidence. The shotgun felt more potent, but conferred about the same results. And after wasting untold amounts of ammo trying to shoot the smaller enemies, I came to realize that the more efficient strategy was to largely ignore them, firing on the boss while intermittently hitting the melee button to kill them as they attacked.

The melee attack, for its part, feels very hit or miss, which is a problem for a button whose expressed purpose it to hit things. Sometimes it would vaporize the Akrid as they sprang towards me, other times it would catch nothing but air. The enemies in Lost Planet 3 are in constant movement, and the melee attack seems to have a strange hit area that doesn’t make contact reliably. Nevertheless, the boss eventually went down to my attacks, though he ended up reappearing for identical battles two further times later on. Hope you like multi-stage boss fights. In between attacks, I worked my way through the bowels snow-covered facility, smashing the aliens as they burst out of pods, until I found the terminal that unlocked the exterior door. 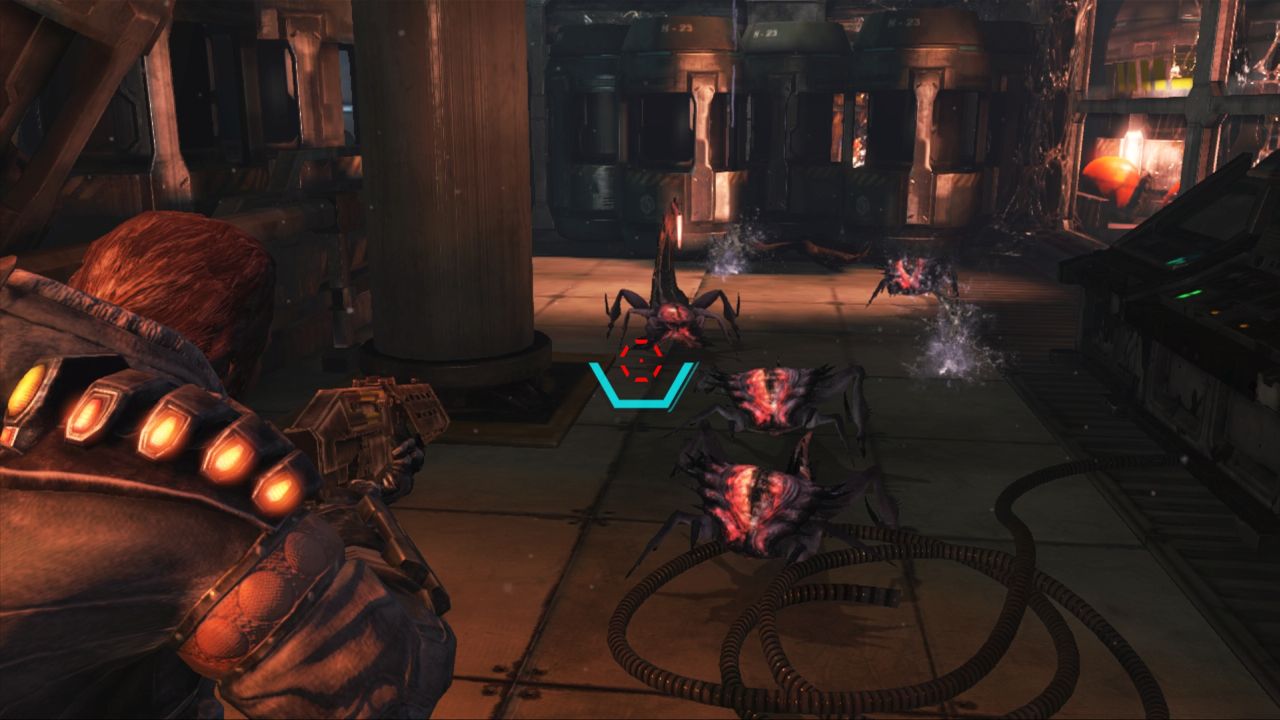 Earlier demos for the game played with the contrast between time spent in the rig and out of it. I’d found myself dreading the sections where I had to leave its cozy confines to explore some abandoned building or cave, as Jim feels more exposed, more fragile. That feeling was firm in my mind as I made my way back towards the rig, when the boss Akrid from earlier resurfaced, effectively cutting Jim off from his robot. After a few cutscenes and quick-time events, he dodged past the creature, fought a few smaller aliens, and made his way to a higher vantage point.

Time for another round with the boss, who was still employing the same attack pattern, despite the fact that it was clearly proving ineffective. After dropping him again, Jim ziplined back to his rig for a final battle with the giant Akrid. It entailed pressing a shoulder button to counter the enemy’s attacks as it went through a repetitious pattern - block, block, then use the rig’s grappling hook to grab its tongue. Unfortunately, the grappling hook didn’t grab onto the tongue reliably, which meant redoing the whole process quite a few times. Eventually, the Akrid was done for good, but it managed to cause Jim’s rig to crash in the process, and he lost consciousness. 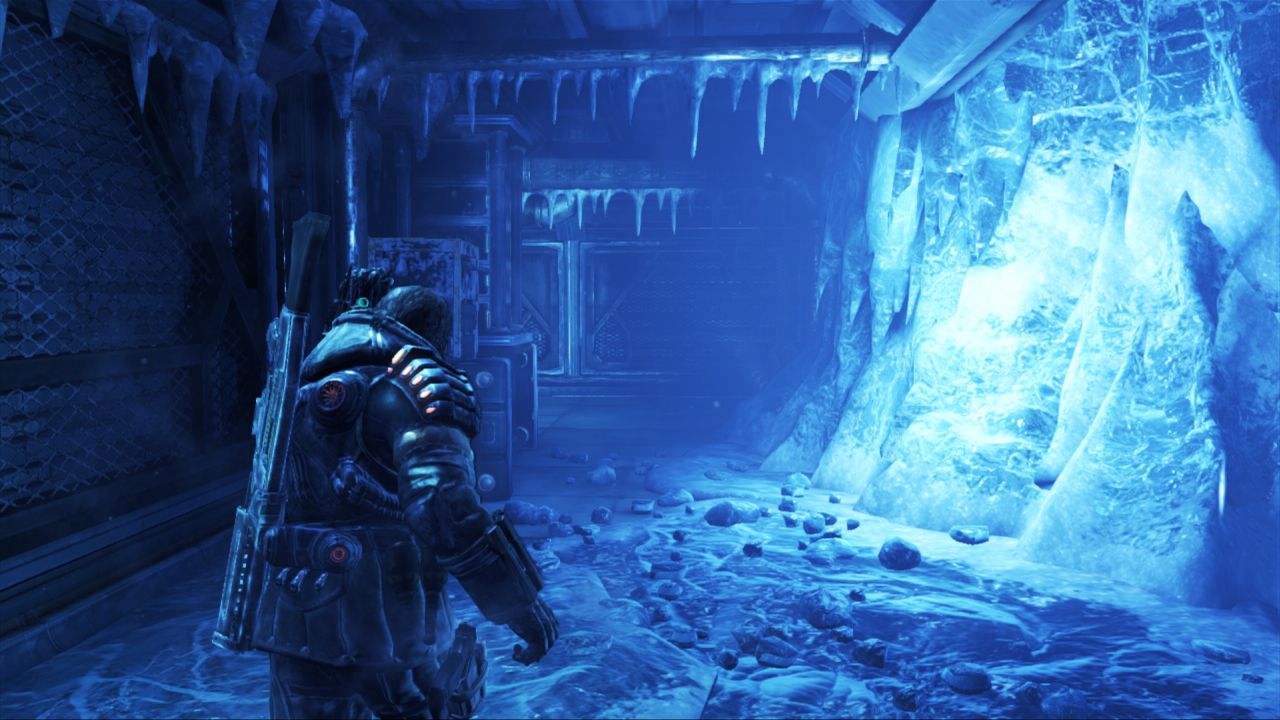 He awoke in safety, thankfully, as a mysterious stranger had rescued him and rehabilitated his wounded legs. Before he could get much info about his whereabouts, however, she was gone, leaving him to survey her abode as the demo came to a close.

It’s hard to say whether this cross section of the game is indicative of how the rest of Lost Planet 3 is shaping up. What’s clear is that there are some lingering issues with the game’s controls and pacing. I can also say that I’m still interested in Jim as a character, and I’m hopeful that his presence can bring some much needed warmth to E.D.N. III’s frozen wastelands. Lost Planet 3 launches in August for PC, Xbox 360, and PlayStation 3.

All videos for Lost Planet 3 (5)
Advertisement ▼