For those of us that are old enough to remember the original Motocross Madness from 1998 by Microsoft and Rainbow Studios will recall big air, fast bikes, satisfying controls, and fun open world environments. Almost all of these elements are back with Avatar Motocross Madness, the 2013 release of the bike racing game with the same name on Xbox Live Arcade. It may not be bigger and more badass, but this resurrection of the original classic still hits all the right notes for an enjoyable motorbike game of the modern era.

Motocross Madness is a bike racing game, as the name should have clued you in. Getting behind the wheel of your ride is your Xbox 360 character avatar, which are integrated into the game to give all players a chance to use their online personas. Granted, most such games are usually regarded as arcade experiences with little redeeming value – but that’s not the case here. Players can customize their riders in various sets of gear, though of course it sadly can’t be kept once you exit the game. A system called Avatar FameStar lets you track all the unlocks and achievements associated with your persona. Your outfits don’t affect the gameplay, so it’s mostly for players who like to earn superficial goodies. 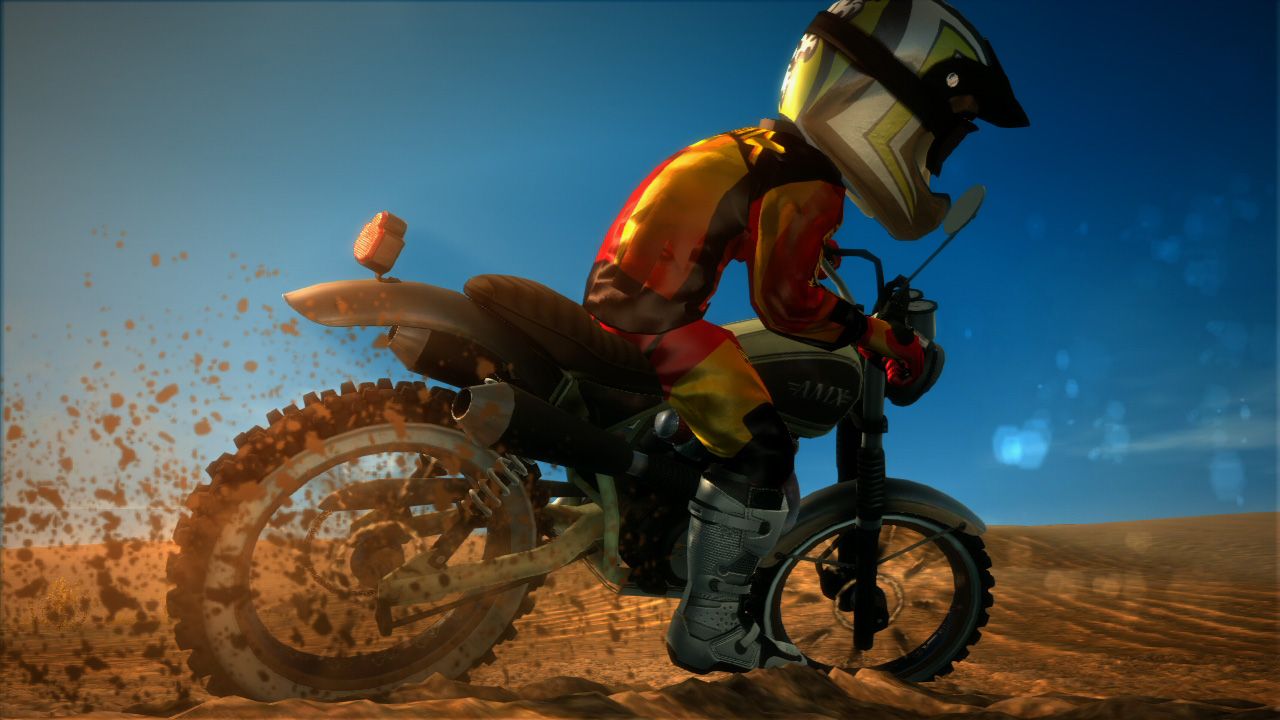 Once you’re off to the races, the game is both fun and sometimes challenging. All of the environments are freely explorable with no invisible walls or mechanics to guide the players to stay on the track. So you’re always in full, manual control of your bike meaning that using brakes and drifting is important. Flying off the course because you angled your bike in the wrong direction or crashing into the stands are all real dangers. A boost system refills when you drift or perform tricks in the air – the tricks work with button modifiers and various degrees of difficulty, and are almost always a joy to perform. The driving engine does feel light and arcade-y most of the time, and if the rider touches an object or crashes into a wall, you’ll lose valuable time. Having said all that, the game has decently balanced driving mechanics to appeal to both dedicated players and first timers, often accompanied with varying difficulty track design.

Performing well in race events earns you both money and experience points, which can be spent on corresponding items in the shop. With money, you can purchase avatar items, new bikes, and performance upgrades. There are six bikes in the game, with varying stats from speed and acceleration to tricks and maneuverability. You’ll be OK to complete the game using the first bike provided and upgraded to the fullest, but the option of bike variety is there for players who want to set specific records. Meanwhile, the experience points are used to level up your profile, unlock new events, new items in the shop, and even gameplay bonuses. With higher levels you can pull off harder tricks, boost and break in the air, and perform other actions that directly affect your abilities on the track. XP is earned not only by winning but also by the tricks performed during the race, providing ample opportunity to rise through the ranks. Similarly, money can be earned by picking up coins from the race track. 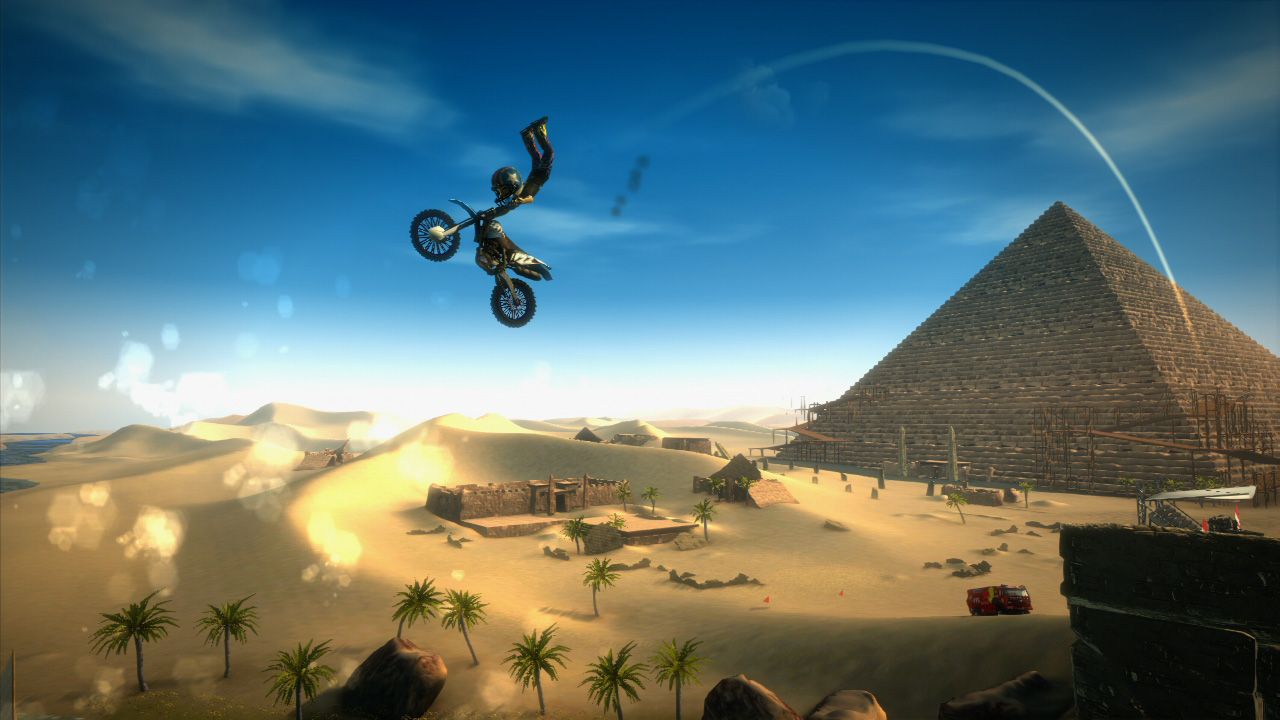 The game modes in Motocross Madness are split into four different event types. Races are straightforward events of lap racing; Rivals tasks you to beat the ghosts of random opponents from across Xbox Live or your friends; Exploration puts players into an open world setting to collect items; and Trick Sessions are also open world events, but this time with a timer and competing players. Races and Rivals should be fairly familiar to any modern gamers and function as expected. Meanwhile, Exploration and Trick Sessions are surprisingly freeing, with large maps for players to free roam and perform tricks from the most unlikely environment surfaces. It’s a definite throwback to the original game, complete with the hilarious slingshot effect if you try to escape the edges of the map. All events feature three different aesthetics based on geographical location; Races and Rivals share a set of 9 tracks, and Exploration/Trick Sessions also share 9 open world maps. The only negative thing to say here is that most of the races are locked – and it never says why. Players will have to keep winning in order to unlock more tracks, but some feedback would have been good.

Once you’ve mastered the career mode and tricked out your ride and avatar, it’s time to head online. First up is the club system, where all friends who own the game will appear. It acts similarly to a friends-only leaderboard system, however there are also specific club challenges that can be completed to earn bonuses for the club. It also links back to your offline career mode, where challenges appear based on how well others in your club performed in their own offline racing. Such challenges range from best time to highest jump and longest drift, providing more reason to compete even if your club mates aren’t online. Should you wish to race against others, the game’s matchmaking system can be a bit troublesome at times. But once you get into a competition, there’s no lag to worry about. Global leaderboards are present as expected, but so is split screen racing for local play. 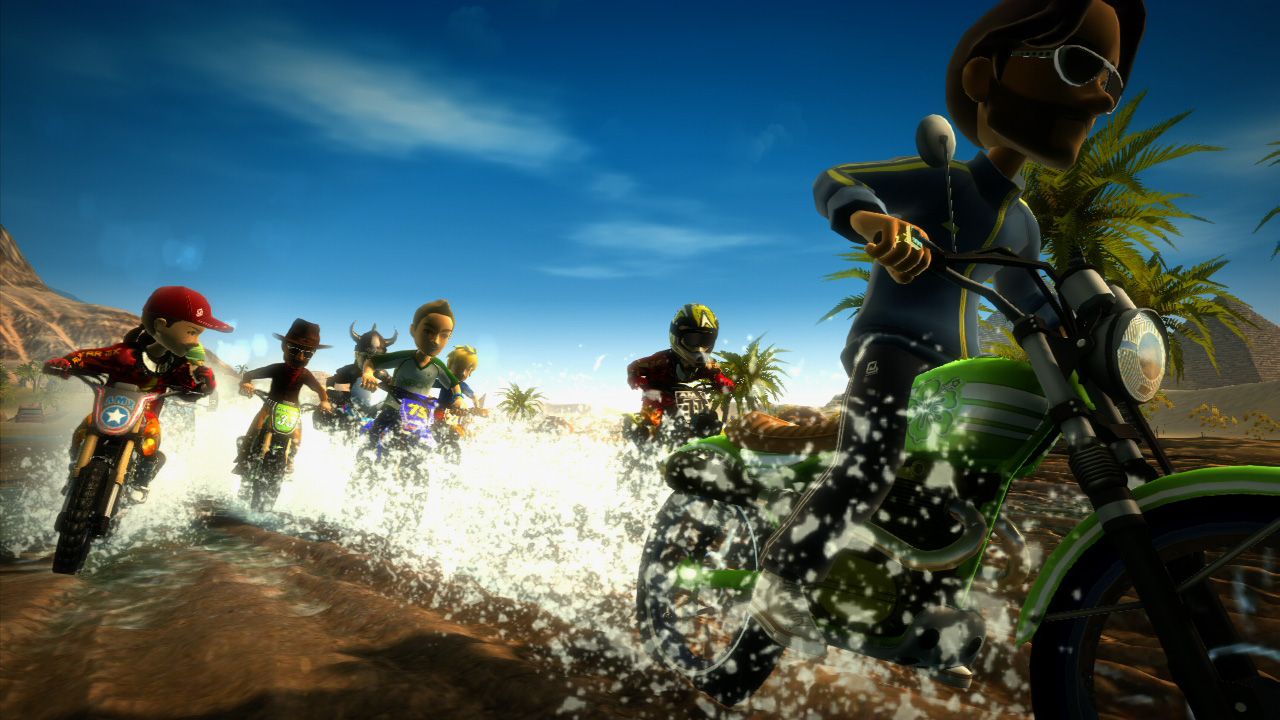 On the technical front, the game performs decently well given the speed and special effects displayed. There are some framerate issues during the most visually demanding sections of the track and many players on screen. The title also suffers from very noticeable texture streaming when first entering an area of the track. Audio design is solid, with a high energy but limited soundtrack and admirable sound effects.

Motocross Madness sets out to provide an enjoyable bike racing game, and it does just that. For a downloadable title with an 800MSP asking price, there is a surprising amount of content on offer. Racing and performing tricks is fun both against AI and against others, the XP and money rewards system are well designed, and big open maps offer plenty of replay value after you’ve managed to collect everything – which will take many hours. Some technical issues in presentation and multiplayer aside, this Motocross Madness is an entertaining racing experience that will appear to a wide range of players.

Our ratings for Motocross Madness on Xbox 360 out of 100 (Ratings FAQ)
Presentation
77
A colorful palette that presents an overall cheerful atmosphere. Enjoyable, but limited soundtrack.
Gameplay
80
Getting big jumps and pulling off tricks never gets old, and is something that the game does almost perfectly. Players will need to pay attention to stay on the track, but otherwise the game is very accessible.
Single Player
83
A wealth of content for both racing and open world exploration, there is a lot of value for the money here.
Multiplayer
84
Connectivity issues aside, lots of leaderboards and challenges should keep players busy for as long as their friends are playing.
Performance
73
Some texture streaming and framerate hiccups.
Overall
80
Motocross Madness is an enjoyable and expansive experience that manages to keep the legacy of the original game intact, while also proving that arcade games that use Avatars can be good. 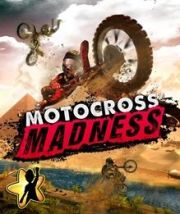