“Find (spoiler deleted) and kill him!” Alpha calls back. 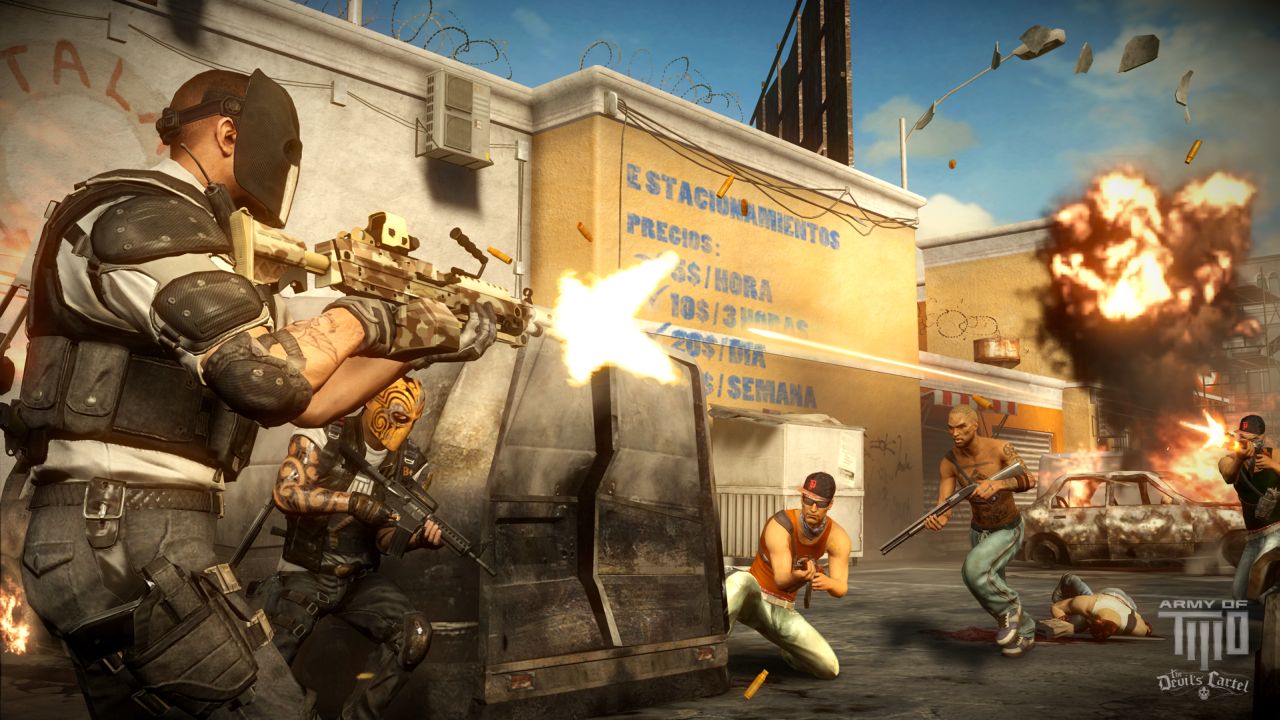 The Devil’s Cartel departs from the traditional Army of Two plot structure, changing the focus from the series’ previous protagonists, Elliot Salem and Tyson Rios, to agents known as Alpha and Bravo. If you’re an Army of Two fan, don’t worry, Salem and Rios continue to pop into the narrative from time to time. The game starts with Alpha and Bravo being hired by a Mexican politician named Juan Angelo Cordova for protection against Bautista - I don’t recall him ever getting a first name - who is the leader of the largest drug cartel in all of Mexico. In the opening sequence of the game, Cordova’s caravan is blown up and things go downhill pretty quickly.

Where The Devil’s Cartel really runs into trouble is its narrative. The game only has a single player mode and thus forces players through a story that is eye-rollingly cliché and laughably obtuse. The lead characters have been stripped of names, possibly to help players feel more like their respective character. The only problem with this is the characters spend almost the entire game talking to each and providing their own distinct attitude. Immersing yourself as either character is impossible because the game goes out of its way to build these characters, what’s worse they build them poorly. After spending nearly eight hours with the duo I know that one owns a boat, the other wants a family, and they both might have an attraction to the supporting female character, but it’s hard to tell as they never establish any connection beyond talking shop. In the end, the names Alpha and Bravo are well suited as they feel like mobile gun turrets that serve to do little more than move the missions along. 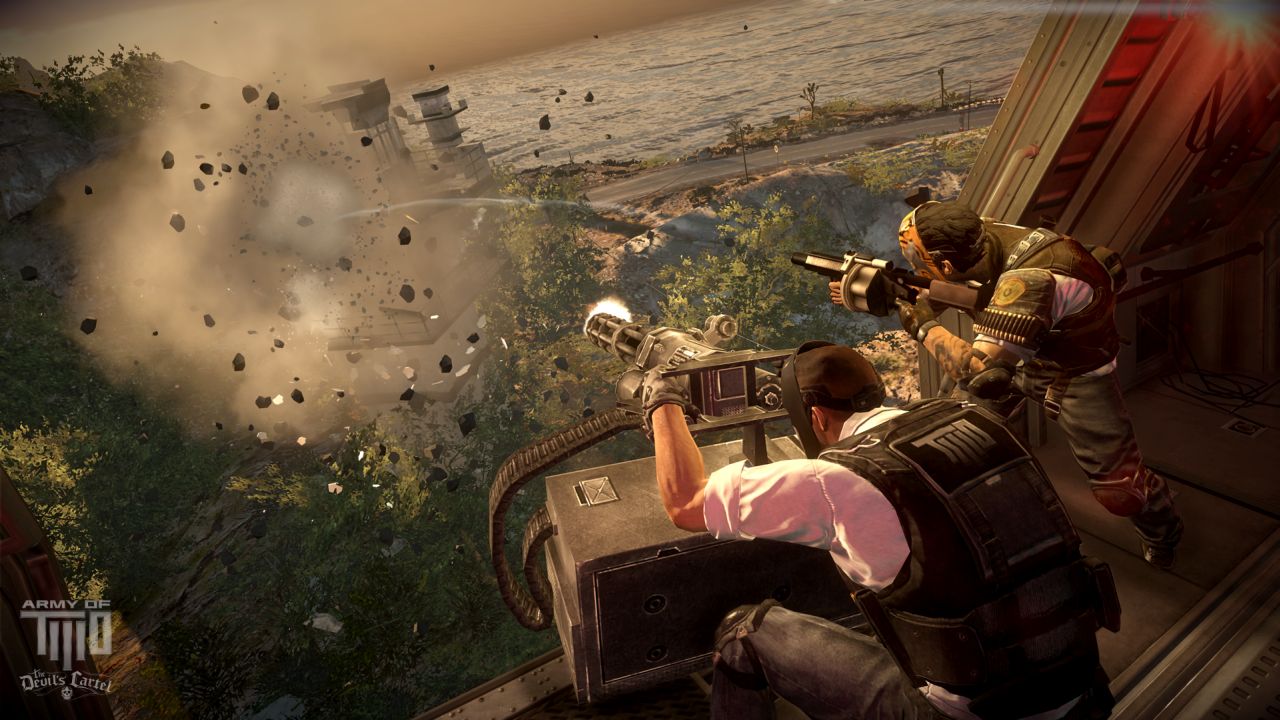 The narrative of the game moves in snappy succession and the Mexican backdrop provides an interesting setting with unique landscapes and buildings. However, despite the locations varying in name, they are all relatively the same. Objectives pop up on the screen from time to time, almost as reminder that you’re still doing the same thing you were ten missions ago, find so-and-so and kill them. This is the biggest problem with The Devil’s Cartel, you just kill things. Look for the guys wearing baggy pants and t-shirts and light them up. Where are the civilians? Where are any other characters? The whole of Mexico feels like it consists of whoever is on your team, some omnipresent voice on the radio, and thousands of Cartel soldiers. The game never bothers to give any personality to its villains, its heroes, its supporting cast, its setting, or itself. The only time someone actually talks about Mexico is when Cordova - the game’s most fleshed out character - talks about what Mexico once was, but as we never see any other part of the country, it’s hard to imagine that it actually exists.

However, the story is meant to simply be vehicle for the combat, the characters are just supposed to clear rooms, and the game is reduced to only that, a game. Which is perfectly fine, The Devil’s Cartel hints at some greater messages and themes, but it seems pretty aware of its purpose to simply create a scenario where shooting enemies is justifiable. The majority of the game is delivered with tongue-and-cheek dialogue proving the game isn’t taking itself all that seriously.

But the Devil’s Cartel is a shooter first, story second. The series has long put the emphasis on co-op gameplay and that remains true in their latest offering. Players will have to work in tandem to engage their enemies, drawing enemy fire, and then advancing when the attention is on their teammate. There are some other aspects where the co-op feel is present, moments where one player will man a turret gun to cover the other, or where the mission path diverges, separating the players. While the co-op feel is present, it is rarely dynamic. Sure, it feels better to take down enemies with a friend sitting next to you on the couch, but The Devil’s Cartel never manages to be creative with the idea. Army of Two would like to think of itself as the definitive co-op experience, but it really is no better than Borderlands, Call of Duty, or Gears of War. 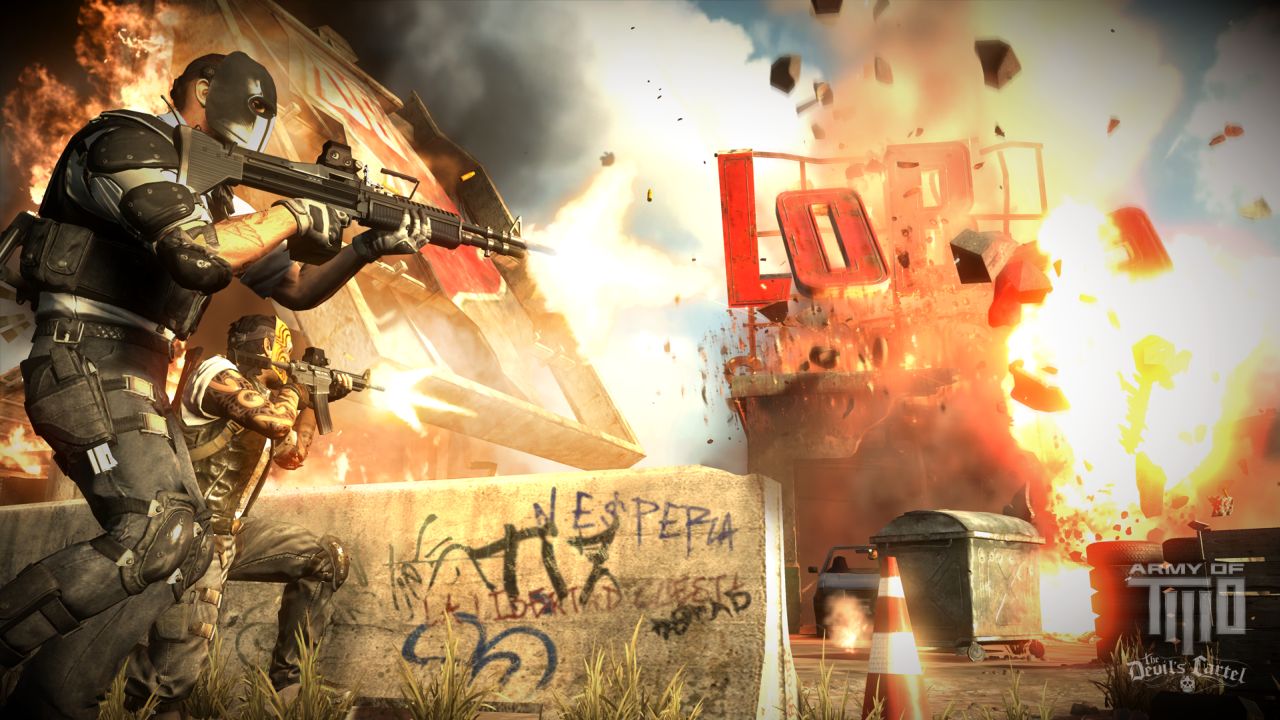 Make no mistake, the game is perfectly competent. Sometimes getting into cover and escaping it can feel a little stiff, and the auto aim leaves a bit to be desired, but the game is fairly forgiving so the mechanical hiccups are easily ignored. Cycling through your three weapons is easy and makes changing your tactical approach equally so, battling heavy waves of enemies feels rewarding, and the challenge feels taut while never overwhelming. If you’re looking for a hardcore shooter that relies on smarts and encyclopaedic knowledge of the game’s arsenal, keep looking. The Devil’s Cartel is all about keeping the experience moving, rather than requiring the player to learn anything. There are some general stats from weapon to weapon, but it’s hardly required to complete the story. In this world, guns always have 300+ bullets, it takes about 5 direct shots to kill anyone, and anything that is red blows up. It is not eloquent, but it’s not bad; simple and easily comprehended.

One of the best parts of the game is the customization of weapons and equipment. While not entirely necessary, seeing the changes made to your weapons and being able to customize your mask - a new feature - is good fun. Spending money in between missions is the game’s real objective and the only real goal to work towards. Seeing where you rank in online leaderboards encourages you to keep improving your play. This is where The Devil’s Cartel is at its best, focusing on its core shooter experience and action influences. 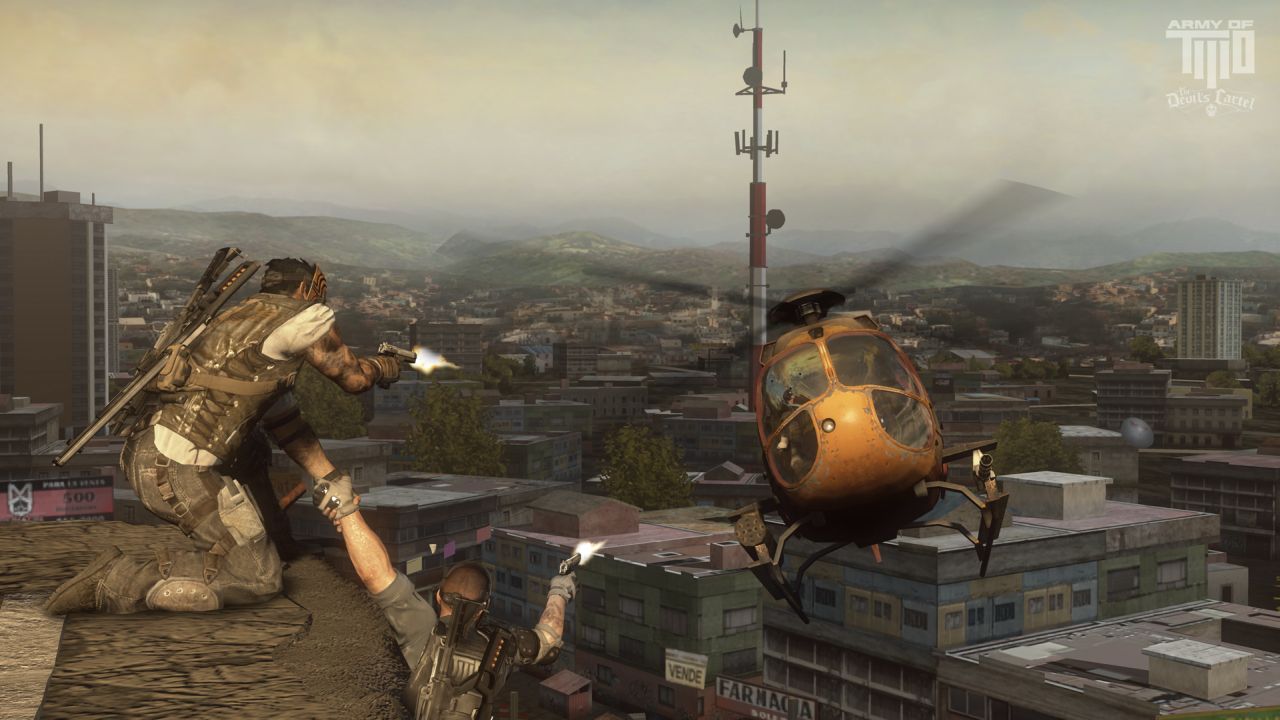 The look of The Devil’s Cartel is a mixed bag. The game runs on the Frostbite 2 engine, which was used to make the impressive looking Battlefield 3. There are little impressive details, such as facial scars, subtle character animations, and small environmental touches. The larger picture is where the Devil’s Cartel fails to stand out visually. The art direction seems aware that Mexico has a vibrant culture and distinct look, but fails to bring this setting to life with cookie cutter versions of the game’s many tried-and-true locations. There does not seem to be any love for the world the game was creating, instead it feels generic. Furthermore, the technical aspects of the game are weak. Armorless thugs with inadequate fire power will try to bum-rush you and throw grenades with a suicidal carelessness, showcasing the game’s bizarre AI. Other technical issues stem from constant invisible walls that you run into, where a blue exclamation point blatantly lets you know the game is loading its next section. While none these missteps are unforgivable, they consistently take you out of the experience.

Army of Two: The Devil’s Cartel is totally serviceable as a disposable shooter. It’s simple and accessible, with mechanics that are well crafted. Aside from a few technical bumps in the road, the game is a capable, fast-paced experience. It is when you get beyond the mechanics into the visuals, narrative, and themes that the game loses its lustre. There’s nothing The Devil’s Cartel does to stand out from the other competent titles that populate its shooter genre. The characters are uninteresting, the design is forgettable, the writing is crass, and it leads to an overall package that feels creatively bankrupt.

Our ratings for Army of Two: The Devil's Cartel on Xbox 360 out of 100 (Ratings FAQ)
Presentation
74
While the individual character animations in The Devil's Cartel are impressive, showing details textures, the art direction feels the same and uninspired.
Gameplay
70
There are plenty of little bumps along the way, but the game's forgiving nature prevents these missteps to become too annoying.
Single Player
53
Luckily the story moves along quickly, because it is lackadaisical and pedestrian. The AI is rough around the edges and the whole thing feels flat.
Multiplayer
71
Having a buddy in combat always feels better. Army of Two has little quirks here and there, to showcase its co-op focus, but fails to do anything truly interesting with the idea.
Performance
65
The game is so technically uninteresting that there really isn't much to showcase here. There's some poorly placed wait times, invisible walls, and combat glitches, but nothing too egregious.
Overall
68
The Devil's Cartel is passable as a co-op military shooter. It sets the bar so low and aims for such a low hanging fruit, that to say it's fine is actually a compliment. Unfortunately, it feels like a title you should be getting at a downloadable price, rather than full retail. Pick it up cheap and make a drinking game out of the story to really get your money's worth.

Army of Two: The Devil's Cartel 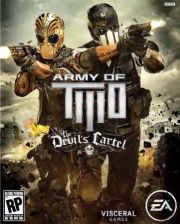 All videos for Army of Two: The Devil's Cartel (4)
Advertisement ▼