So far, it’s a mixed bag, and that’s how things tend to go in Resident Evil 6. For example, the core gameplay, still born of Resident Evil 4, remains fairly satisfying. While I would claim it has lost some of its weighty feel in this sequel, perhaps due to the new control system, negotiating groups of stumbling enemies with a limited arsenal is tense and popping zombie skulls is suitably gory.

Plus, the online co-op is a welcome addition, and mostly handled well. The game is designed for two players - gone are the days of being a lone survivor. The AI has improved since RE 5's fairly shambling sidekicks, and your computer friend will take a more of an active, and therefore helpful, role in shooting the baddies around you. On the other hand, I still found myself reaching points where I had to die five times before I waited for my computerized partner to casually stroll up to the checkpoint. This was not a particularly rare event, so to save frustration, a human partner is preferable. 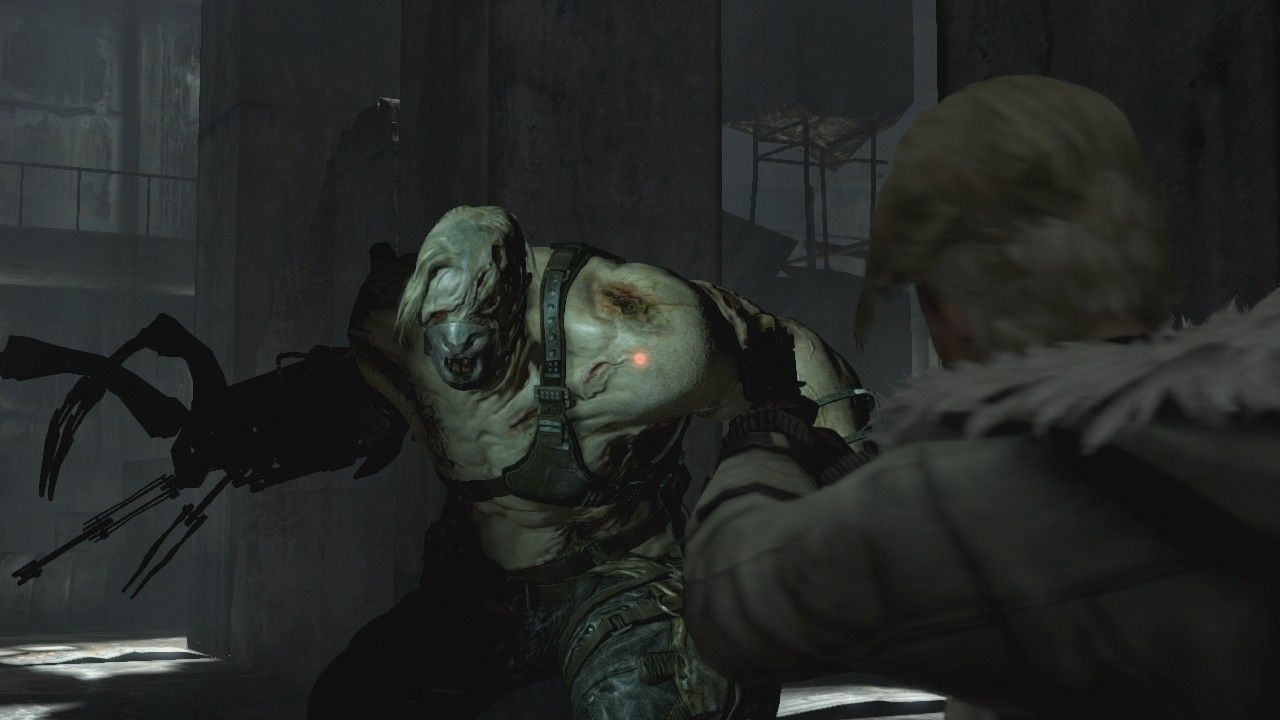 You can either team up with a friend from the outset, or have random players drop in at certain points in the story. It’s easy to customize what kind of online experience you want, and it’s great to have the option of local co-op too. You can even unlock the option to play as an enemy, appearing in another player’s campaign in real-time. Though a very neat idea, it’s unfortunately not as much fun as it sounds, and only worth a look for the curious.

A major gripe is the truly awkward menu system - the inventory is unclear and confusing. Gone are the days when you could quite happily sit for 10 minutes organizing your items, prioritizing which weapons to keep and which to sell. This strategic element has disappeared completely (there’s no upgrading your weapons either) and now it's a chore to even replenish your health. Get this - the game refuses to pause when you're flicking through menus. And not just the inventory menu, which understandably may have been implemented in order to increase the tension as you scramble for the first aid spray. Even if you just want to alter the game's brightness, put up subtitles or change the analogue sensitivity, THE GAME KEEPS GOING. This seems a bizarre and frustrating decision, supposedly to improve immersion, but immersion is not what you need when trying to configure your controller settings. God forbid you want a cup of tea, or the phone rings - when playing on a server, even if no one is in your game, you can’t stop the game at all, even with the Xbox guide. 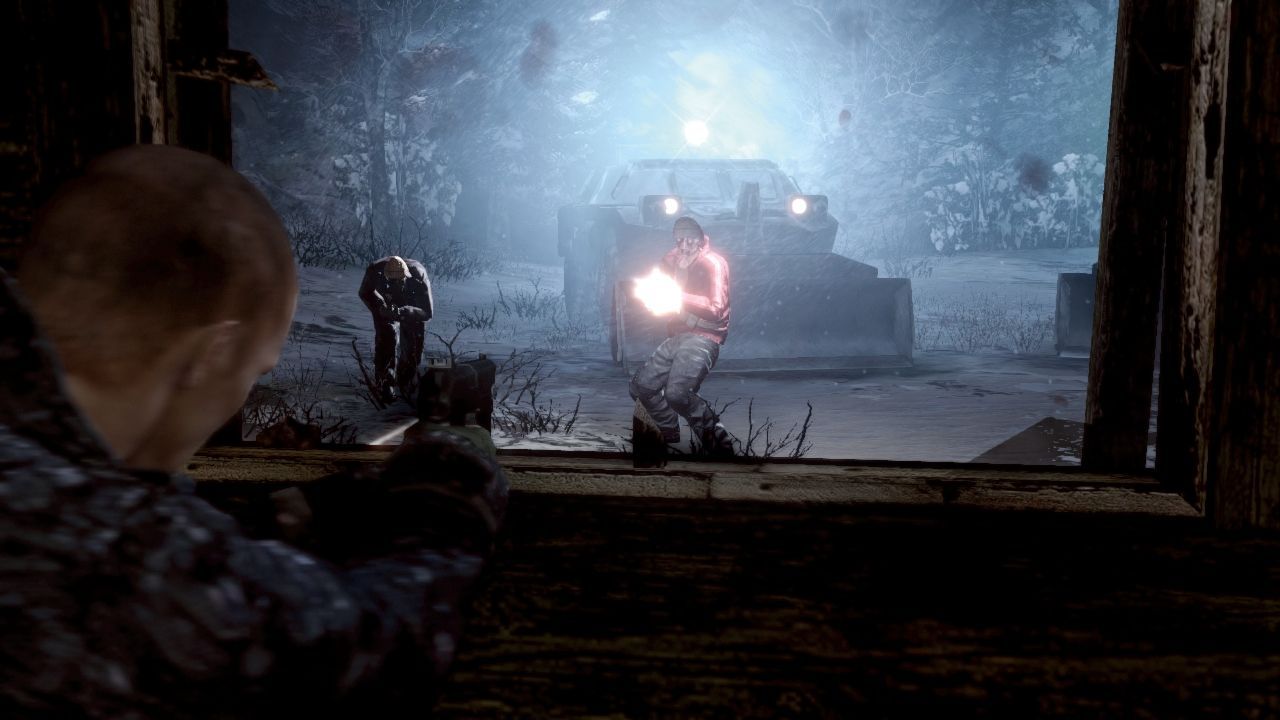 These are some of the many things that go unexplained within the game’s rushed tutorial, only to be discovered halfway through the game via a tip in the loading screening. The game feels like a confused mesh of ideas, some implemented well, but most lacking the polish that we’ve come to expect from Capcom’s headline games.

Visually, the game does feel like a triple-A title, as it can be impressively beautiful when it’s not too busy being dark and shadowy. The swooping mountains and sprawling landscapes are breathtaking, with most of the locations being detailed enough to be a believable part of the Resident Evil universe. It's clear that a lot of effort has been put into making the environments detailed, but, yet again, there are noticeable dips in quality. Take one of Jake’s areas - he’s stuck up a mountain and needs to go on an unexplained treasure hunt to find three keys to open the door and continue. Fine, sounds like a normal game progression mechanic. Except the developers thought that was too easy, and decided to add a raging snow storm into the mix, thus partially blinding your camera view. Playing any game while severely obscured from seeing the environment around you isn’t going to be fun, let alone when all you have to guide you around the confusing slopes are a vague distance counter and a misleading mini map. It really is a chore.

Our Review of Resident Evil 6
69%
Adequate
The Verdict:
"Occasional glimpses of a great game are ultimately marred by numerous frustrating flaws"
Game Ranking
Resident Evil 6 is ranked #1119 out of 1658 total reviewed games. It is ranked #104 out of 145 games reviewed in 2012.
1118. Towards The Pantheon
PC
1119. Resident Evil 6