The original Darksiders was a bare-bones port on the PC, but it was still functional and fairly unique on the platform as an action-adventure game. Its sequel is in the same boat; it still lacks graphics options beyond resolution, and has the visual fidelity of the console version with no apparent enhancements unless you wish to delve into your graphics card's control panel. The default controls are awkward and the key-rebind menu is hidden in a strange and unintuitive place. On the flip side, the game runs well on relatively modest hardware, and the controls are responsive and work well with the PC thanks to the higher frame rates and ability to use hotkeys for special attacks. It might be a straight port in most regards, but in a side-by-side comparison it's still probably the best version of the game.
2010's Darksiders saw one of the four horsemen of the Apocalypse ride to earth pre-maturely and doom mankind. You spent the game trying to clear your name as it was under false pretences that this extreme act was made, and must resolve the resulting conflict between heaven and hell. In the sequel, you play as Death as he attempts to redeem his brother's name by restoring humanity. To do this, you come to a planet populated by the 'Makers,' which is also home to the tree of life. The Makers are struggling against a mysterious form of corruption that has disabled the tree and harmed them. From here you will visit a large variety of locations and try to please some strange people in order to achieve your goal. 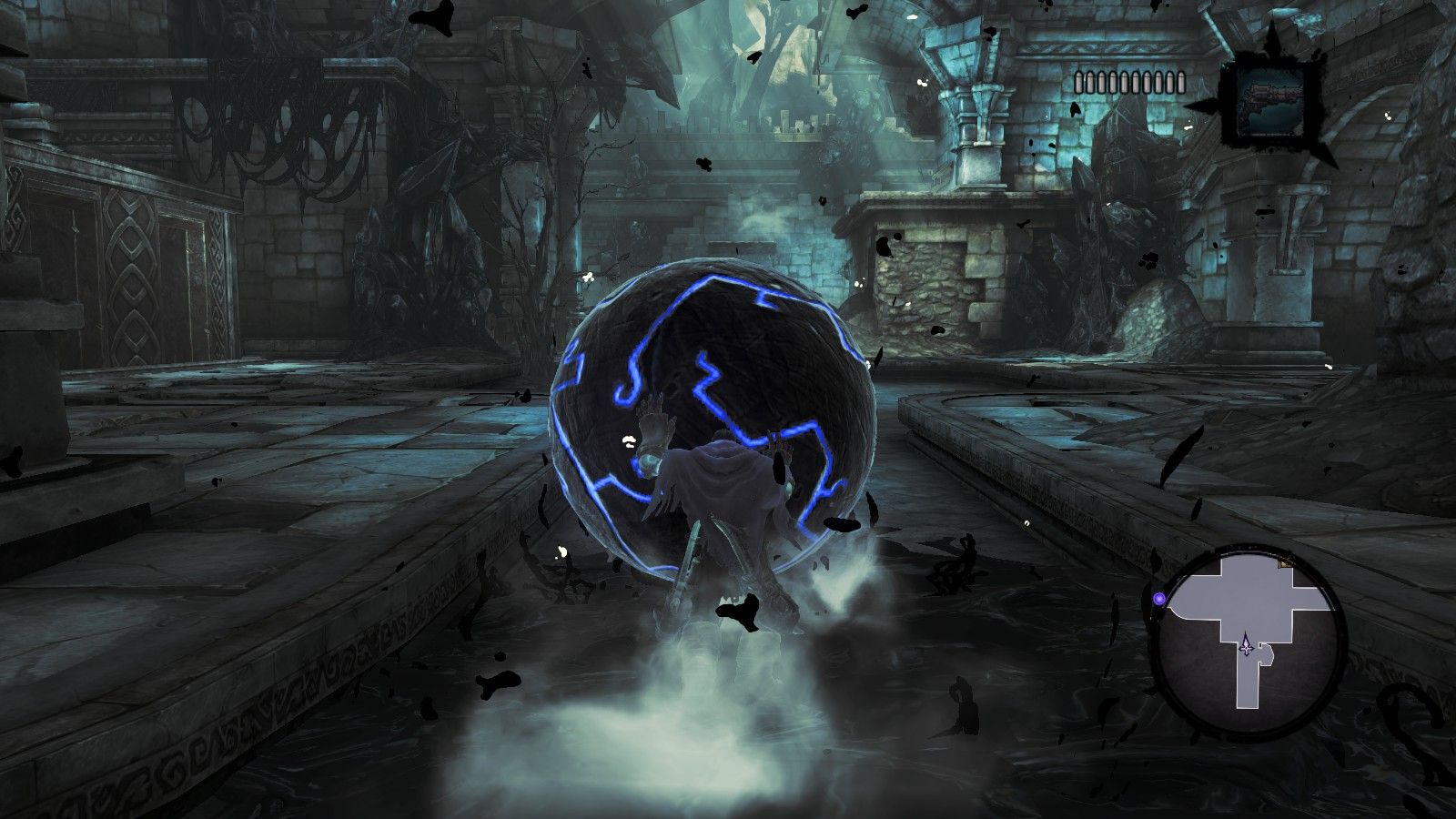 While the quality of the story is comparable to that of the first game, with some exciting high points and cliché lows, the storytelling has seen a significant increase in quality. There are some incredibly stylish and entertaining animated cut scenes throughout the game, with other in-engine cut scenes also moving the story along. The quality of the voice acting is high, and the writing isn't too bad if not a bit reliant on fantasy tropes. When you stop playing and start up the game after a break, a sentence about the story so far will be read to you while the game briefly loads. This improved storytelling makes it much easier to become invested in Death's quest and helps draw you in to the intriguing world full of biblical mythology and tormented souls.
While War's quest was fairly linear, Darksiders II is structured more like an RPG, with hubs where you can practice fighting, talk to people and trade. You will then ride from these hubs to the quest locations on your horse Despair where you will usually work your way through one of the many lengthy and varied dungeons. 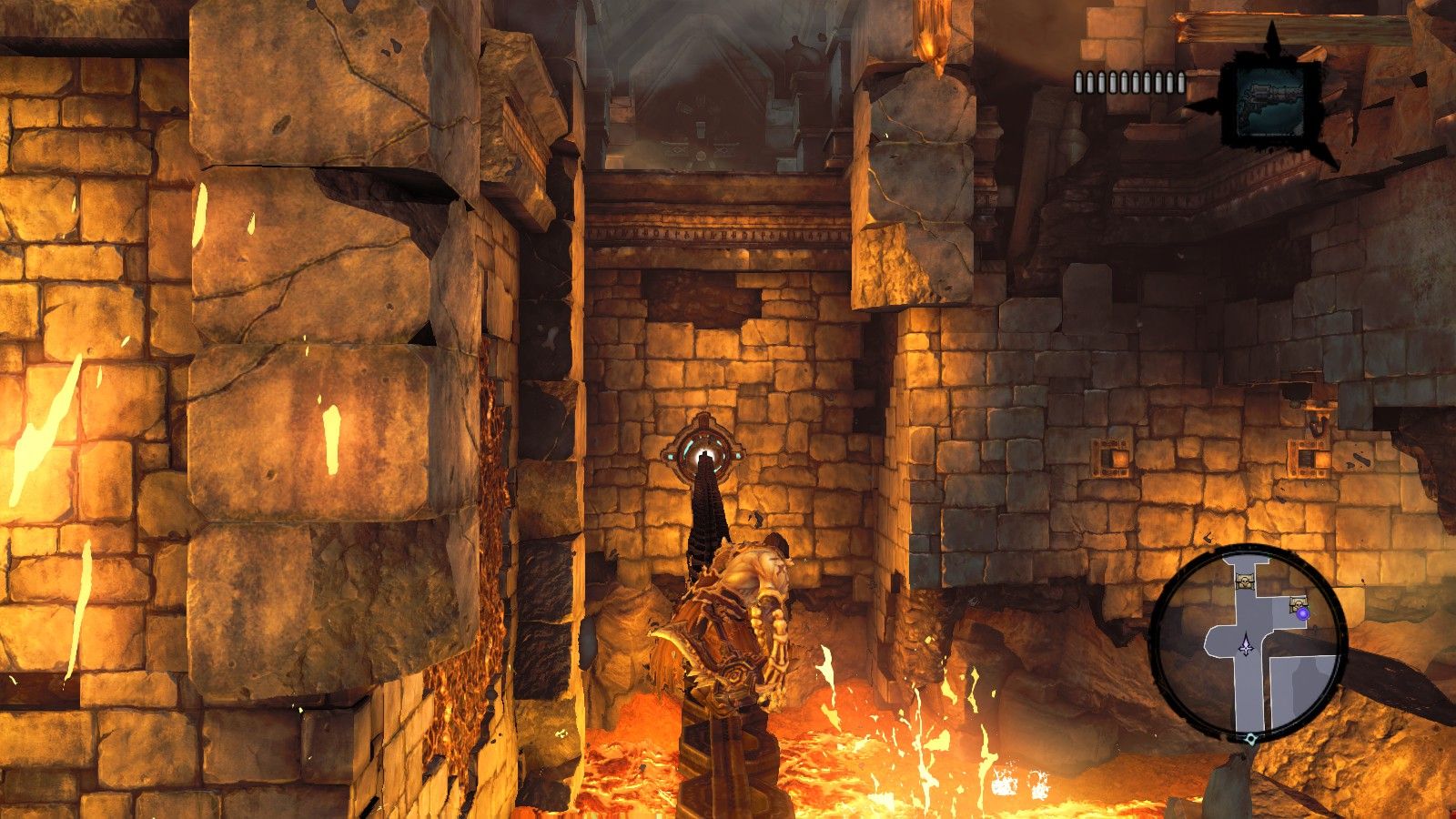 Death's agility makes up for his questionable fashion choices

There isn't a huge amount of freedom in Darksiders II's world, but a new loot and economy system provide incentive for exploration. Loot chests and collectables are often hidden in places that require some platforming or puzzle solving, and since both of these elements are so well executed you will find yourself going after these chests and items even if the rewards are underwhelming. You can also fast-travel to locations you have already visited, and it is clear the game wants you to do this at times as backtracking out of a dungeon is usually not possible. While the open areas between dungeons provide the illusion of freedom, Darksiders II for all intents and purposes a linear game, albeit one packed to the gills with quality content.
1234Next

All videos for Darksiders 2 (2)
Advertisement ▼