Arriving three years after the debut of the IP, Prototype 2 is a mostly enjoyable action romp that’s still focused on violence over everything else. It’s a good game, but it isn’t a very good sequel, as virtually most of the mechanics and elements remain unchanged and what was once novel now feels repetitive. If you wanted more Prototype, you should have been a little more careful of what you wished for. Prototype 2 can be a thrilling game, but it poses a question if more of the same was a good idea. 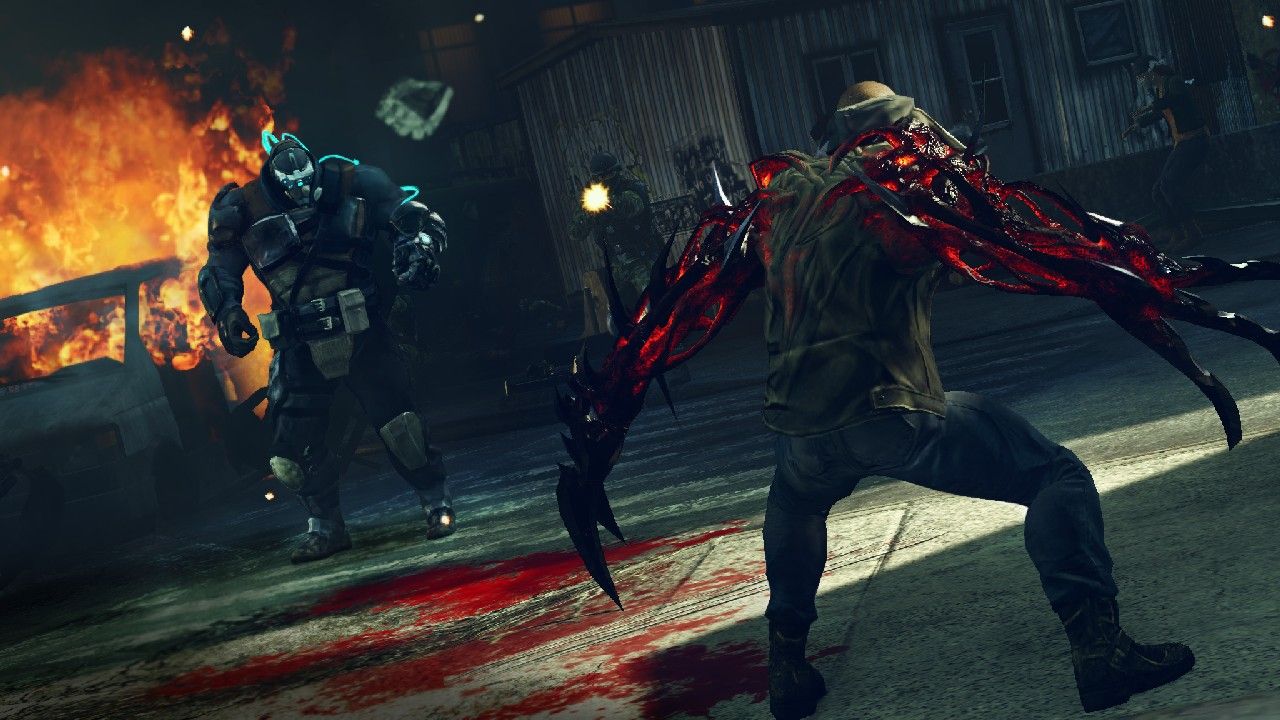 The main character of the game is James Heller, a man who returns home a year after the original outbreak, to find his family dead and figures that Alex Mercer – the original catalyst of the virus that is once again sweeping NYC – is to blame. Upon encounter, however, Mercer infuses Heller with his powers instead, hoping they can team up and take on the Blackwatch forces that are again seemingly the bad guys. Heller is not a very strong titular character as his frequent shifts between compassion and anger seem random and over the top, while the supporting cast is only there to fill various narrative stereotypes. Even Mercer himself is absent for a lot of the story. Most of the cutscenes take place in the same chaotic video style, and can be tough to interpret at times. Like the original game, Prototype 2 has a lengthy story with a few twists and good voice acting, however many of the subplots are forgettable and the ending is rather unsatisfying after so many hours of play leading up to it.

For those who missed the first game, there is a very brief story cutscene explaining the events. Prototype 2 once again takes place in NYC, which is under the effects of the Blacklight virus to various degrees. There are three islands (zones), and each is progressively worse – Green, Yellow, and Red zones range from citizens living in peace to infected roaming the streets, respectively. People and enemies alike live on the streets, and the random conversations which you can eavesdrop on add a bit of life to the game. Beyond that, however, they are still mindless drones ready for your consumption.

Your health is again restored by consuming enemies and civilians alike (which puts a dent into Heller’s supposed emotional side when he’s been eating the very same innocent people he is often so keen on saving from Blackwatch). Heller is able to evolve after earning enough experience and consuming enough poor baddies, which lets you select from a range of improvements from higher health to more devastating attacks. Players also search the open world for special enemies who can be consumed in order to improve one of your already unlocked attacks or abilities. It’s all fairly basic, and pretty much the same as before. 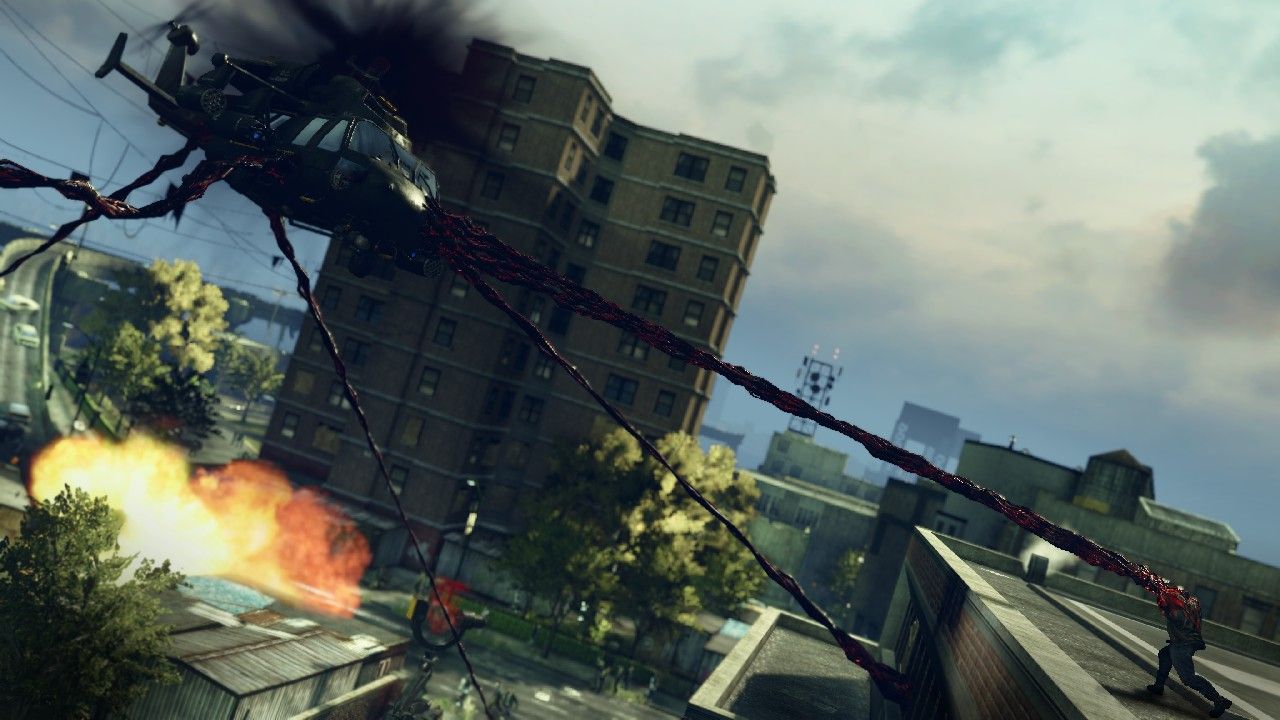 Fans who wanted more of Prototype will get their wish, but it comes as a disappointment because the game is, for the most part, unchanged. You still have the same powers to unlock, ranging from claws to whips and hammer fists, though it feels like the game takes its sweet time letting you have everything. It can be especially annoying to fans who played the original and already know what Heller should be capable of – but when it takes well over half of the story missions to unlock the last few powers, and even something basic like ability to hijack enemy vehicles and choppers – the pace of progression begins to suffer.

The game does make strides for improvement though, most notably with combat. The camera is now more responsive, providing you with precise and satisfying control during fights. Infected creatures are your common foes, though they are fewer in number and take longer to take down, thus eliminating the sometimes frustrating chaos of the original game in favor of more satisfying and coherent brawling. Most of the action now focuses on dodging the enemy attack and then unleashing some of your own, which can be a bit repetitive. Prototype 2 is also rather easy overall, with almost no enemies possessing the ability to reach you in the air – so you can simply perform aerial attacks all day long and barely worry about your health. There are some kind of bird-like infected you may have seen in the promotional material, but these only show up once in the game and you can’t even attack them directly.

Campaign missions in Prototype 2 can be entertaining, but they suffer significantly from repetition. Most are either about sneaking into an enemy base/building and consuming a key person, or destroying a threat. There is some variety, but it arrives far too late into the game to offset the amount of repetitive legwork that you’ve already had to do. Enemies now have a field of view and if you fail to stealth consume someone, the game will helpfully point out which enemies see you and thus must be eliminated or you wait for a better angle. Bases now also have special virus detectors, and if you’re within the scan radius will reveal your disguise after a brief amount of time. It’s a mechanic that was supposed to add some urgency to the infiltration, but it fails to do so as the detectors are easily avoidable (and even if you are caught, the game’s gentle difficulty means you might as well wipe out the whole base anyway). 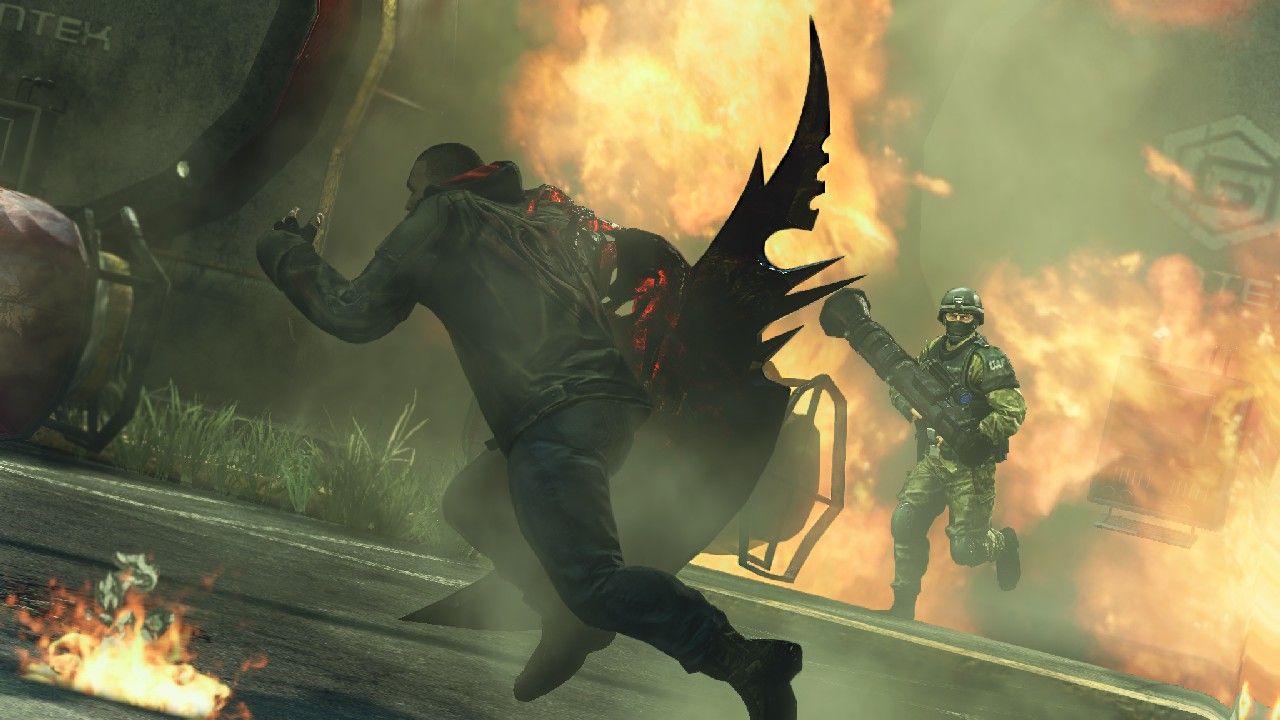 Being an open world game, Prototype featured a ton of side missions, races, challenges, and collectibles. It wasn’t anything original, but at least it made the world feel a bit more feature-rich. With Prototype 2, that offering is all but missing – most of the side content includes finding and consuming a specific enemy target, who can be found with the game’s “ping” mechanic. By sending out a pulse, you can track down the enemy based on where the wave returns from – it’s a mechanic that only serves to make a basic feature seem more complex. Consuming said target reveals new story elements via a cutscene. You can also collect audio fragments around the city, but these are completely irrelevant to the plot. And that’s about it – with that said, the city map in the game looks bare.

But it will be especially empty if you lack a RADNET code. RADNET edition of the game (for early adopters and pre-orders) includes a code that allows you to download all current and future DLC for the game. That DLC, as it turns out, includes all of those side missions and challenges that the original game had – now locked away behind an access code for new buyers only. The RADNET content is already detailed all the way through May and June, which begs the question if this is simply an “offline pass” to deter used game sales. If you have the code, it also unlocks the game’s only online functionality – friend leaderboards and in-game challenge rankings.

As was the case with the original game, Prototype 2 isn’t exactly pushing graphical boundaries. Most textures and characters in the game look dated and flat, and though that allows the game to run with zero slowdown during the most hectic battles, it none the less doesn’t look very appealing. Cinematic cutscenes, which look great and a presented in a black and white style, further emphasize the sharp contrast in quality between them and the in-game graphics. The sound design feels rather poor as well, with repetitive tunes and mostly reused sound elements. 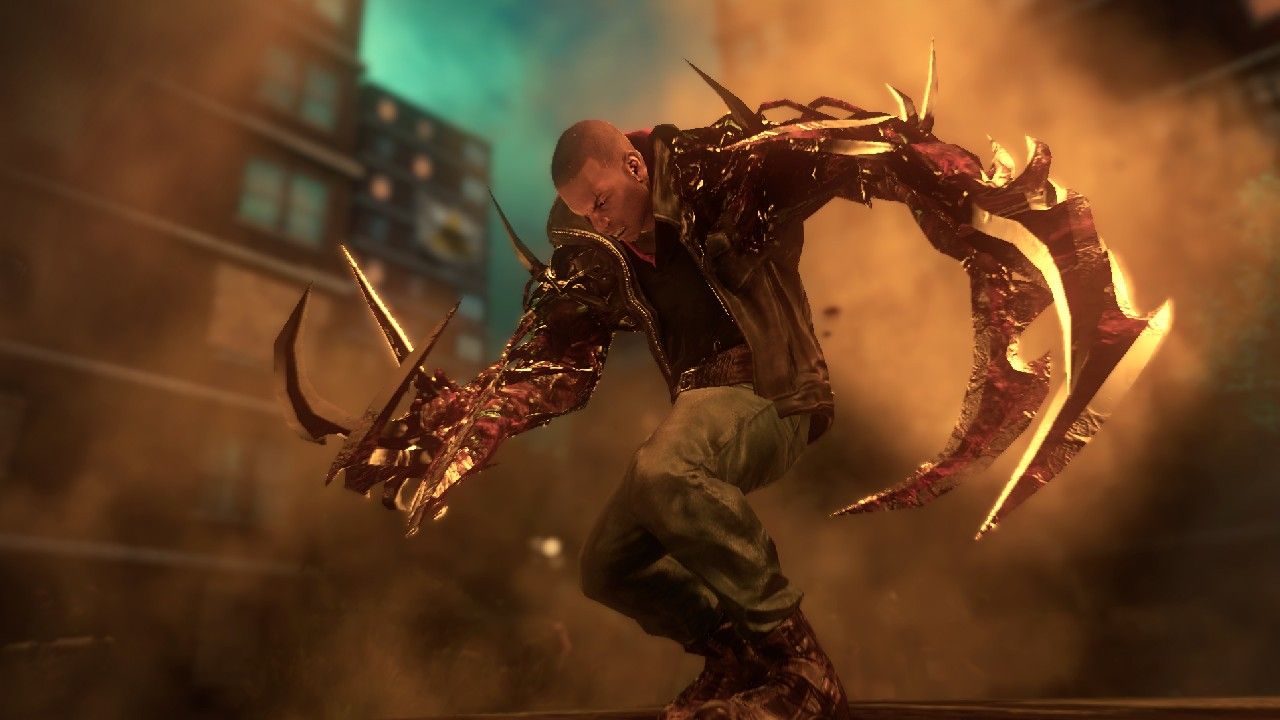 You may have noticed the over abundance of the words “like the original” and “once again” in this review. That’s because fans of Prototype will find little freshness in this sequel. Newcomers will enjoy updated combat mechanics and discovering all that the game has to offer – and to that end, Prototype 2 is still an enjoyable, action-heavy offering. But if you’re familiar with the original game, there’s simply not much to see that wasn’t already done before, now coming across with a repetitive and uneven pace. If you can entirely forget or have totally loved the original, give this enjoyably violent sequel a go. Those with a good memory, though, should consider if more of the same is worth the price of admission.

Our ratings for Prototype 2 on Xbox 360 out of 100 (Ratings FAQ)
Presentation
75
Notably dated visuals and very basic sound design. Good voice acting suffers due to mostly basic writing.
Gameplay
82
The combat is more satisfying than ever, though it feels rather easy at times. Most of the abilities and enemies come directly from the original Prototype, so fans may be disappointed.
Single Player
72
A decently lengthy story leads up to a less than thrilling conclusion. Most of the missions are repetitive in their objectives and gameplay. Distinct lack of side missions, if you don't have RADNET/purchased DLC.
Multiplayer
NR
Basic leaderboards, only unlocked by using/purchasing RADNET code.
Performance
85
The game runs without any problems, though there are occasional physics glitches and camera issues.
Overall
78
Prototype 2, although still very much an enjoyable action game on its own, suffers from repetition and fails to add anything significantly new to its predecessor's formula. Hardcore fans and newcomers will be pleased, but owners of Prototype should consider if they want more of the same.

All videos for Prototype 2 (5)
Advertisement ▼