It's been a while since Lost Odyssey, a Role Playing Game by Mistwalker, was released. I'm sure your wondering why I would bother to write this review now. Well with all of the excitement from E3 finally boiling down to a simmer I thought it would be nice to bring back this gem in time for the summer, so that it won't be lost to the next onslaught of gaming releases. The summer is the perfect time for a JRPG of this caliber. It's rich, warm, and emotional. It's a classic RPG that falls into the tropes of the genre, both its successes and faults. It's not innovative, but it is deep.

Lost Odyssey is a traditional JRPG full of classic elements that display polish that's come from a company who's been working in the genre for years. Mistwalker, being that company, is a successor of Square Enix, carrying on their unique style of Role Playing and their knack for storytelling. The game's score was written by Nobuo Uematsu, who composed most of the music for past Final Fantasy games. Lost Odyssey was released in February of 2008 in an unprecedented 4 disc box. Yes the game is that long. 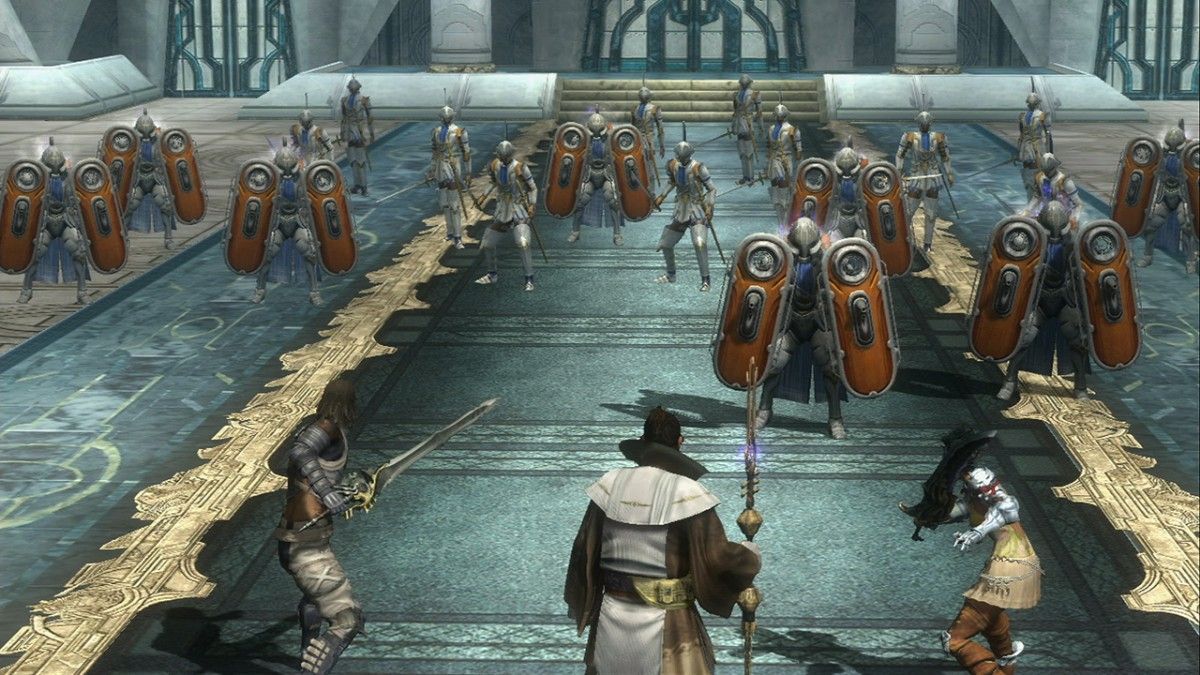 You play as Kaim Argonar, a 1000 year old immortal, who has lost all of his memory and is now become an emotionless soldier for the national of Uhra whose society has recently undergone a "magical-industrial revolution" that has changed the political and social landscape. The game begins, in notably epic fashion, with a great Lord of the Rings style battle on a wide open field, cutting beautifully from the sequence into your first taste of combat. Then, mysterious from out of the sky, a meteor slams into the battle killing everyone, except, of course, Kaim.

And thus, you set out on your adventure. Queries from the council of Uhra as to how you survived set the scope for the political battles that ensue. You are then sent out to examine The Grand Staff, the largest source of magic energy in the land. The story winds through the nations and dips into their pools of people to pull together a party. The story is linear in the fashion of JRPGs. It was penned by Kiyushi Shigemato, a famous short story writer in Japan. A notable contribution of his to the game is Thousand Years of Dreams, a collection of heartfelt "memories" locked deep within the minds of the immortal Kaim. Though not necessary to the main plot, these short stories detail the long forgotten memories of the immortals which are triggered by seemingly innocuous events like walking through a storm or noticing a very specific flower. They are rich stories, often dealing with the nature of death and the fragility of human existence. They're told only with text and music and some can take up to fifteen minutes to read fully. The whole game was translated by a Harvard professor, Jay Robin, which makes for a more than competent English version, if you were worrying. 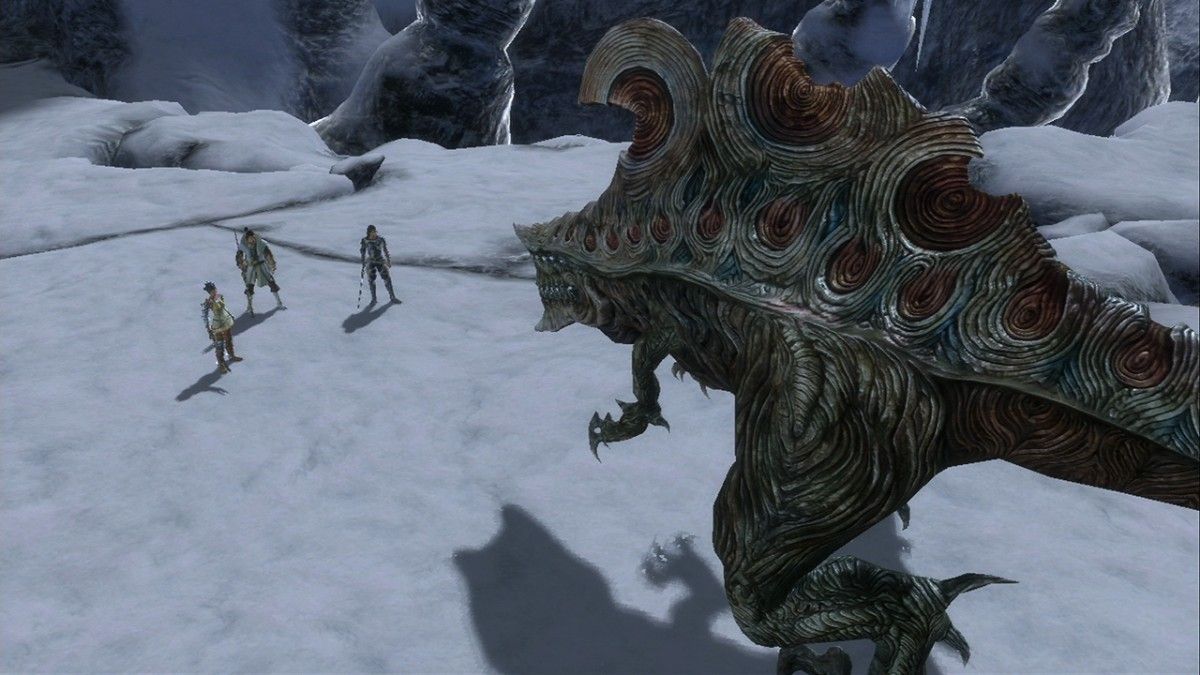 The writing still has the faults of Japanese storytelling though. Long expositions weigh down the plot and screw up the pacing. Dialogue can often drag on forever where the writing is dimwitted, awkward, and agonizing. Certain scenes, that at first tugged my heart, became annoying after the action was continually interrupted by another character's soliloquy. The plot can also move in the direction of utterly ridiculous. I don't want to spoil any specifics, but it often seems like the whole universe revolves around your party where great actions have no consequences. Simply put, the universe of Lost Odyssey is sometimes shallow. But these are the drawbacks inherent in the genre. JRPGs simply don't have the broad depth of titles like Oblivion or KOTOR who afford the player the option to get diverted on long side quests.

Classically, Lost Odyssey employs random encounters, combat is turn based, and standard attacks, skills, and spells are all part of the party. Combat is somewhat nuanced. There's a system that allows you to do extra damage with rings equipped. During combat, if you have a ring equipped, a circle will appear around your enemy and a larger circle will appear if you hold down the left trigger. You have to time it and release the left trigger when the larger one eclipses the smaller. The timing is difficult to get the hang of and can be a pain, even after a while I couldn't get solid perfects. Also adding a level of complexity is the skill-link. Immortals do not learn attacks on their own, they have to borrow the skills of the other members of your party, learning them over time. This way you can tailor your immortals to what fighting style you need them for. Though the ring system wears quickly, the skill link adds a nice level of depth. 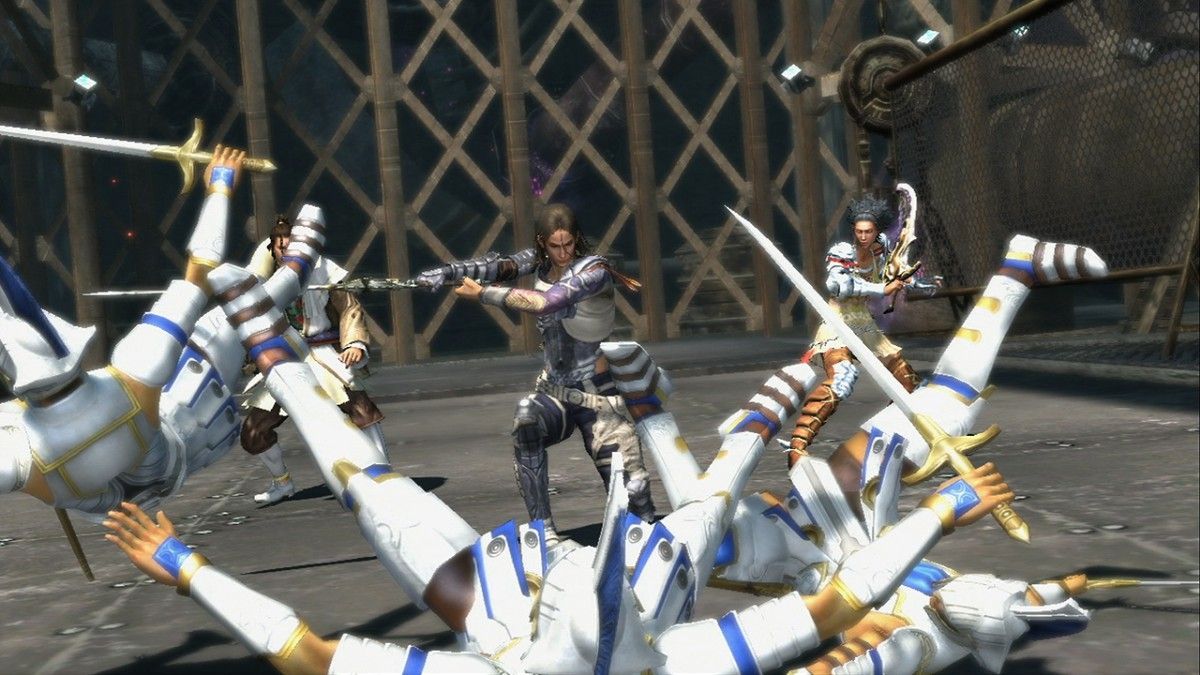 The graphics are solid, though not as good as the four discs would lead you to believe. The world is beautiful and every environment is detailed nicely. Little touches like wind rustling trees and magic halos swirling in the air breathe life into the world. But even though the game looks pretty good there are load times for every single room. It's really a pain to backtrack and going great distances will take forever. Plus loads for cutscenes and text. It makes you scratch your head and wonder why they needed the four discs.

Lost Odyssey is a modern relic. It has the qualities that make JRPGs great, while also not bothering to mend the things that make them not so great. There's nothing innovative or streamline about this game, so if you're looking for an easy ride, it aint here. But, if you were a fan of FFVII or if you have a soft heart then I'd say you should check it out. Worth a rental if you can hang onto it for a while, but also wonderful to revisit if you purchase.

Our ratings for Lost Odyssey on Xbox 360 out of 100 (Ratings FAQ)
Presentation
85
The graphics are fine, well detailed, and provide a vibrant world. Thousand Years of Dreams does a great job of melding the short story and video games. Perhaps not the best quality graphics for 4 discs.
Gameplay
80
As is standard in JRPGs you will spend a lot of time navigating the map, which is hampered by the load times. Combat is smooth and there's a lot of depth of strategy that should keep you thinking well into the fourth disc.
Single Player
89
The story is wonderful, very compelling, and emotionally rich. The game is very cut-scene heavy and story oriented, though it certainly does not lack combat.
Multiplayer
NR
None
Performance
70
There's a lot of loading, which makes navigating the world difficult and often makes you question the wisdom of backtracking. It screws up the pacing and is just a time sink. The game is relatively bug-free and runs smoothly.
Overall
85
Lost Odyssey is a game for fans of the classic JRPGs that can wade through the fluff to see the good game inside. This is a long, emotionally rich game, especially good if you have a lot of time to kill. 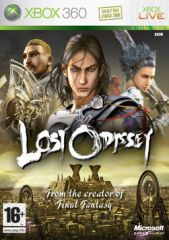