In 2009 Ska Studios released "Dishwasher: The Dead Samurai" on Xbox Live Arcade. Dishwasher was a hack n' slash side-scroller with loads of gore and violent weaponry. Dishwasher was designed, directed, and built all by one man, James Silva. Silva won numerous awards for this game and has since garnered the respect, and financial credit, of Microsoft. Now, flash-forward to a month ago, the sequel has been released and it boasts what is potentially the longest, strangest name on the arcade: "Dishwasher: The Dead Samurai- Vampire Smile." The sequel adds onto the story of the original, featuring the Dishwasher's re-born stepsister. It takes the original formula and revamps it with higher production value, smoother controls, and lots more content. 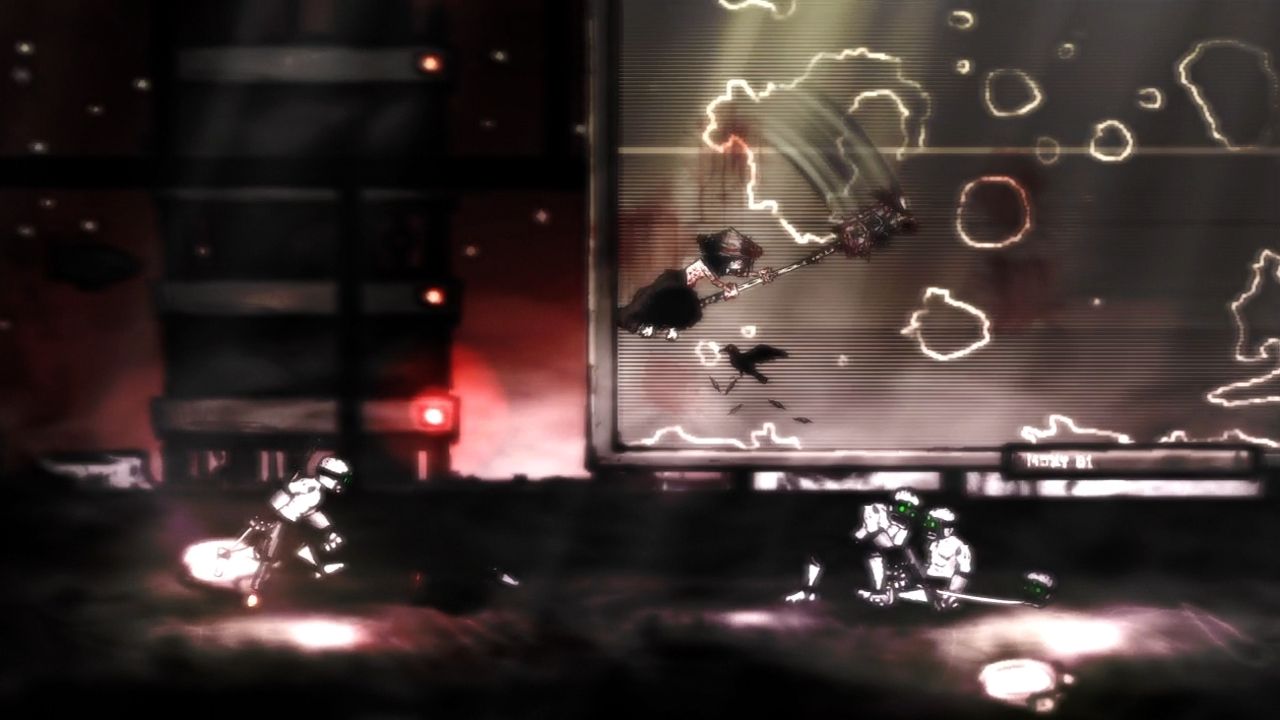 The art style is way nicer than the first game. The original Dishwasher's art design was good, but it was designed solely by Silva and it looked pretty gritty. The sequel has its own set of artists who've made the look, on the whole, much cleaner. Color transitions are smoother, which adds to the dark feel of the game. Enemies are better animated. And there are many more finishing moves. Dishwasher's emo-violent style comes off just as sick as in the original. Plus Microsoft has added 3D capability.

Dishwasher is not a game lauded for its storytelling. The original's story was total nonsense. But it was charming in a way that's really lovable-that is if you were into emo and Goth in middle school and you think gore's cuddly. But seriously, you play as a dishwasher raised from the dead to save the world for the enslavement of cyborgs by killing the synthesis-AI. Do I smell a Pulitzer? Like its predecessor the sequel is a violent romp through a handful of levels with an arcade to boot. Ska studios has added a second character, the dishwasher's sister, who was slain in the first game, and is now back and out for revenge. 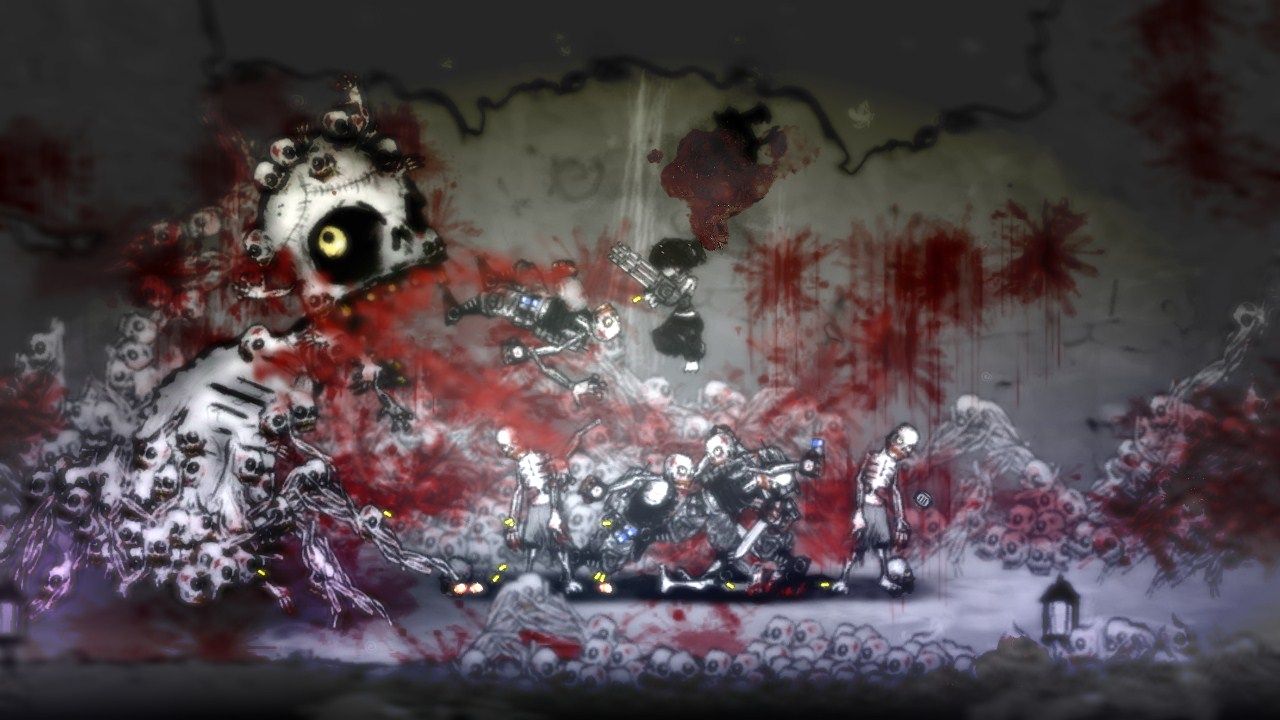 There are two campaigns, one for each sibling, which means double the content. Granted, many levels and bosses overlap, but the two protagonists each have their own fighting style for the player to master. Plus there are over 50 arcade levels to get into. All in all it's a staggering amount of content for an 800 point game. The two characters each provide their own array of sickeningly awesome weapons. I'm tempted to list them for you, but I'd rather that you just be pleasantly surprised. It should be noted that the weapon system has been improved. The triggers have been converted to "gun buttons" so that you can have access to your shotgun and SMG whenever you damn well please. Combos will come off smoother with the guns being swapped in and out, plus the controls are tight, responsive, and smart.

What really makes this game a doozy is the outright insanity of its difficulty. Straight back to the days of quarter-stealing arcades, Dishwasher is relentless. And you must be relentless to beat it. The enemies, and especially the bosses, deal lots of damage and have both close and ranged attacks. Your only advantage is a teleport button that allows you to put some distance in between you and your attackers. Teleport is very quick and responsive, but it often falls short of avoiding massive area attacks. The controls will take a while to master and each player will invariably find a room that pins them down for hours. You'll throw your control in a fit of frustration. But then later you'll find yourself thinking of how to outmaneuver those nasty vanishing samurai. 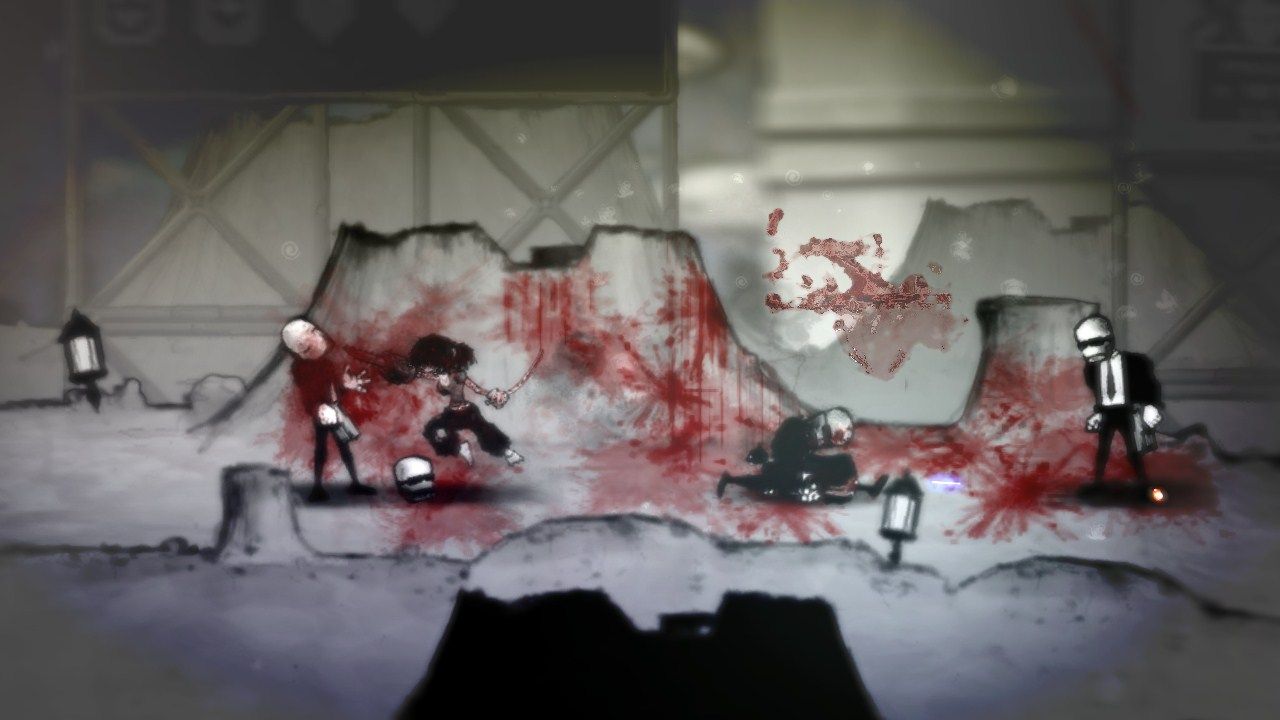 The biggest criticisms I have for this game are mostly due to the genre. As a hack n' slash game it will invariably get repetitive, button mashing will ensue, and you'll start to get bored. And again, be warned! This is a hard game. The original was brutal, for veterans and newcomers alike, regardless of the difficulty setting. So expect some heavy resistance. The repetitiveness and difficulty combined can make this a very frustrating game. As a seasoned vet I ran into a couple sections that had me pinned for days. This is not a game for the weak of stomach.

Dishwasher: The Dead Samurai-Vampire Smile is a solid game with loads of content that comes at an excellent price. However I recommend it only for lovers of side-scrollers in the vein of Alien Hominid and Castlevania, people who are in for a challenge. The difficulty is not that bad on a lower setting, but this is a complicated game nonetheless.

Our ratings for Dishwasher: Vampire Smile on Xbox 360 out of 100 (Ratings FAQ)
Presentation
95
The art here is edgy. You can switch the blood from red to black. It's also in 3D. The story is awesome with creepy dream sequences and eerie sound design. The music is not bad.
Gameplay
85
The controls are air-tight. There are loads of combos with the dozen or so unique weapons you can choose from. Enemy variety is wide and challenging. Gameplay can get repetitive/button mashy.
Single Player
78
There are two campaigns! The story is nonsense, but that's okay because you get fight cyborgs, robots, zombies, and ninjas. The bosses are great, each has its own flavor. The levels are linear, though with alot of detail. It is despicably difficult on all but the easiest difficulty settings, so expect a relentless challenge.
Multiplayer
80
Ska Studios has added a campaign on top of the co-op arcade. This is a fun game to play with a friend, as you'll find yourselves syncing up and performing beautiful combos. Online is a little lacklustre, there's very little competitive element.
Performance
85
It's tight, on point, with zero load times. It's a small game, but it runs well with a lot of effects.
Overall
85
This is a great and cheap side-scroller. There's also lots of replayability with a huge variety of enemies, weapons, and combos. The biggest turn offs are the difficulty and violence. If you're not ready for that, then you're not ready for Dishwasher. 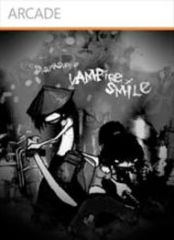